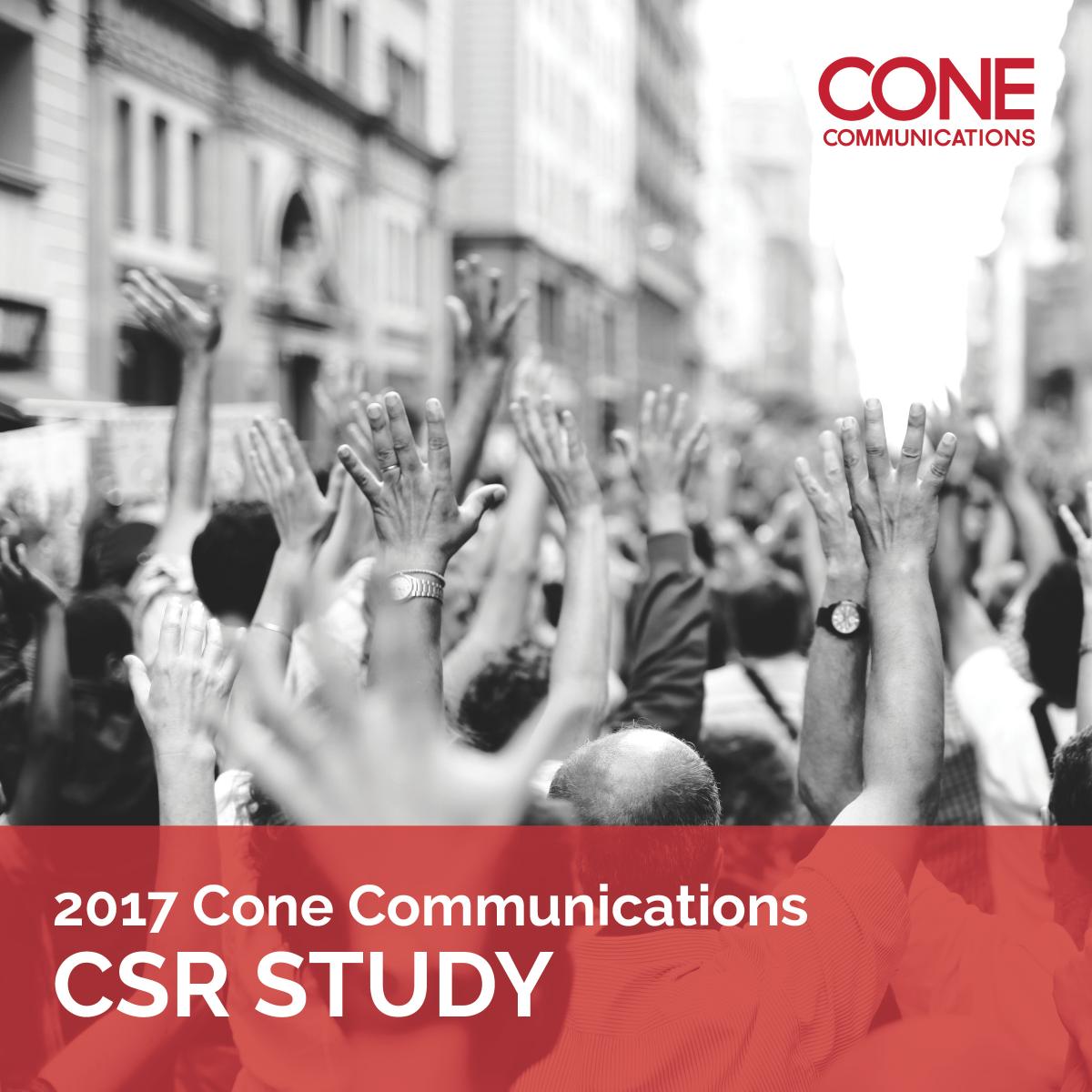 Seven-in-10 Americans believe companies have an obligation to take actions to improve issues that may not be relevant to everyday business operations, according to the 2017 Cone Communications CSR Study. The study, with benchmark data dating back to 1993, examines not only the consumer attitudes, perceptions and behaviors around corporate social responsibility (CSR), but also if and how companies should stand up for social injustices.

Although more than seven-in-10 (73%) Americans think global warming is happening and nearly the same amount (72%) say global warming is important to them personally, according to new research from Yale, the concept of climate change is still called into question on a nearly daily basis.

Stella Artois Asks Consumers to “Pour It Forward” for a Cause

A deeply rooted tenant of cause marketing is that when given a choice between two brands of similar price and quality, consumers will switch brands to one that is associated with a good cause. In fact, our 2017 Cone Communications CSR Study found nearly nine-in-10 (89%) would make that switch, steadily rising from 66 percent of consumers in 1993.

Unless you haven’t signed onto social media, looked at any major news site or stood by a water cooler in the past three days, chances are, you’ve heard of Nike’s new 30th anniversary campaign for “Just Do It.” As well as the face of the campaign, Colin Kaepernick, and the controversy surrounding that decision.

June is a meaningful time for the LGBTQ+ community. What started as a day to honor a significant catalyst for the gay rights movement — the 1969 Stonewall Riots — has expanded to a whole month of reflection, education and celebration. With rainbow-adorned cities around the world hosting a number of events and parades to celebrate the community, Pride Month is an important moment in time to recognize progress made and acknowledge work that still needs to be done.

Plastic pollution has become a trending topic over the past year. Companies have partnered with environmental organizations and nonprofits to upcycle plastic pollution, they have joined coalitions and launched a new initiative to address their supply chains – diverting plastic waste from our oceans. Plastic waste is such a critical issue, it was even the theme of this year’s Earth Day. With stakeholders from all industries working to decrease the impact of plastic pollutants, National Geographic kicked-off a multifaceted campaign leaning on its aptitude for storytelling in the hopes of reducing global reliance on single-use plastics.

Engaging Activations: How Companies Are Approaching Their Earth Day Initiatives

This weekend the world celebrates Earth Day – a time to reflect on environmental impact and take action to create sustainable change. Established in 1970, Earth Day is now celebrated by more than one billion people worldwide – including participation from countless companies. Here’s how organizations are choosing to keep the holiday fresh and top of mind through engaging consumer activations:

When news broke of this incident, Starbucks responded promptly with a statement, updated the response as the situation evolved, dispatched senior executives to the site to meet with community members, and involved their CEO as the situation clearly warranted. As an organization, Starbucks ran toward the issue. That's something many companies don't have a process for or the courage to do.

The Evolution of International Women’s Day As Brands #PressForChange

As International Women’s Day (IWD) continues to grow in momentum year over year, so too does company involvement. While in the past, many campaigns were short-lived or focused on more narrow issues like self-esteem and confidence, the conversation – and resulting programs – are shifting. Over the past year, movements like #MeToo and #TimesUp have evolved the dialogue, prompting brands to take on weightier elements of women’s rights. This year’s #PressForChange theme encouraged brands to forgo flashy campaigns and instead focus on creating programs that can make a lasting impact.

Companies Standing Up for Gun Control

The students of Marjory Stoneman Douglas High School have been thrust into a national debate and have made it clear that thoughts and prayers are not enough – they are demanding action from politicians, schools, the NRA and even businesses. We have seen this highly-politicized and divisive issue in the news before, but this time is different. Those students can’t be ignored. Companies are increasingly more comfortable standing up for and speaking out on hot button issues that have dominated the news over the last year.

Activating With Purpose: How Brands Too Can Make a Difference for Women

With all of this focus on women and gender equality continuing to dominate conversations in the media, it’s no surprise that consumers are taking notice – something that companies should not take lightly as the majority of Americans (76 percent) say they would boycott a company based on corporate values. Even more notable, is that more than eighty percent (84 percent) rank women’s rights as one of the most pressing issues they expect companies to address. Here’s a roundup of four companies committing to gender equality in big ways: