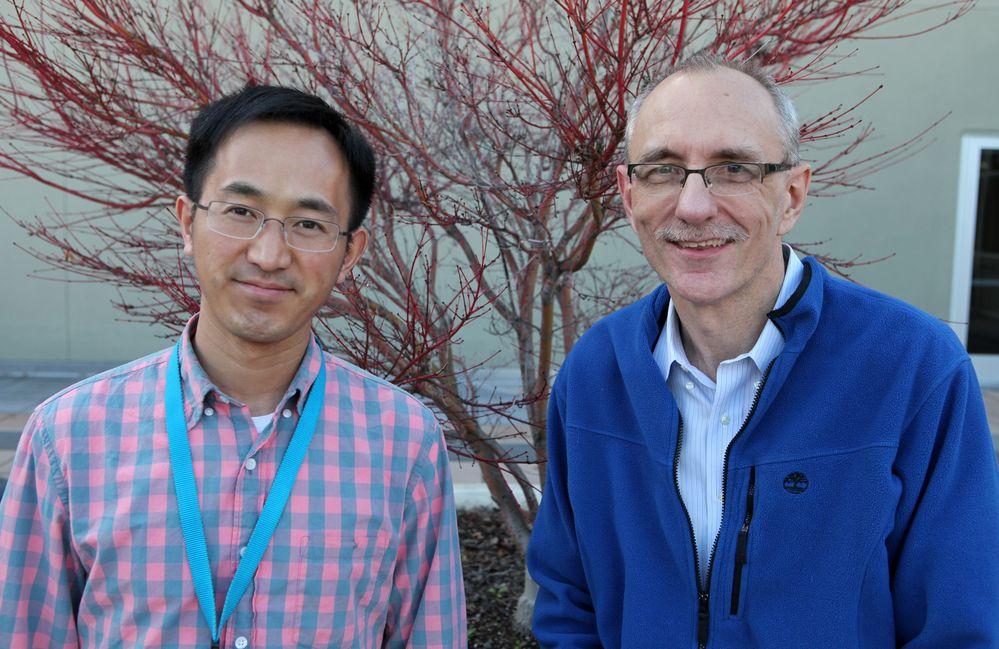 Commercial and residential buildings together account for 40 percent of all US energy consumption.1 That alone is a major incentive to make both more energy efficient, suggests HP Labs researcher Rongliang Zhou.

“If we can better match the air conditioning, lighting, and power provided in buildings to their actual energy needs, we can save money for building owners of all kinds,” he says.

A member of HP’s Emerging Compute Lab, Zhou has been leading an effort to explore doing this – looking first at large commercial office buildings like the one he works in – through the integration of new sensors and improved building management software in a program called HP Smart Building Analytics.

Currently, most office buildings are recommissioned only every two to five years. But many system elements, such as sensors or actuators in variable air volume (VAV) boxes, air handling units (AHUs), and thermostats can malfunction long before then. In addition, most building spaces will get repurposed during that time, leading to mismatches between the utilities supplied and what the building’s users actually need.

Today, says Zhou, “very little of this is tracked and so it’s very inefficient.”

The HP Labs team quickly realized that much of the core hardware they needed to tackle these inefficiencies already sits in most commercial buildings – a fair amount of it made by HP. Not only do existing lighting and building management systems offer opportunities for data collection and analysis, but IT equipment like printers and desktop computers contain multiple sensors that can be tapped to monitor the environment.

It’s also relatively cost effective to add more sensors to these devices. To understand which would be most useful, Zhou and HP Fellow Bruce Fleming created a small Windows device about the size of a cell phone they called SEED, pre-loaded with temperature, humidity, pressure, light, human presence and motion-related sensors.

“We can place SEED in a room and it will detect both the current environmental conditions and also whether the room is occupied or not,” says Zhou. “Connect it to a building’s existing management system and already you can begin to improve how you match energy supply with demand.”

A series of field trials demonstrated the impact this could have. When they placed SEED in several HP conference rooms, the researchers discovered that simply by matching lighting and air conditioning with actual demand, they could reduce energy costs by 13%.

“If every conference room owned by HP worldwide had a similar size and use pattern as the ones we studied,” Zhou reports, “that would translate into substantial savings to the company on an annual basis.”

The team also found that the rooms they measured remained unused for roughly 35% of the normal work week, suggesting that the company could make much better use of its existing real estate.

Another analysis, meanwhile, looked at how more than 60 air handling units were scheduled across HP’s Palo Alto campus. The researchers found multiple cases where the equipment was running when it wasn’t required or where malfunctioning sensors impacted the units’ operational efficiency.

“This cost us almost nothing to figure out, but it instantly brought us significant annual savings, demonstrating the financial benefits that can accrue from enabling your buildings to be “smart”” observes Zhou.

Most businesses pay for efficiency upgrades when they refurbish their buildings and then hope to recoup the upgrade cost from lower energy bills in future years. But the HP research suggested the viability of an alternative model: “continuous re-commissioning,” where data from disparate sources, including the existing management system, are constantly synthesized and analyzed for actionable insights, utilizing machine learning techniques and an enterprise-grade Internet of Things .  This servicing offers similar efficiency improvements to an all-in remodel, but without the often substantial upfront cost.

HP’s vision for Smart Building Analytics goes beyond continuous re-commissioning, however. The Labs team has been investigating how they can integrate existing HP technology that locates people inside buildings, for example, asking how increased sensing granularity and mobility might offer deeper insights that make buildings smarter by increasing their energy efficiency, making them more comfortable to work in, and enhancing the workflows that take place within them.

On the software side, they have been developing new data collection, analysis, and integration methodologies for variously-sourced data from within buildings, with a particular focus on better matching building services to occupant needs.

“A wider goal here is to make buildings context aware,” says Zhou. “They should only consume energy when needed, but they can also do things like direct people to the rooms they are set to meet in, or inform them where the nearest printer that suits their needs is located.”

HP’s Smart Building Analytics research could find its way into multiple existing HP products, and corporate customers may want new sensor and analytics capabilities built into their HP laptops, tablets, and other devices so they can be tapped to make office environments more energy smart. The work might also lead to new, more efficient building services solutions from the campus-scale down to that of an individual domestic home.

The entire building industry could do more to match energy supply to the changing conditions demanded by the people, materials, and machines that they house, impacting not only energy use but also productivity, Zhou believes.

“Building services technologies haven’t advanced that much over the last few decades,” he notes. “We’re definitely at a point where we can expect some exciting changes, and I think HP is poised to make a strong contribution.”