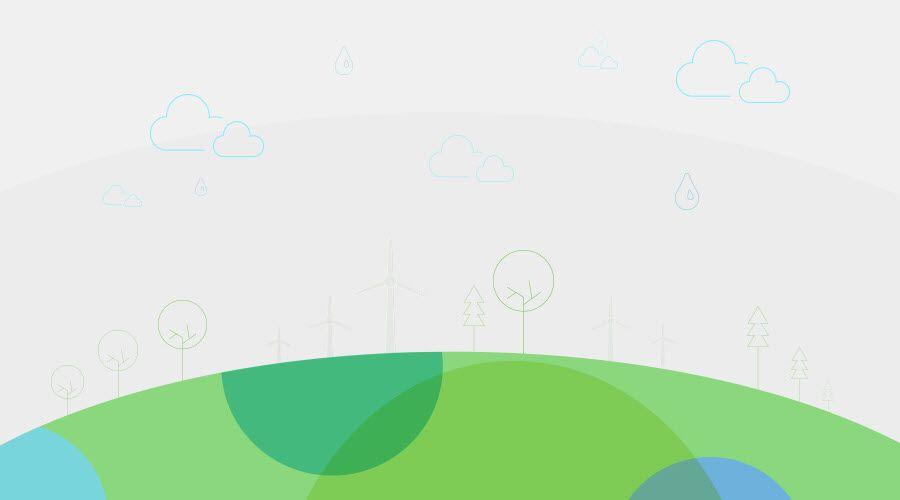 Planet Earth. It’s home to more than 7.3 billion people and millions of identified species of animals, insects and plants.

A scientific wonder, the Earth provides the natural resources, such as water, air, and soil, that allow all living creatures on the planet to survive—and thrive.

But today Planet Earth and its inhabitants are at risk.

According to independent analyses conducted by the National Aeronautics and Space Administration (NASA) and the National Oceanic and Atmospheric Administration (NOAA), 2016 was the warmest year on record globally and represented the third record year in a row. The analyses noted that the rise in temperature is being driven primarily by increased carbon dioxide and other human-made greenhouse gas (GHG) emissions.

For HP, lowering GHG emissions across its product portfolio, operations, and supply chain is part of the company’s long-term business strategy and represents its commitment to support the United Nations’ climate agreement signed in Paris in December 2015.

Reducing the impact of HP's products

Founded in 1992, HP’s Design for Environment program has defined how HP develops products that use less energy, require less resources to make and use, and are more easily reused and recycled.

One area of focus is electricity consumption, which represents approximately 70 percent of the GHG emissions associated with the use of HP products. Through design innovations, HP has reduced the energy consumption of its personal systems portfolio by 25 percent, its HP LaserJet portfolio by 56 percent, and its HP inkjet portfolio by 20 percent since 2010.

This innovative spirit continues with recent product offerings, including the newly announced HP PageWide Pro A3 multifunction printers, which have best-in-class energy efficiency when compared to comparable laser printers. And these design advances support HP’s goal to reduce the GHG emissions intensity of its product portfolio by 25 percent by 2020, compared to 2010.

HP’s efforts were recently recognized by the Environmental Protection Agency, which honored the company with a 2017 EPA ENERGY STAR Award for Excellence in Energy-Efficient Product Design for its commitment to improving the availability of energy-efficient products in the marketplace.

Today HP is building on this legacy of sustainable design by reinventing product design, business models, and industry supply chains to create a more efficient, circular and low-carbon economy.

Through these efforts HP is helping decouple growth from consumption by developing solutions that enable the company and its customers to keep materials in use at their highest state of value for the longest possible time. These solutions also require less resources to make and use and are more easily repurposed at end of use.

For example, the HP Elite Slice is a compact, yet powerful desktop solution that is smaller in size compared to older ultra-slim desktop towers, which means it requires less materials. At the same time, it consumes 50 percent less energy than a comparable small form factor desktop, which significantly reduces its carbon footprint.

HP is also shifting to flexible service models, which provide real value to customers while reducing waste and costs, extending product lifespans, and increasing reuse and recycling. HP Instant Ink, a consumer-based subscription service, is a great example of this new model. The service ensures that customers never run out of ink when they need it, while helping them lower their environment impact. It reduces costs by up to 50 percent and lowers the carbon footprint related to ink cartridge purchase and disposal by an estimated 70 percent.

And HP is transforming how whole industries design, make and distribute products by helping people create products in a more efficient, economical and environmentally conscious way. For example, its commercial digital on-demand printing can improve efficiencies and reduce costs and waste by better matching supply and demand. In one case, a book printer and publisher found that on-demand printing helped the company cut inventory by 28 percent, reduce warehouse space by 19 percent, and bring 1,100 titles back into print.

Innovating across the enterprise

At the same time, HP is taking steps within its operations and supply chain to reduce its overall carbon footprint. This includes incorporating resource conservation into its day-to-day operations, such as implementing smart building technology in its facilities to identify operating inefficiencies, and shifting to less GHG-intensive energy sources.

This work is reflected in a pledge HP made in 2016 to achieve 100 percent renewable electricity usage in its global operations. And it supports a commitment HP made in February 2017 to reduce the GHG emissions from its global operations by 25 percent by 2025, compared to 2015 levels. This new commitment builds on two previous goals HP set and achieved to reduce Scope 1 and Scope 2 GHG emissions from operations.

The program has already helped more than 200 supplier sites cumulatively save more than 500 million kWh of electricity, 800,000 tonnes of CO2e emissions, and an estimated $65 million. These types of results helped HP achieve an industry-first goal to reduce the GHG emissions intensity of first-tier manufacturing and product transportation in its supply chain by 20 percent by 2020, compared to 2010 five years ahead of time.

HP’s sustainability efforts are driving the company’s vision of engineering amazing technologies that make life better for everyone, everywhere—and create a healthier world that can support the lives and livelihoods of generations to come.