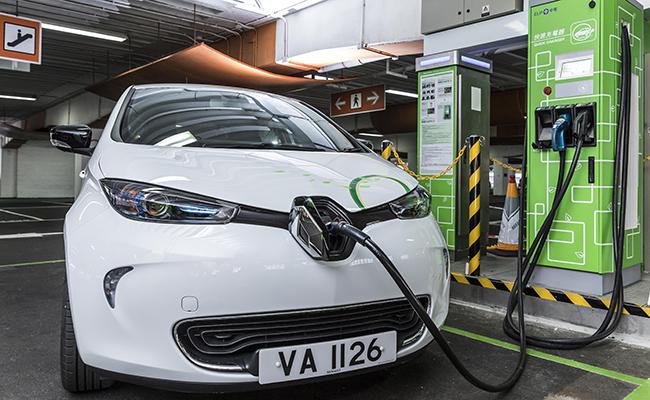 CLP has committed to transitioning its fleet to electric vehicles and aims to bring appropriate charging infrastructure to its workplaces across its markets, both by 2030.

May 29, 2019 /3BL Media/ - The CLP Group has committed to transitioning its fleet of more than 1,000 cars to electric vehicles (EVs) by 2030 and encouraging more employees to switch to EVs, as the Group has become the first Hong Kong company to join the global EV100 initiative run by the international non-profit organisation The Climate Group. EV100 brings together leading businesses committed to making electric transport “the new normal” by 2030.

As part of its commitment, CLP targets to convert all of its vehicles weighing below 3.5 tonnes and half of those weighing between 3.5 and 7.5 tonnes to EVs by 2030, where realistically feasible. Among the vehicles it has across its markets, more than 900 weigh less than 3.5 tonnes.

The Group also encourages its employees to adopt low-carbon driving through providing EV charging facilities at its workplaces. Currently, CLP has equipped all its premises in Hong Kong with a total of 196 charging points. It aims to bring appropriate charging infrastructure to its workplaces across other regions by 2030 in order to support staff who rely on car transport for commuting to switch to EV.

Beyond its operations, CLP supports green motoring in Hong Kong through the provision of 54 free public EV charging stations with a total of 161 charging points in its supply area by CLP Power Hong Kong limited, while Smart Charge, its joint venture investment, provides a one-stop service for EV owners to address the entire process of charging from site layout to installation recommendations.

Richard Lancaster, Chief Executive Officer of CLP, said, “Electric vehicles reduce greenhouse gas emissions and help alleviate roadside air pollution. This is particularly important for the densely-populated Asian cities in which we operate. A shift to electric transport is a global trend, and as a major electricity supplier we see our role as leading and enabling this transition. Joining EV100 is a natural step for us and further cements our commitment to accelerating the transition to electric vehicles.”

Helen Clarkson, Chief Executive Officer at The Climate Group, said, “With air pollution posing an increasing public health threat and transport emissions still not falling fast enough, we need ambitious business leadership to drive the switch to clean, electric transport. As a major power utility, CLP is already bringing electricity to millions of customers - and by joining EV100, they are now leading the charge in electrifying global transport systems too.”

CLP Holdings Limited, a company listed on the Stock Exchange of Hong Kong, is the holding company for the CLP Group, one of the largest investor-owned power businesses in Asia Pacific. Through CLP Power Hong Kong Limited, it operates a vertically-integrated electricity supply business providing a highly-reliable supply of electricity to 80% of Hong Kong’s population.

Outside Hong Kong, CLP holds investment in the energy sector in Mainland China, India, Southeast Asia, Taiwan and Australia. Its diversified portfolio of generating assets uses a wide range of fuels including coal, gas, nuclear and renewable sources. CLP is one of the largest external investors in the Mainland’s renewable energy sector. In India, it is one of the biggest renewable energy producers and among the largest foreign investors in the electricity sector. In Australia, its wholly-owned subsidiary EnergyAustralia is one of the largest integrated energy companies, providing gas and electricity to about 2.55 million households and businesses.

Steps to Shrink Our Footprint

Taking the Heat out of Energy Storage

Shining a Light on Heritage

The Power of Design Thinking