Nestlé in the U.S.: Healthy Planet

Our 2030 ambition: Strive for zero environmental impact in our operations

The UN estimates that by 2050 the world’s population will grow to almost 9 billion people. In the next 15 years, almost half of the world’s population will be living in areas that are running out of water. Most of the population growth will be in developing countries, where climate change is having the most serious impact. An estimated 60 percent more food will be needed to feed the world, and growing that food will put more stress on already fragile water supplies. Water, and the lack of it, is the biggest challenge the world faces going forward.

The UN believes that the key to adapting to climate change is better water management. We believe this too! Businesses have a huge role to play in reducing water use. As the world’s largest food and beverages company, all areas of our business use water. Farmers need it to grow the crops that we use to make the foods we produce. We also use water in our factories. Here we can take the lead by reducing our water use every year, and finding new ways of reusing it to ensure nothing is wasted by us or those we work with. We must do all we can to protect this precious resource.

Through our industry associations we are supporting global efforts to create sustainable businesses, and care for all of the earth’s natural resources. And we have set ambitious targets to reduce the environmental impact of our operations.

If we are to continue to grow sustainably we must ensure we use the planet’s resources wisely. We are working towards the day when, through efficiencies and new technologies, we can reduce our environmental impact to zero. This will take time but we firmly believe it is achievable.

Nestlé Waters North America, in partnership with SMUD, today announced agreements that will allow its facility in Sacramento, California to be powered by 100% renewable energy. The agreement is a major step towards parent company Nestlé’s global goal to transition to 100% renewable electricity use in its operations.

The clean, renewable electricity generated by SMUD will be used by Nestlé Waters North America to produce sustainably-sourced, healthy beverage options for Californians, including the company’s Arrowhead® Brand Mountain Spring Water and Nestlé® Pure Life® Purified Water. By transitioning its electrical power needs to renewable sources, the carbon footprint of the Nestlé Waters factory will be reduced by more than 21,279 metric tons of carbon dioxide over the next three years.

Bees are critical to one-third of the world’s crops, including ingredients that are used in more than one-third of HÄAGEN-DAZS ice cream flavors such as Vanilla Swiss Almond, Strawberry and Rocky Road. However, bees are being threatened at a staggering rate as an estimated one-third of honey bee colonies were lost between April 2016 and March 2017. Today, HÄAGEN-DAZS celebrates 10 years of passionate support for these extraordinary pollinators to ensure they can continue to thrive and enrich the planet.

Nestlé Waters North America announced today that its Cabazon and Los Angeles, Calif. factories have received certification against the rigorous Alliance for Water Stewardship (AWS) Standard, with the Cabazon facility achieving an AWS Gold certification – the first facility in North America to do so.

When you take a bite of a hot slice of California Pizza Kitchen’s Mushroom and Green Onion pizza, you’re surely not thinking of mushroom farms, organic soil and sustainability.

Next time, perhaps you will.

What you might not know is that those mushrooms, and the farmers who grow them at the Pennsylvania-based Mother Earth Organic Mushrooms, are part of an awesome cycle of care that supports organic farms throughout the East Coast. Nestlé values the farm’s high-quality mushrooms, their rich flavor and the nutritional boost they provide — but we also seek out partners like Mother Earth to create shared value that goes beyond the products we create.

No Time to Waste Our Waste: What Does It Take to Create a Recycling Movement?

Nowadays, “plastic” can sound to some like a four-letter word. That is not entirely without reason. Mismanaged waste, of all kinds, too often is ending up at the side of the road, in fields and meadows, meandering through our streams, choking our waterways and entering our oceans. We can all agree that this is simply unacceptable.

Last year, Nestlé joined state and local governments, universities, and other companies to say that #WeAreStillIn to fight climate change and support the Paris Agreement. We pledged to continue to take real steps to reduce our greenhouse gas emissions and accelerate our transition to a clean energy economy, reaffirming our commitment to caring for the planet for future generations.

Though global efforts on climate change are often shaped in places like Paris, Bonn, and Toronto, much of the important work in this space is happening in places like Benton County, Indiana, and Allentown, Pennsylvania — two places Nestlé knows quite well and will know even better in the years ahead.

A life cycle assessment of Nestlé Purina U.S. showed that our biggest environmental impact happens before the ingredients even reach our production facilities. Since we don’t own the farms or fisheries where our quality ingredients are grown or raised, we partner with growers and organizations along the supply chain to address challenges together.

Today is America Recycles Day, a nationally recognized day meant to promote and celebrate recycling in the United States, and like many organizations around the country, Nestlé Waters North America is marking the day by reflecting on the momentum built in the past year, and recommitting ourselves to doing our part to address recycling issues in the United States. 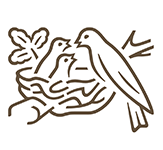