Across Canada, an estimated one million children depend on school lunch programs. When summer arrives and schools close, many go without. 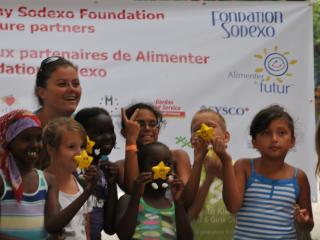 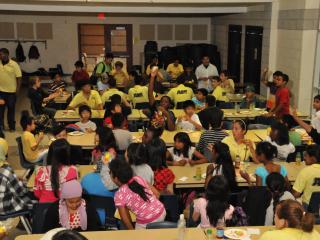 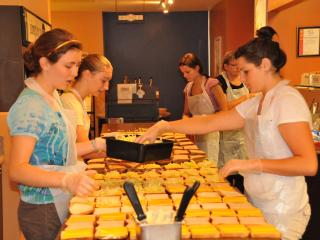 TORONTO, July 5, 2016 /3BL Media/ – Sodexo Stop Hunger Foundation’s Feeding Our Future initiative, which is expected to serve 135,000 free lunches to at risk children this summer, is launching today in nine cities across Canada. The long-term project is Canada’s largest summer lunch program and has delivered well over one million lunches since its inception in 2001.

The need is dire. According to the 2014 Household Food Insecurity in Canada Report, one in six Canadian children under the age of 18 live in households that have experienced difficulties in providing nutritious meals. Underprivileged children who rely on school lunch programs are particularly vulnerable when their schools are closed.

“About one million children depend on school lunch programs and many are left to fend for themselves in the summer,” says Barry Telford, president of Sodexo Canada. “Feeding Our Future is a simple yet powerful private/public sector partnership that addresses this significant social and health problem. Its success demonstrates what can happen when caring people work together to protect at risk kids against hunger.”

An army of more than 1,000 employee volunteers drawn from Sodexo and several of its vendors, clients and community partners will be preparing lunch-time sandwiches and snacks all summer long. Each week day, the healthy lunches will be delivered to city summer camps for underprivileged children by local community hunger relief organizations.

“It is always powerful when likeminded partners come together to take action on an issue,” says Debra Lawson, Executive Director of Second Harvest. “Second Harvest is proud of its partnership with Sodexo Stop Hunger Foundation and the joint efforts literally ‘Feeding Our Future’ in Canada. Together, we understand that hunger never takes a vacation.  That’s why this program is vital to communities across the country.”

In addition to the lunch program, Sodexo Stop Hunger Foundation and its business and community partners are hosting BBQ parties for the children benefiting from the program in the seven cities to raise awareness of the need for action to protect underprivileged children against hunger.

The Sodexo Stop Hunger Foundation’s Feeding Our Future program began in Canada 15 years ago with the support of Toronto-based Second Harvest. Since then, other hunger-fighting community groups have partnered with Sodexo in other cities. Feeding Our Future is one of several Sodexo Stop Hunger Foundation initiatives designed to get at the root causes of hunger in communities where the company does business.

About Sodexo in Canada

Sodexo Canada has been delivering On-Site Service Solutions to clients in the Healthcare, Education, Business & Industry, and Remote Sites sectors for over 40 years. Today, Sodexo Canada provides services at nearly 750 locations for more than 230 clients across Canada. The company’s 10,000 employees work together to improve the Quality of Life for their customers by designing, managing, and delivering a wide range of On-Site Service Solutions -- from project management to energy planning, from technical building maintenance to concierge services, from housekeeping to fitness centre management, and from catering and foodservices to clinical technology management. Sodexo Canada is proud to have created the Sodexo Stop Hunger Foundation, an independent charitable organization that has donated more than 1,000,000 meals to at risk youth in Canada since it was founded in 2001. Follow us on Twitter @SodexoCanada.