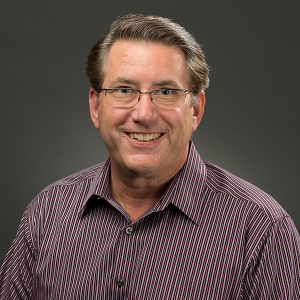 This blog originally appeared on sodexoinsights.com

This is the first blog in an ongoing series examining how colleges and universities can understand and address the expectations of Generation Z college students. We’ll explore some of the most significant issues, including academic interests, housing expectations, ideological tendencies, dining preferences, and spending habits. The goal is to provide valuable insights that can help guide campus decision-makers in creating an environment that supports student success, well-being, satisfaction, and achievement.

A major shift is occurring on college campuses. As the youngest Millennials graduate and move into the professional realm, a new generation is arriving, bringing fresh perspectives and a different set of expectations for their college experience. Generation Z, also sometimes referred to as Centennials because they were born around the turn of the century, are the new generation ready for campus life. While they share many traits with their Millennial predecessors, they are decidedly unique.

I recently had the opportunity to participate in a panel discussion at the National Association of College and University Food Services (NACUFS) conference. Industry experts came together to examine how this generational shift will impact campus operations and shape campus culture in the future. An integral part of successfully navigating this new era will be to understand the qualities, experiences, ideals, and aspirations of Generation Z.

Generation Z typically includes those born after 1996. They are primarily the children of Generation X and Millennial parents. They are a culturally diverse and intelligent group, as illustrated by the 400% increase in multiracial marriages since 1985 and 50% increase in multiracial youth population since 2000, according to the 2010 US Census Report. By 2020, Generation Z will represent 80% of the college student population.

Coming of age during the Great Recession that lasted from 2007 to 2009, 9/11 and Columbine shaped this new generation and informed their values. Growing up at a time when 73% of Americans were affected by the global economic downturn, Generation Z is less likely to take success and security for granted according to the Heldrich Center for Workforce Development at Rutgers University. They are future-focused realists who want to work hard and seek opportunity where they can.

While they are a diverse group, Gen Z tends to be:

Despite the difficult economic and social times they were raised in, Generation Z has managed to stay optimistic about the future, with 78% believing the American Dream is still attainable based on research conducted by The Center for Generational Kinetics. Their willingness to work hard for what they want has also helped make higher education a greater priority for this generation than any other with 81% believing a college degree is important to advancing their career goals.  However, Northeastern University’s Survey on Higher Education found that colleges must be adaptive to Gen Z’s specific needs in order to promote student performance; 72% of Gen Z wants to design their own major, and 63% believe that colleges should teach entrepreneurship.

More than any other generation, Generation Z grew up in a digital world where social media, smartphones, and technology are considered absolutely essential. These tech-savvy students’ relationship with technology is shaping trends on college campuses, in everything from recruitment and academics to dining and housing.  In a recent Quality of Life Assessment conducted by Sodexo, a whopping 89% of students rate “availability of technology” as a top contributor to quality of life on campus. Technology is second nature to these students, and they expect to be able to utilize it to its fullest potential as part of campus life.

Solutions for a New Generation

Higher education is an ever-evolving field, an influx of new students with new expectations with each generation. For institutions to succeed in this increasingly competitive market, it is vital to identify and understand what each group needs to achieve success in higher education and find ways to make a positive impact at every point along the student journey.

Campus life has become much more complicated than ever before, and helping colleges and universities provide the best in student living options will ensure the success of both the institutions and these young students. Providing exceptional campus dining options has already enabled Sodexo to improve the quality of life on many campuses, but it is only a small part of the student journey and just one of the many ways in which we can enhance the campus experience.

Jeff Pente is the Senior Director of Brand Management for Sodexo Universities in North America and is responsible for making sure that the Sodexo student experience comes to life at hundreds prestigious Higher Education locations.  In previous roles, Mr. Pente had the privilege of developing exceptional experiences, menus and food solutions for US Marines, the Olympic Village Athletes and Walt Disney World Parks & Resorts employees to name a few.