Dave Thomas Foundation for Adoption Kickball for a Home a Success 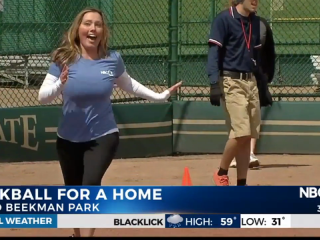 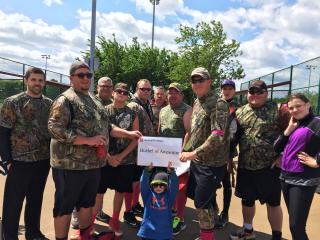 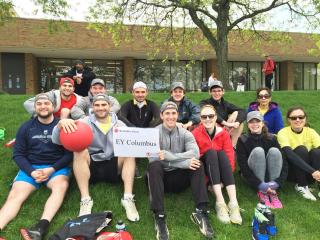 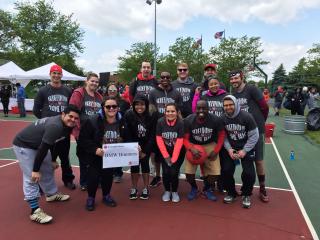 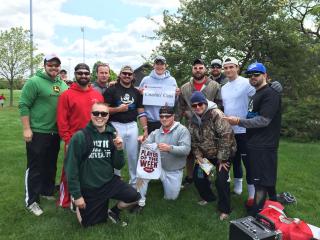 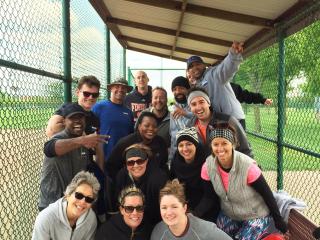 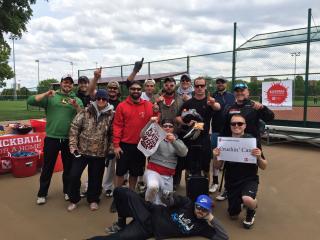 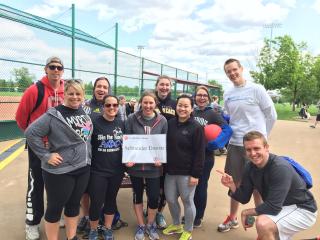 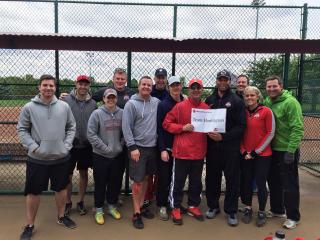 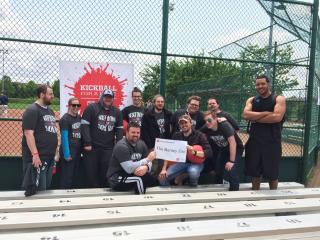 Shoes were laced, teams were formed, bases were loaded and the competition was on. Nearly 400 people filled the fields for the annual Dave Thomas Foundation for Adoption’s Kickball for a Home Tournament and it was a homerun.

The event is in its sixth year and is a grassroots effort to raise awareness for foster care adoption, while also raising critical funds for the Foundation. Dave Thomas founded the Dave Thomas Foundation for Adoption in 1992 to put a spotlight on the needs of children in foster care waiting for permanent, loving homes. In 2004, the Foundation developed its signature program, Wendy’s Wonderful Kids, which furnishes grants to private and public agencies, which then hire specially-trained adoption recruiters whose sole mission is to find adoptive homes for the children who have been in foster care the longest.

“The work of our recruiters is serious and a permanent, loving home is the birth right of every child. This event is a fun way to introduce the idea of foster care adoption, and all that goes with it, to local businesses and community members,” said Rita Soronen, President and CEO of the Foundation.

The funds raised from Kickball for a Home are used for Foundation programming. This year, Wendy’s®, Coca-Cola®, Traxler, Capital City Ice, Star Jewelers, Chornyak and Associates and NBC4 were the proud sponsors of the event. Matt Barnes and Katie Ferrell of the local NBC station, WCMH (NBC4) emceed the event and got the crowd on their feet. The news team not only mastered the microphone, but the station took to the field to try out their kickball skills.

“We were so honored to be a part of this event. Being able to help out an organization like the DTFA and support the good work is does is exactly what NBC4 loves to do. Now if only we were better at kickball,” said NBC4 news anchor Matt Barnes.

“Kickball for a Home is such a fun and unique event. It brings together people from all walks of life to raise awareness and money for such a worthy and important cause. We came to win, but quickly realized we should stick to reporting the news! With some practice, we hope to redeem ourselves next year,” said NBC4 news anchor Katie Ferrell.

“So much of the work done by our Wendy’s Wonderful Kids recruiters can be heartbreaking, but it’s the heartwarming moments when a family is matched with a child that make it worth it,” Soronen added. “Our recruiters are climbing mountains and flexing their creative thinking and problem solving skills to find adoptive homes for children waiting in foster care. It’s remarkable. I want to give a sincere thank you to all the teams who came out to play and anyone who donated to a team.”

If you missed the tournament, you can still help by clicking here.

You Are Never Too Old for Family. How Adopting a Teenager Can Change a Life

Celebrating Family and Helping Others to Create Theirs

Family is a Feeling

They Know They Have a Forever Family

Never Too Old for Family