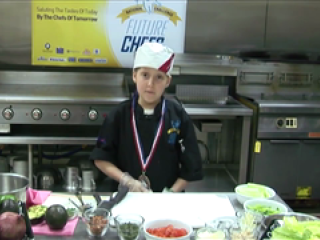 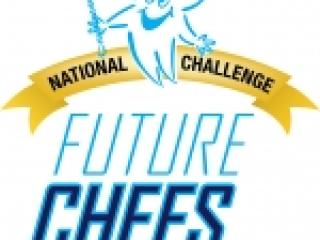 The Sodexo Future Chefs program, which is in its fourth year as a national event, creates positive behavioral changes in students by enabling them to get actively involved in good nutrition. More than 2,000 students, representing approximately 1,000 Sodexo-served schools in 30 states, were selected to participate in 110 local events.

Students at Sodexo-served elementary schools nationwide created healthy and fun sandwich recipes and this one was chosen as one of the five best. Each day this week, we will highlight one of our five finalists.

The finalists are all elementary school students from Sodexo-served school districts across the country, and each created videos of their own healthy sandwich creations which can be seen on a dedicated YouTube channel. Visitors to the site are encouraged to view the finalist videos and vote for their favorite recipe today at http://bit.ly/SodexoFutureChefs. Public vote will determine the 2014 national winner. Voting is open for one week from Monday, April 28 through Sunday, May 4.

The winning student recipes were considered by a collection of Sodexo K-12 chefs to narrow the field to 35 regional winners, who were further evaluated by a panel of judges to select the five students who would advance to the program’s national phase.  Finalists were selected based on the originality, presentation, ease of preparation, kid-friendliness, and healthiness of their recipes.

Our first highlighted finalist is MaryJane Ware from Wattles Elementary School in Troy, Michigan. Her recipe is the “The Cucumber Boat Sandwich.” When asked why she picked this recipe, MaryJane stated “I picked the Cucumber Boat Sandwich because it’s easy and fun to make.” She also went on to discuss the fact that she has been helping her mom make this sandwich since she was old enough to peel the cucumber.

Sodexo in North America
Sodexo, Inc. (www.sodexoUSA.com), leading Quality of Life services company in the U.S., Canada, and Mexico, delivers On-site Services in Corporate, Education, Health Care, Government, and Remote Site segments, as well as Benefits and Rewards Services and Personal and Home Services. Sodexo, Inc., headquartered in Gaithersburg, Md., funds all administrative costs for the Sodexo Foundation (www.SodexoFoundation.org), an independent charitable organization that, since its founding in 1999, has made more than $17 million in grants to end childhood hunger in America. Visit the corporate blog at blogs.sodexousa.com.