With the more than $150 thousand donation, Zurich will grant 18 wishes this holiday season 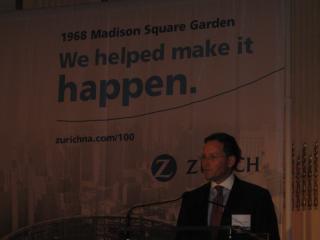 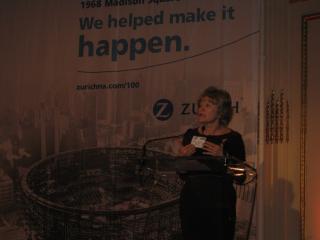 In honor of Zurich’s 100-year anniversary of insuring America, the company held a fundraiser for the Make-A-Wish Foundation on December 11 at The Plaza in New York City.  Since 1980, the Foundation has given hope, strength and joy to more than 250,000 children with life-threatening medical conditions around the world, and Zurich wanted to help the organization continue this success by offering a donation.

The company raised a total of $153,234, exceeding its original goal to raise $100,000 for the Foundation.  Thanks to the generosity of the company’s brokers and employees, 18 wishes will be granted this holiday season.  Since this event began in 2009, Zurich and its brokers have raised more than $400,000 for Make-A-Wish of Metro New York.

More from Zurich in North America

More Corporations Need to Make the Commitment to Community