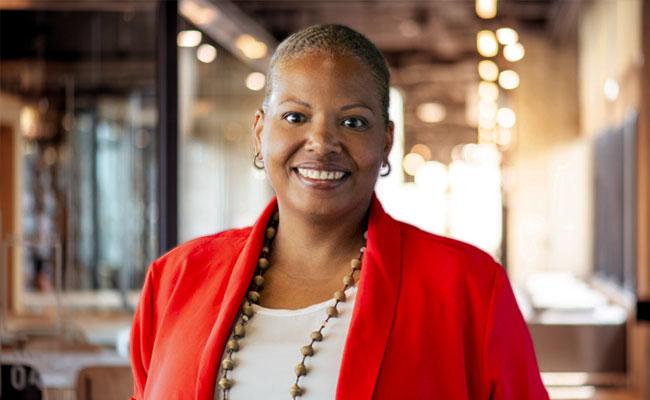 Kalinda Magloire is a technical director in the peacebuilding and governance practice area at MSI, part of Tetra Tech’s International Development Group, and is a governance specialist with more than 15 years of experience. She is an expert in contextual analysis, focusing on programming in rapidly changing transitional environments, civil society strengthening, public service provision, and gender.

Kalinda has led several international development projects, including the U.S. Agency for International Development’s Office of Transition Initiatives (USAID/OTI) Regional Programming Option in Haiti, where she oversaw a rapid grants program in response to the 2021 political crisis. In the immediate aftermath of the 2010 earthquake, she supported the USAID/OTI Haiti Recovery Initiative, implementing capacity-building and institutional strengthening activities to ensure continuity of government services and later overseeing the program’s $30 million grants pool. She also has led teams in the Democratic Republic of the Congo (DRC) and worked in Côte d’Ivoire.

What is a realistic vision of success in fragile contexts, such as the priority countries designated for U.S. government implementation of the Global Fragility Act (GFA)?

In spring 2022 the Biden Administration released the Global Fragility Act’s long-awaited four priority countries—Haiti, Libya, Mozambique, and Papua New Guinea—and one region, Coastal West Africa. The release was a welcome and critical step forward to implementing the bipartisan GFA, signed into law in December 2019, which made preventing conflicts and promoting stability in countries prone to widespread violence or conflict a U.S. foreign policy priority.

Tetra Tech has been implementing conflict prevention and peacebuilding programming for nearly two decades, including in partnership with USAID. We are actively supporting the U.S. government interagency with developing GFA country-level implementation strategies.

Haiti will still be fragile in 10 years. However, successful GFA implementation could put the country on a different trajectory toward a repaired state-citizen relationship and a completed mandate for elected officials at all levels. Effective GFA initiatives could also lead to a more secure environment conducive to economic activity and job creation, and more resilient, hopeful households.

How do you define the challenges Haiti faces in finding peace and stability?

The situation in Haiti has been building up for many years, and there are multiple drivers perpetuating this cycle of fragility: vulnerability to natural hazards and climate change, “brain drain,” erosion of social cohesion, and above all, a broken relationship between the state and citizens rooted in hundreds of years of excluding the population’s rural majority.

In 2021 the country experienced a profound and worrying deterioration in the socioeconomic, political, and security context with the assassination of the sitting president. These challenges were compounded by the COVID-19 pandemic and a magnitude 7.2 earthquake that affected more than 800,000 people in August 2021. Humanitarian needs have increased, particularly in the country’s southern region.

Tetra Tech has supported USAID/OTI’s efforts in Haiti, including conducting a perception survey to better understand Haitian public opinion. The survey examined the public’s views on the political transition and the roles and interests of stakeholders in the political process. The survey also sought to identify what priorities Haitian citizens have, and what actors they would like to see lead and facilitate the process. The objective was to identify the issues and attitudes that would increase the credibility of the political transition.

The situation and actors in a context like Haiti change rapidly, so it’s important for practitioners to not only have sufficient information so they can hit the ground running but also be able to continuously adapt through research and learning embedded in programming as the situation and actors evolve. We have used this adaptive management approach in contexts such as Bangladesh, Colombia, the DRC, and Iraq.

To build upon this approach, Tetra Tech developed Solstice, a practitioner’s assessment tool that aims to guide rapid analysis to inform immediate practical application for programming response in fragile and conflict-affected environments. The tool takes a systems approach to conflict and stability to analyze the most critical aspects of the ecosystem that fragility and conflict can perpetuate. Solstice is designed to work with systems actors to define the problem set driving the fragility and conflict and support the development of locally led programming responses to promote peace and stability. Proper application of the tool relies heavily on local experts on the ground that can reach key interlocutors, as well as historically marginalized groups.

Solstice is currently under peer review. Once this phase is finalized, Tetra Tech will pilot the tool in Coastal West Africa and Haiti.

How can the peacebuilding sector support countries such as Haiti in achieving locally led development?

Over the years peacebuilding programming has worked to give voice to beneficiaries through town halls, surveys, interviews, and other methods, and USAID has advanced its focus on localization. However, we must move beyond local voice to local agency, which requires progressing from simply taking feedback from local communities to effectively transferring power and decision-making authority to them. This is more complicated than it seems. It is important to make sure that the transfer of authority does not reinforce patterns of exclusion.

A tool like Solstice can be very useful in that sense. Identifying stakeholders, their interactions, and governance patterns can inform localization processes to make sure they do not reinforce perverse patterns. Another aspect of fragility is the lack of capacity, so localization—if not only superficial—implies heavy capacity building, especially of civil society organizations that will generate the demand for change.

What can we learn from the Haiti context that can be used to inform peace and stability programming in other geographies?

No two fragile contexts are identical, but certain considerations are common across geographies, such as ensuring that localization does not reinforce existing patterns of exclusion. Another lesson from Haiti is that practitioners should always look out for small windows of opportunity, such as small, credible community organizations or a youth group with an important social media footprint. Particularly in the absence of a legitimate national government counterpart, it is crucial for donors and implementing partners to find local government and civil society champions.

In addition, when programming involves support to governments, practitioners should try to reinforce civil society sectors and encourage them to set boundaries and counterbalance the power that donor support may give to the authorities in place. Tetra Tech used a collaborative tripartite model in helping to implement USAID/OTI’s Transforma program in Colombia. We engaged local stakeholders in planning, designing, and implementing small-scale infrastructure projects in conflict-afflicted areas.