As Seen on The Guardian: Turning Trash into Energy Makes Good Business Sense 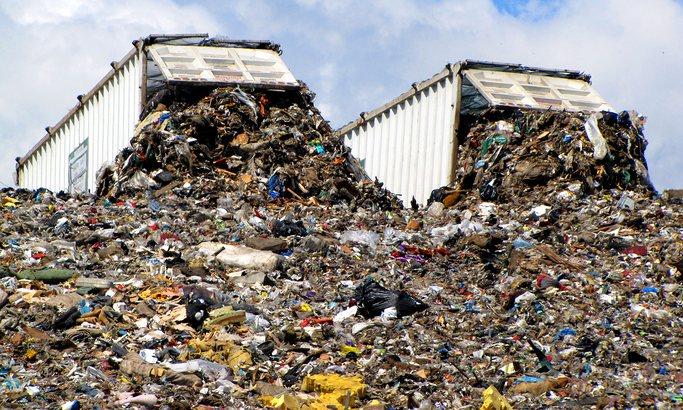 Many people probably don’t think their local landfills are more than a final resting place for waste. But companies like Apple and General Motors are using them as a source of renewable energy that reduces their costs and impact on the environment.

On average, Americans throw away five pounds of trash per person per day. Despite widespread efforts to encourage recycling and reuse, a Yale University research team found Americans only recycle about 21.4% of their waste. The resultant constant supply of decomposing trash makes landfills the third-largest human-created source of methane emissions in the US.

Methane as a greenhouse gas is 20 times more potent than carbon dioxide (CO2). Unregulated and untreated, it can lead to smog, contribute to global warming and even cause health problems. But there’s a silver lining: generating energy from methane offers benefits like improved air quality and reduced expenses and waste.

To that end, a landfill gas energy project captures 60% to 90% percent of methane generated in the dump. It also avoids the greenhouse gas emissions from fossil fuels that would have been used otherwise.

Here’s how that food wrapper or hole-filled sock you threw away turns into electricity.

1. After nearly a year of sitting in a landfill, bacteria begin to break down the waste and generate methane as a natural byproduct.

2. As sections of the landfill are filled, they are capped and closed off to additional garbage. Methane collection wells are added.

3. Methane is collected in wells or trenches that are connected to piping. A vacuum or blower system pulls the gas through the pipes to a collection head, which sends the gas to a treatment system.

4. The warm landfill gas cools as it travels through the collection system. The gas is treated to remove water condensation as well as particulates and other impurities, keeping the system clear so that energy recovery is not disrupted.

5. The methane passes through another filter where it is compressed.

6. The gas is then piped to a plant where electricity is generated, powering the facility’s engines or turbines which generate the power.

The US Environmental Protection Agency (EPA) estimates that about 0.67 megawatts of electricity is produced for every 1m tons of solid municipal waste. Landfill gas helps to manufacture items we use every day – such as aluminum, electronics and vehicles. Landfill gas can also be sent to a boiler to generate steam for a building’s heating and cooling system.

Companies benefit while helping the planet

GM invested in electrical generation equipment in 2013 to convert landfill gas to energy, making it the first automaker in North America to invest capital to create its own electricity. The equipment at GM’s Fort Wayne, Indiana, and Orion, Michigan, assembly plants together generate more than 14 megawatts of electricity from landfill gas. This helps the company avoid producing more than 89,000 metric tons of CO2 per year – equivalent to the annual greenhouse gas emissions of 18,542 passenger vehicles.

Apple recently secured an agreement with North Carolina to build a facility that generates electricity from landfill gas. Although all of Apple’s US operations are completely powered by renewable energy, the project supports the company’s new subsidiary, which sells surplus power generated by its solar farms to other companies.

Landfill gas projects are on the rise. Their number increased by 300% since 1995 in the US, according to the EPA. Today, 648 operational projects create 2,099 megawatts of energy. An additional 400 candidate landfills have the potential to support such projects.

With so many active projects found in the US and around the world, the use of landfill gas as a resource is expected to grow. Germany, the world’s top producer, generated enough electricity this way to power 3.5m homes in 2009. Methane may also be purified to create the liquefied or compressed natural gas that powers many garbage trucks and city buses.

“Capturing landfill gas for energy makes sense from a business perspective, but the biggest benefit is to the environment,” says Rob Threlkeld, GM’s global manager of renewable energy. “If we can capture a greenhouse gas and prevent it from entering the atmosphere while generating a cost savings, that’s a win all around.”

Reposted from TheGuardian.com/General-Motors-Partner-Zone with permission.