Scientists, Inventors, Entrepreneurs: These Girls Are Ready to Show the World That STEM Isn’t Just a Boy Thing 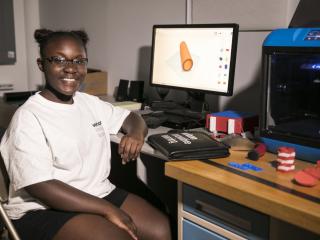 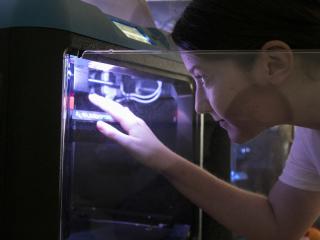 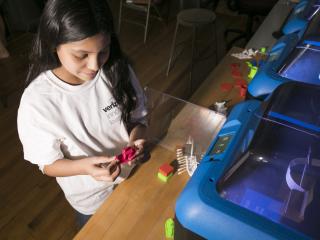 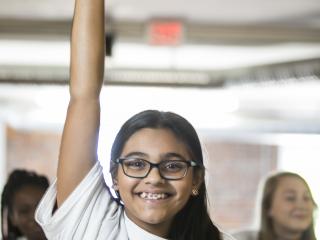 “I read somewhere that for every one girl that’s in a STEM career, there’s like five boys,” says sixth grader Danielle, looking around the classroom with eyes filled with wonder. “To see that there are 50 girls who want to partake in this is just crazy.”

Seated in the 3D printing lab at the Patrick Henry Community College Thomas P. Dalton IDEA Center, Danielle is busy collaborating with other girls on 3D-printed designs for their upcoming STEM project presentations. Working in small teams, the girls create solutions to issues in their community and present them to their parents and others as the culminating event of this Verizon Innovative Learning three-week STEM immersion experience.

Now in its second summer at Patrick Henry Community College in Martinsville, VA, the program is one of 16 around the country focused on getting middle school girls in rural communities excited about careers in STEM. Between summer intensives, the students meet monthly for field trips and to hone their skills. It’s all part of the Verizon Innovative Learning mission to provide free technology, free internet access and hands-on learning experiences to help underserved students get the education they deserve. The girls learn 3D printing and vinyl cutting, use littleBits electronic building blocks to master coding techniques, and create augmented and virtual reality experiences they then view through AR and VR goggles. They also build VR goggles out of cardboard to take home.

It’s not just STEM skills that the girls get out of the program. The students say they love being in an all-girls environment. They feel they learn more this way, but also that they understand and support each other. While watching morning talks from local, professional women, they see it’s cool to be smart and passionate about math and science and to dream big. Recently, several students shared their stories of transformation.

Before her time with Verizon Innovative Learning last summer, Natalie says she doubted herself. Soft-spoken, and with more poise than most 12-year-olds, Natalie has always been interested in being an engineer and an entrepreneur, but in the face of so many people telling her that “STEM was a boy’s thing,” she was losing confidence in her ability to accomplish her dreams. Now, thanks to her time in the program, “It doesn’t matter what they say. I know I can do it.”

While Natalie couldn’t attend Verizon Innovative Learning this summer, she was excited to be back for a visit and happily wandered the center’s hallways, stopping in the bustling classrooms of the large, high-ceilinged space to hug and say hi to her friends who were busy programming small electric cars out of littleBits kits and creating virtual reality tours to far off locales filled with crystal clear waters and towering skyscrapers.

Being in the program has also brought her closer to her mom. For her STEM project last summer, Natalie created a squeezable sensory toy for people with Autism and other diagnoses helped by objects that promote stress reduction, proudly citing a family friend with Down syndrome who uses it to relax. Natalie wants to continue her business outside of the program and bonds with her mom, a fellow entrepreneur, over developing it -- the two talking often about  the rewards and challenges of running a business. “I think if I didn’t go here, and I didn’t have my experience of building up my self-confidence here,” she says of the program, “I wouldn’t still be doing my own business and helping other people as much as I am.”

“I’ve seen tremendous growth in her,” says instructor Helen Howell of Chloe, citing how the 12-year-old’s writing and public speaking skills have blossomed and how well Chloe did when presenting in front of approximately 50 people a few weeks prior.

Now in her second summer with Verizon Innovative Learning, Chloe took to heart the advice from one of the morning speakers “to never give up.” “When I get frustrated I want to stop sometimes. To know that I shouldn't give up even though it's tough to keep working through it, that's really helped,” she says.

It’s important advice for someone who not only wants to go to Harvard and eventually become a neurosurgeon, but whose favorite part of the program is inventing. Surrounded by the 3D-printed projects that are scattered all over the center--inspiring examples of what the technology can do--she explains her STEM project with a quiet confidence that will serve her well as a surgeon. Her project: a LED-lit spoon for infants who, due to damage to their ocular nerve, can see only light. The lights help define the spoon so infants know to open their mouths to eat, and there’s also “a little section on the spoon [that] has words to tell the parent either the food is too hot, too cold, or [that] they have too much or too little on the spoon,” Chloe says. As far as she knows, nothing like this spoon exists yet, and it’s projects like this that have made her feel “more confident with my inventions and problem solving.”

About the program, she adds, “A really cool thing is being a part of a group of girls that can eventually, or even now, change the world.”

With a bubbling energy and a wide, winning smile, twelve-year-old Nayti thrives on challenges, which is what attracts her to biomedical engineering. She likes that engineering is a field where almost no one gets things right the first time and that you have to be persistent and keep trying.

One of her recent challenges has been raising her hand in class when no one else has their hand up. “I was like, what if everybody just stares at me and then they'll be calling me ‘smarty pants.’ They're going to be calling me names,” she says. But after one of the morning speakers told them, “Don’t be afraid to be smart,” and to raise their hands in class, she decided, “I don't care what anybody thinks about me. I know the answer and I want to be better in math and science. So I'm going to say the answer and I'm going to say it proudly.”

“That's what I see her getting from this [program],” instructor Liz Lynch says about Nayti. “She's getting that smart is cool; that smart can bring you places.”

Nadia seems so at ease speaking but Lynch points out that the 13-year-old used to be shy and terrified of public speaking, in part because English is her second language. Nadia is a leader in her middle school’s robotics club, and the STEM project Nadia and her all-girl team presented at a state championship garnered first place, making this the first time Martinsville has won an award at the state level. Their product, Litmus Lipstick, changes colors to indicate whether or not the person wearing it is well hydrated. Nadia’s team is thinking of patenting it and making a face paint version for boys who play sports like football. Lynch, who is also Nadia’s teacher at school, makes a direct connection between Nadia’s win and her time with Verizon Innovative Learning. “She just had that ‘stick-to-it-iveness’ that I know was fostered from this program. I really think [Verizon Innovative Learning] was a springboard for thinking scientifically.”

Nadia wanted to be a doctor before learning how many years she’d have to spend in school, she admits sheepishly; now she wants to be an engineer. “I love building things with new technology,” something she figured out through robotics and being in the program this year. It also helped her improve in math. She puffs with pride as she shares that she went from scoring 80s on tests to now scoring 99s, and that she skipped math 7 this past year to go straight from math 6 to algebra.

On public speaking she says, “I’m always nervous speaking in front of other people,” admitting she was “freaking out” when presenting the lipstick to the judges at states. But, she adds, “I’m getting used to it now that this program is helping me.”

Petite with a charming cuteness about her, it’s easy to see how someone could underestimate how strong and determined Danielle has become. Before starting Verizon Innovative Learning last summer, she thought she’d work in an office somewhere simply to earn enough money to live. But that all changed when the program taught her there were jobs she could do that harnessed her fascination with space. “I never thought that I could be a NASA engineer because that just seemed way too crazy. I’ve always been told, ‘Oh, that’s a boy’s job. You can’t do that.’” Now, she says, “Stuff like that makes me want to do it more so I can prove to people that say that that girls can actually do things that boys can.”

Being in the program has helped her better understand big picture science concepts. She’s connecting the dots on a deeper level, she says, and while she’s always been an A student, her test scores this past year increased from 90s to 100s. Doing things like 3D printing, which she describes as “really crazy to see your ideas come to life,” has improved her math skills too. She lights up as she points to the cones and cylinders that are the building blocks of Tinkercad, a 3D design program, sharing how measuring their radius and diameter has increased her understanding of how these concepts play out in the actual creation of objects.

The confidence and skills she’s gained haven’t only been career changing for her, they’ve been life changing. Before the program, she says, “I wanted to change the world in some way, but I wouldn’t have known how to do it. The [program] showed me that no matter where you came from or what your problems are, you can do anything in this world.”

Helen Howell, a native of Virginia and the head of the local chapter of the National Society of Black Engineers, has dedicated a large part of her career to educating and mentoring kids from Martinsville and surrounding communities into pursuing STEM careers and encouraging them to pay it forward when they succeed. In her second summer working with Verizon Innovative Learning, Howell notes how girls from the area are starting to win STEM competitions around Virginia, like the first place at states that Nadia's team earned.

“What I'm seeing from this is they are taking these [competitions] a lot more seriously,’” she says. “With the students that were in the [program], I can see a world of difference. They're more confident and stepping up to the plate and taking on leadership positions.”

Howell credits these wins to the way Verizon Innovative Learning is igniting STEM in the community and teaching girls the skills they need to succeed. 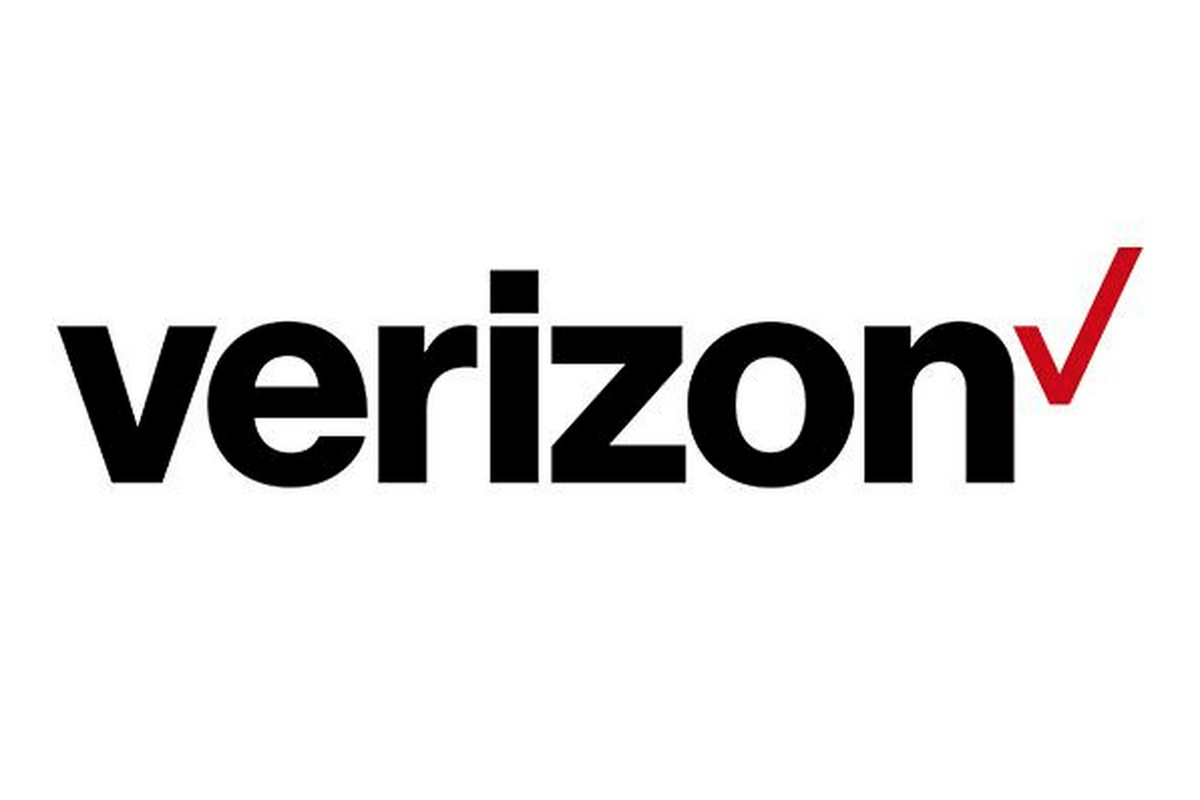 This Middle School Helps Students’ Parents Get Digitally Savvy, Too

With Help From Verizon Small Business Digital Ready, an Entrepreneur Moves From Grief to Growth

How 3 Verizon Small Business Grant Recipients Applied Their $10,000, and Boosted Their Companies