Military Dining and Quality of Life 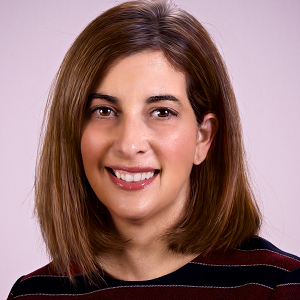 Military Dining and Quality of Life

Napoleon has been credited with the saying, “An army marches on its stomach.” An infantryman himself, Napoleon understood first-hand the importance of supplying an army on the move in which it was common practice for each soldier to procure his own food from villages along the campaign trail. (Apparently “locally sourced” and “farm to table” had an entirely different connotation in the early 19thcentury!)  So dire was the need to feed the troops, food-related innovations, such as boiling and canning, were inspired during Napoleon’s infamous campaign to Moscow (Diary of a Napoleonic Foot Soldier, Jakob Walter, 1991).

Fast forward to the 21st Century. Fueling our soldiers to maximize combat readiness and resilience remains a strategic imperative. The military–and the civilians who feed them through garrison food service contracts–continue to explore how “three squares” can be optimized to create an ever better warfighter.

In a survey commissioned by Sodexo, the nation’s largest federal foodservice contractor, in which Marines were asked about their dining preferences, food quality and flavor ranked, as one would expect, number one when choosing to eat in garrison mess halls. But close behind was a second factor: the desire to connect with friends, family and colleagues in a relaxing environment. Survey participants, all Marines, told us that social interaction and physical environment, two pillars of quality of life—the ultimate driver of human performance–are significant factors when considering dining options.

Based on this and other consumer insights work as well as our understanding that today’s soldiers are under greater physical and mental stress than ever before, we might reconsider the in-garrison dining model. While nutrition should, of course, remain at the pinnacle of an effective dining program aimed at driving readiness and resilience, there are numerous, cost effective opportunities to create an environment that drives military members to choose to eat in the dining facilities and promote their overall health and wellness.

For example, mobile technology can accelerate the food ordering process (picture pre-ordering your meal via an app), reducing time wasted waiting on a “chow line. “ Wi-Fi connectivity in a mess hall can help soldiers use their down time to connect to training apps, digital communities, and base resources. Simple physical elements such as comfortable seating and lighting can help create an environment that restores both body and the mind. The Air Force, through its Food Transformation Initiative, has even taken steps to broaden access to dining facilities, expanding nutritious meal options to the entire base community, including families. This was not the case in my days as an active duty spouse, when fast food was the only on-base dining option available to me and my child.

We’ve come a long way from Napoleon’s system of military feeding, but opportunities to drive readiness and resilience through military dining abound. As General Robert Neller, Commandant of the Marine Corps, said, “Marines must dedicate themselves to preparing their bodies and minds for war…You’ve got to look at how you eat; you’ve got to look at how you live your life.” An innovative approach to in-garrison dining can help our soldiers, airmen, sailors and Marines become ever more effective warfighters by helping them make wise nutritional choices and enhancing their quality of military life.