Joe’s Burritopalooza: What Living Más is All About 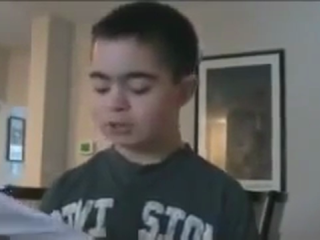 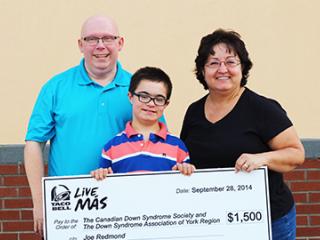 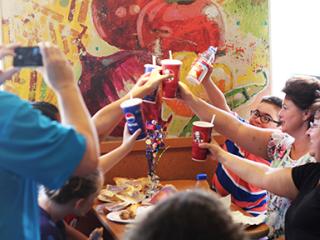 Eleven year-old Joe Redmond and Taco Bell have two things in common: a love of burritos and of showing Más Heart. When the brand heard that Joe had combined the two to help other people, they knew they wanted to celebrate and honor him in true Taco Bell style.

The brand first learned about Joe and his burrito passion in June, when Joe's dad shared a video with the Taco Bell team. The video was of Joe practicing a public speaking project about the history of the burrito. Joe, who has Down syndrome and is very shy, rehearsed his speech several times at home before delivering it in front of his classmates.

Taco Bell loved Joe's video but soon learned it wasn't the only way he had shown enthusiasm for his favorite fare. The year before, Joe held a fundraiser at his elementary school – appropriately dubbed “Joe's Burritopalooza” – and sold homemade burritos and baked goods to raise money for his two favorite charities, the Canadian Down Syndrome Society and York Region Down Syndrome Association.

“The Burritopalooza was so well received by the school that on top of the amount of money raised by selling burritos, a few individuals went above and beyond and pledged additional dollars in support of the event,” said Taco Bell Canada Marketing Director Adrianne Largo. “The final amount that they were able to raise was $1,500, and we at Taco Bell thought that would be the perfect amount to match.”

On Sept. 28, in recognition of Joe's Live Más spirit, Taco Bell Canada presented him with a cash donation of $1,500 to benefit his favorite organizations. They also hosted Joe and 24 of his friends at a Taco Bell restaurant in Richmond Hill, where he was among the first burrito fans in Canada to try the brand's new XXL Grilled Stuft Burrito.

“Everybody felt good about the whole thing and what Joe had done,” his father Steve Redmond told local newspaper Markham Economist & Sun. “It was just a great day.”

You can learn more about Joe and his love for burritos by checking out his YouTube channel.

KFC Philippines To Have 54 Solar-Powered Stores by Q1 2023

How I Got Here: Aaron Powell