International Women’s Day: Three Simple Ways We Can All #PressforProgress for Women in STEM

Inspiring the next generation of female science, technology, engineering and math (STEM) leaders 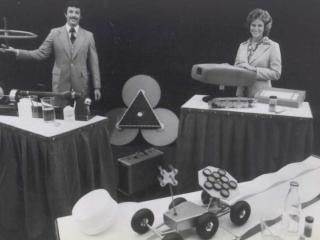 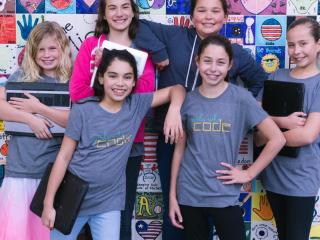 Women around the world are taking to the streets on International Women’s Day to urge faster progress on gender parity in economic opportunity, education and other important issues. The theme this year, #PressforProgress, is perfectly tuned to the challenges society faces.

I know what’s it’s like to be the “first woman.” It’s really lonely! It feels like all eyes are watching you. I was the first woman hired by an auto company to give science and technology demonstrations at school assemblies in middle schools and high schools, on the road for months at a time. I was the first female attorney hired at Microsoft, supporting the engineering groups, and the “only woman in the meeting” far more times than I could count. Were it not for a few male mentors who took a chance to reach out over the years, I likely would have left my profession as a public relations professional, and later a lawyer. Now it’s an honor to “pay it forward.”

As a society, we have a responsibility to inspire the next generation of female science, technology, engineering and math (STEM) leaders. Today’s youngest students – known as Gen Z – are unlike any previous generation. They are digital natives with the creativity and confidence to use STEM to drive to positive change. Yet we are failing to keep them engaged and excited about the possibilities that STEM studies and careers provide. Unless things change much faster, many in this bright, hopeful generation will not enter these fields.

These are among the reasons Microsoft Philanthropies provides grants to nonprofits that prioritize increasing diversity in computer science, and more than half of beneficiaries are female. For the past four summers, we partnered with Girls Who Code, for example, to host high school girls enrolled in the nonprofit’s summer immersion program. Girls spend a portion of the summer on many of our U.S. campuses learning to build apps, games, websites and hardware. Microsoft women mentor the girls and often stay in touch after the program is complete.

Another nonprofit we support is Laboratoria, headquartered in Lima, Peru, which trains, in mere months, young women from low-income backgrounds to become web developers. Companies hired more than three-quarters of Laboratoria’s graduates into technology jobs that rely on computer science skills, and the average graduate triples her income.

“I always had that eagerness to help and advance myself,” Laboratoria graduate Lizeth Kenny Lopez Zamudio said recently about her experience with the program. She took a Microsoft Azure workshop where she learned to use new software platforms, programming languages and artificial intelligence. She now uses those skills at her job in a financial services company by programming customer service chatbots, working remotely on a virtual machine and presenting case studies on Azure.

Our education team also does excellent work around the world helping inspire girls to pursue computer science. Among many examples, a partnership forged with the United Arab Emirates help support girls as they participate in international technology competitions. Our education team also develops STEM curricula such as Minecraft: Education Edition, Hacking STEM and MakeCode, which help educators engage students with hands-on, immersive STEM experiences. The Minecraft tutorials they built for Code.org, a nonprofit that also emphasizes outreach to girls, has reached over 85 million people.

On International Women’s Day, and beyond, I’m calling on everyone – women and men – to take the first steps in encouraging younger women and girls to pursue STEM careers. Here are a few ways to get involved:

Gender disparity in STEM fields is a multi-faceted problem. We should each do a small part, and stand up as proud STEMinists. If we each inspire at least one young woman to see the immense potential in STEM fields, progress will come faster, and we’ll all benefit.

With Surgery and Modern Technology, Operation Smile Gives Hope and Dignity to Children

Why Do Girls Lose Interest in STEM? New Research Has Some Answers — And What We Can Do About It

Hour of Code 2017: Unlock an Exciting New World by Taking a ‘Hero’s Journey’