How Conversant and FIA Make Every Second Count 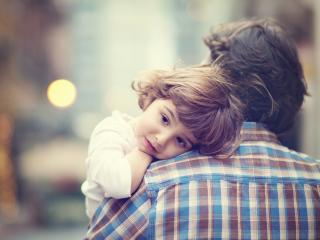 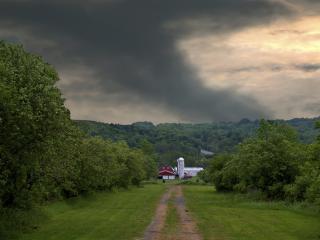 Technology for Good: Unique Opportunities to Make a Difference

When a child is missing or severe weather events occur, every second counts because public awareness saves lives. Conversant has been committed to making a difference in spreading public awareness in critical situations, and founded the Federation for Internet Alerts (FIA), to display urgent information that overrides online ads in geo-targeted areas to people impacted by an event. I sat down with Jason Bier, Conversant’s Chief Privacy Officer, to discuss FIA, which is being recognized today at the Webby Awards, where it was voted 2015 People’s Voice Webby Award for Advertising & Media for Public Service & Activism.

Q: How did the FIA initiative get its start?

Jason: In January 2011, Conversant’s Chicago team had about 100 employees at the time, and I had been thinking about whether our commercial success with online technology might be able to help spread the word during AMBER alerts. After speaking internally about the concept, I contacted the National Missing & Exploited Children Center (NMEC) to see if we could get involved.  It seemed Conversant had the perfect way to alert the public, because we can leverage the full potential and power of the Internet to ensure online awareness of AMBER alerts. Our technology could enable continuity of the messages, all while ensuring that they were updated and canceled automatically, all critical, since facts and situations change quickly when a child goes missing and an AMBER Alert is issued by the U.S. Department of Justice.

I put together a small team that included technologists Andy Cirillo, Mateen Moosa, Ric Elert, Oded Benyo and creative expert Stacy Ward. There were many development challenges during the four months of the systems’ configuration. It wasn’t easy to develop the technology. As with any meaningful challenge, we had fits and starts. Four years later, FIA’s infrastructure has been rebuilt a few times over because we keep improving it. It’s this amazing dedication and perseverance by the team to help children that resulted in the achievement, leveraging the immediacy of digital to serve more than 510 million AMBER Alert impressions to millions of people in designated geographic areas on behalf of law enforcement. The potential to save hundreds of missing kids is what motivated us then, and still motivates us today to give it all we have.

In 2013, a network of FIA Partners was founded to help scale delivery and extend our mission across the globe and to expand this type of alerting to weather alerts. So far, we have geo-targeted almost 8 million tornado warning impressions in the United States, to people in the geographic area of a tornado. So as you can see, we have a lot of great opportunities with FIA, and in many ways, we feel like we are just getting started.

Q: What are some of the positive outcomes of the FIA initiative?

Jason: When we talk about driving relevant messages to people, it doesn’t get more relevant than this.  We deliver details and information about imminent hazards to life. Let’s say, for example, that a tornado comes within a mile of your house. We don’t know who you are, all we know is that you and your family are in the path of the tornado.  Since we have the unique ability in our position of delivering commercial messages to add this type of awareness to our systems, I strongly believe that we have a responsibility to warn you and help you keep your family safe. Really, that’s what Epsilon and Conversant are about, being intelligent and providing technology that has value, and I really believe that technology that helps people has the most value. FIA is just another example of how Epsilon and Conversant are using big data for good, and doing the right thing.  Simply put, if we know you are in danger or someone in your area is in danger, and we can get you the information you need to save a life, then it’s a sense of duty to help our community that takes over.  We will step in responsibly through FIA and help.

FIA is the largest driver of traffic to the AMBER alerts web site, more than radio, television or any other technology combined. And with the new partners we announced yesterday, we are only going to get bigger. In May alone, we have reached 2.5 million devices with 6 million AMBER Alert impressions. Our significant contribution to overwhelming positive social media reactions to AMBER alerts is something I’m very proud of. I just returned from the National Center for Missing and Exploited Children’s Heroes’ Breakfast in Washington, D.C., where they told a story about two children who were abducted by strangers who had intended to harm them, but instead the captors dropped the children off on the side of the road in New York after an AMBER Alert was issued. These two child abductors dropped the children off because the details around the abduction were all over the Internet, radio, and television. We were serving millions of AMBER Alert impressions in New York during this abduction. By contributing to this extraordinary awareness, the abductors released the children unharmed. As you can see, communication of AMBER alerts to the public can cause abductors to release children—that’s the power of geo-targeted immediate information that FIA provides today.

Q: What is next for FIA?

Jason: The technology is great, but what is even more important is that Epsilon and its parent company, Alliance Data, realize FIA’s importance. Ed Heffernan, CEO of Alliance Data, Bryan Kennedy, Chief Executive of Epsilon/Conversant, and Andy Frawley, CEO of Epsilon, couldn’t be bigger FIA champions. Having their enthusiasm and support for FIA strengthens the backbone of the organization.

Winning the Webby award helps drive awareness of FIA’s mission, while also validating the model that we are leveraging through ad technology for good outcomes. With new partners like AOL, AppNexus, and xAd for example, we are amplifying the number of mobile alerts delivered to the public.  The next phase is getting additional partners to join the FIA coalition, because it will take more companies from Internet advertising exchanges, technology providers, publishers and social networks to meet the needs of alerting authorities.  This will enable us to go beyond the U.S. borders to countries that have no alerting systems, but are increasingly finding their citizens using the internet and mobile applications in their day to day lives.  This gives us even more of a reason to move quickly to expand the initiative.

FIA has a lot of exciting plans in the works. One is to create ADA-compliant (American Disability Act) messages for visually impaired persons to communicate imminent threats. We can achieve this thanks to the flexibility of our technology, to ensure that it gets to people, no matter their situation. It’s about using ingenuity to help all people. We presented this technology at the FEMA Office of Disability Integration and Coordination recently and received a very positive response.

We are also working with the US Geological Survey (USGS) on earthquake alerts. FIA has the potential to create and disseminate dynamic creative earthquake alerts in 1-2 seconds. Since delivery of these messages is instantaneous, we would have the ability to give people a 20-25 second heads up that an earthquake is about to occur. The USGS is tasked with alerting people before an earthquake happens, and we are on the list for that new initiative and hope to be testing the technology in the coming years.

When considering the power of FIA’s mission and how the Internet has no borders, you can’t help but think of all the lives that could have been saved during the Indian Ocean tsunami in 2004 had FIA been in existence there.  When the Indian ocean tsunami struck Sri Lanka in 2004, there was a 7-hour window beforehand to warn people, and yet more than 230,000 died, one-third of them children, since there was no way to alert people. Conversant recently recognized the difference we can make in these types of imminent threats and led the development of FIA’s Tsunami Warning Creative Guidelines by working with the Pacific Ocean Tsunami Warning Center so we can use our technology responsibly to alert the public during a tsunami. None of us involved in the initial development could have ever imagined what a positive and diverse role we are playing in so many ways to help leverage the Internet to save lives. We look forward to many more very positive things to come.