How Barclays Is Using Financial Intelligence to Tackle Human Traffickers 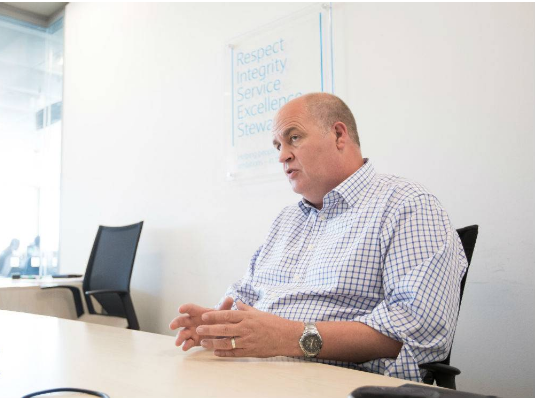 As Head of Barclays’ Financial Intelligence Unit (FIU), former police officer Paul Horlick says his job is to “look at the risk of the firm being used to facilitate or launder the proceeds of crime through an intelligence-led lens”. Describing people trafficking and modern slavery as “an absolute priority” for the bank, he tells us how Barclays is partnering with law enforcement and government to tackle the problem.

For Paul Horlick, who is Director – Head of Barclays’ Financial Intelligence Unit, there are few higher priorities than ensuring that Barclays products do not connect with human trafficking or modern slavery. “This is an absolute priority, both externally and internally,” he says. “We need to prevent it entering the supply chain, we need to educate other companies, and we need to raise awareness beyond our consumer base.”

As community bankers, local Barclays colleagues are well placed to spot signs that customers may be being exploited by traffickers and other criminals involved in modern slavery. Horlick’s focus is on educating these colleagues on what those signs are. “There are many forms that modern slavery can take”, he says. “There could be sexual exploitation, or it could be labour exploitation in the agricultural sector or in other low-paid employment, where the traffickers effectively hold people captive by taking control of their assets and bank accounts.”

Identifying rural Cambridgeshire, UK, as a potential hotspot for labour exploitation within the agricultural sector, Barclays partnered with the Cambridgeshire Police, the Home Office, and the charity Stop the Traffik to put together training packages for Barclays staff and the local community. “This was to educate our people on what the issues and signs are,” explained Horlick, who joined Barclays after a 22-year career with the Metropolitan Police. “The next stage was to launch – reaching out to the media and customers, raising awareness and giving a framework on how to report and stop the crime.”

The decision to launch in Peterborough was “intelligence-led”, says Horlick. “It’s a hub for the agricultural sector and we were looking to educate people who may be used by unscrupulous traffickers to work on farms. This not only educated our staff on the front line, but it has also raised awareness in the local community and provided a mechanism for victims and other people to report any suspicions.”

A dual-language campaign targeting the Lithuanian community in nearby Wisbech followed, and Horlick now has ambitions to build on this. “The next stage is working out how to take our staff awareness nationally – how can we put it into training or get awareness into branches around the country,” he says. “It’s not sustainable for us to do everything with the Home Office and Stop the Traffik – we have to build on this practice and use the power of our brand to raise awareness with our customers and wider communities.”

Barclays is a member of the Joint Money Laundering Intelligence Taskforce (JMLIT), described by Horlick as a “collaborative partnership to tackle organised crime” between law enforcement, government, regulators and banks. Horlick also sits on the Home Office working group on modern slavery.

“We have people working operationally with our law enforcement partners – strategically looking at key threats,” he says. “One of the key threats is human trafficking and immigration crime, including modern slavery. From a firm’s perspective, we started looking at it through a financial crime lens.

“We’re looking at where the bank is both susceptible to laundering the proceeds of that criminality, and also where the bank is used to facilitate that sort of activity. That could be, for example, booking flights to fly victims into the UK, or it could be people laundering dirty money through our products and services.”

He continues: “Our initial approach was to identify these types of cases by proactive analysis and monitoring, while also getting that information over to the authorities. For example, we look at the account opening process.”

With any form of organised crime, working in a cash economy might make people think that banks can be bypassed from the evidence trail, but Horlick notes: “Even if the activities are cash related, the bank can still be used to facilitate the activity. You still need a bank account to book flights. To advertise services online, in cases of sexual exploitation, you’re going to need a bank card to be able to do that. It’s very difficult to operate without at least some access to banking.”

Horlick is necessarily reticent in giving away detail on how criminality is identified while seeking to protect the bank and customers, but does stress that in all their processes Barclays “has to be cognisant that the people we’re looking at might be victims, and we don’t want to put innocent parties out of banking”.

After four years in his FIU role, Horlick says of the detection, education and elimination of modern slavery: “We’re ever-improving and learning. There’s a massive feedback circle that means we’re always getting better at this.”

These are some of the questions bank staff are trained to ask if they suspect a customer may be vulnerable:

- Is the person in possession of their legal documents?
- Are they distrustful of authorities?
- Do they act as if instructed by another?
- Are they bonded by debt?
- Is there a suggestion coercion is taking place?
- Is the person anxious or fearful?
- Do they have any injuries or seem in need of medical care?