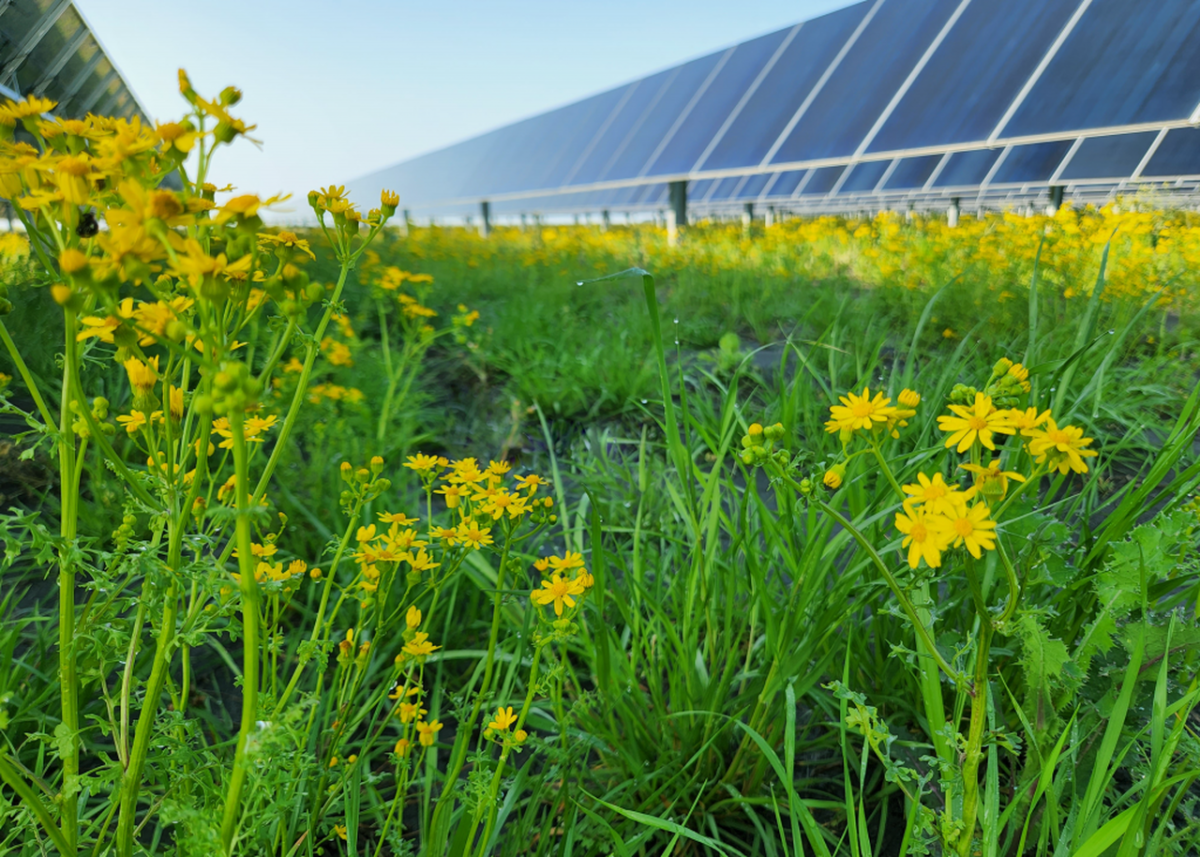 Driver Solar Project will be the largest solar facility in the Entergy Arkansas portfolio.

“Driver Solar adds highly economic, renewable generation to our portfolio, further diversifying our energy mix in a way that meets our customers’ evolving expectations,” said Laura Landreaux, president and CEO of Entergy Arkansas. “It is a key contribution toward business expansion in northeast Arkansas, and we are excited to be a part of it.”

She said, “We are listening to our customers as we develop and execute our generation strategy for the future. We are privileged to be able to work closely with U. S. Steel Corporation to develop sustainable solutions to help them meet their objective of producing steel using renewable electricity while simultaneously lowering rates over the long term for all 728,000-plus Entergy Arkansas customers.”

The Driver Solar site is located along Arkansas Highway 61 near Carson Lake Road and Arkansas Highway 198, just south of Osceola, and will be situated adjacent to both the U. S. Steel’s Big River Steel facility and the recently announced $3 billion expansion. Lightsource bp has completed development and permitting of the solar field and will build the facility under a build-transfer agreement with Entergy Arkansas. Driver Solar has an expected completion date in late 2024.

U. S. Steel Senior Vice President, Chief Strategy and Sustainability Officer Richard Fruehauf said, “This project with Entergy Arkansas and Lightsource bp illustrates the importance of partnerships. Driver Solar not only helps us meet our robust sustainability goals, but it will also help us deliver sustainable steel solutions for our customers. The renewable energy generated will power the production of verdeXTM, our advanced sustainable steel product, which is composed of up to 90% recycled steel content, as well as other products produced at our Big River Works facility.”

Together with their joint venture partner bp, Lightsource bp has been delivering competitively priced, safe, and dependable, clean energy for businesses and communities in the United States and around the world since 2010. Lightsource bp was recently named world’s largest solar developer by Mercom Capital Partners.

“The Driver Solar project is another demonstration of how solar can power our country’s industry with cost-competitive, clean, dependable electricity,” said Kevin Smith, Lightsource bp’s CEO of the Americas. “Arkansas’ largest solar project will help build American-made sustainable steel, as well as create hundreds of U.S. jobs for construction and across the supply chain.”

Landreaux said, “With their solar industry leadership and commitment to supporting domestic manufacturing, we couldn’t be more excited about the opportunity to work with Lightsource bp.”

Driver Solar is expected to provide between 350 and 400 jobs during the construction phase, utilizing the local workforce and subcontractors.

Upon completion, Entergy Arkansas plans to employ outside services for site maintenance, such as land management and vegetation control, operations, office rent, team payroll and other items likely to have a local impact. Local businesses such as restaurants and stores may also benefit indirectly from the infusion of construction workers and activity during this time, company officials said.

In addition, the property taxes associated with Entergy Arkansas’ ownership of the project are conservatively estimated to be an approximate average of $1.2 million for Mississippi County annually over the life of the project, or roughly $36 million in 30 years.

Arkansas Secretary of Commerce Mike Preston said, “Driver Solar enables U. S. Steel to grow its business in Arkansas, meet their sustainability goals, and further demonstrates how the State of Arkansas and Entergy Arkansas support companies that provide high-paying jobs grow in the state.”

And its generation will be getting even cleaner over time. To meet customer demands and as described in the Integrated Resource Plan, Entergy Arkansas anticipates replacing a portion of our older natural-gas fired resources in coming years and all our coal-fired resources by 2030 with mainly renewable resources that will deliver needed emission-free electric generation to meet the load and energy requirements of our customers.

The Driver Solar project is another milestone in the modernization of the Entergy Arkansas power generation portfolio, helping meet customers’ needs for cleaner, more efficient, and diverse energy solutions. Beyond providing the benefits of emissions-free generation, the project will promote biological diversity and sustainability by hosting two Monarch butterfly habitat areas to exceed 70 acres.

Driver Solar Facility near Osceola, Ark., in Mississippi County will be the largest in the Entergy Arkansas portfolio at 250 megawatts. Built by Lightsource bp with panels like those in the photo and a butterfly habitat, the renewable energy source will also help U. S. Steel reach its sustainability goals as it grows its business. (photo courtesy of Lightsource bp)

Founded in 1901, United States Steel Corporation is a leading steel producer. With an unwavering focus on safety, the company’s customer-centric Best for All® strategy is advancing a more secure, sustainable future for U. S. Steel and its stakeholders. With a renewed emphasis on innovation, U. S. Steel serves the automotive, construction, appliance, energy, containers, and packaging industries with high value-added steel products such as U. S. Steel’s proprietary XG3™ advanced high-strength steel. The company also maintains competitively advantaged iron ore production and has an annual raw steelmaking capability of 22.4 million net tons. U. S. Steel is headquartered in Pittsburgh, Pennsylvania, with world-class operations across the United States and in Central Europe. For more information, please visit www.ussteel.com.

Lightsource bp is a global leader in the development and management of solar energy and energy storage projects and a 50:50 joint venture with bp. Our purpose is to deliver affordable, safe and sustainable energy to businesses and communities around the world. Our team includes more than 900 industry experts, working in 18 countries. We provide full scope development for our projects, from initial site selection, financing and permitting to long-term management of solar projects and energy sales to our customers. Lightsource bp in the U.S. is headquartered in San Francisco with development offices in Denver, Philadelphia, Atlanta, and Austin. We have over 2,200 megawatts of solar projects in operation or construction in the U.S., represented by 22 projects in 10 different states. For more information visit lightsourcebp.com, follow us on Twitter @lightsourceBP and Instagram @lightsourcebp or view our LinkedIn page.

Newsweek Names Entergy One of the Most Responsible Companies, Greatest Workplaces for Diversity

Entergy Provides Update on Its Progress to Net-Zero Carbon Emissions