An eBay for Charity Story: A Little More Good in the World

Africa Direct supports charities across Africa by selling art, beads and jewelry on eBay for Charity. 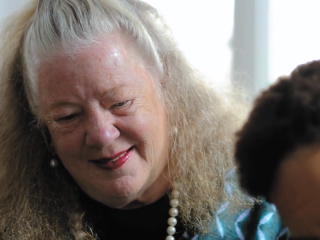 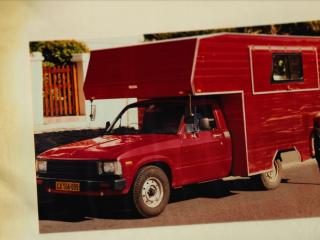 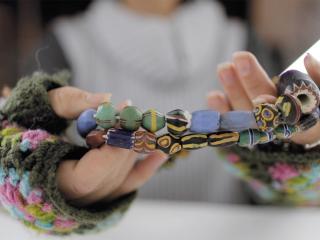 For Elizabeth Bennett and Sara Luther, purpose always has been at the heart of their eBay business, Africa Direct.

The Denver couple started their art and jewelry shop in the 1990s, after spending nearly a year traveling with their family in a retrofitted camper van around southern Africa. For the pair, the trip had come at a particularly opportune moment.

Both were active in anti-apartheid politics, and the late Nelson Mandela had just been elected president of South Africa. They also were at an inflection point in their careers. Elizabeth had spent over two decades in the corporate and entrepreneurial world, while Sara was an athletic club manager and competitive squash player.

To make their trip possible, they sold most of their belongings and rented their house.

“It was a huge change in our lives just to do something completely different,” Sara said. “We had no idea what was going to happen — it was incredible.”

With three of their adopted children in tow, Elizabeth and Sara explored the countries’ cultures and local communities, crisscrossing through South Africa, Lesotho, Mozambique, Zimbabwe, Botswana and Swaziland.

Elizabeth said their family had “adventures and misadventures” over the course of their 15,000-mile journey, where “we had dreams and thoughts, but no plan and life evolved a day at a time.”

“We had experiences to last us forever,” she said. “We made friends who have lasted us forever.”

During their travels, they discovered a passion for African art and wares and began collecting the items. When they returned to Denver, they found they had more than they could keep, sell or give to family and friends.

“I had no interest in opening a retail business, and I really wasn't quite sure how this was going to lead us into the next phase of our lives, but I knew that it would,” Elizabeth said. “And then our miracle happened, and it was eBay, and it transformed our business and, ultimately, our lives.”

Today, Elizabeth and Sara source their eBay store inventory from more than 100 African traders to help support those traders’ business, communities and families.

The couple currently buys from traders and co-ops across South Africa, Zambia, Kenya, Uganda and Swaziland, among other places. Through eBay for Charity, sales from their business also support charities that work to reduce poverty in local communities across Africa.

“[Africa Direct] makes a profound difference in places that I have not been and to people I don't directly know,” Elizabeth said. “I know that quality of life in a number of these villages is better, because my little business exists and that's a nice thing to know. eBay for Charity helped us make this dream scalable.”