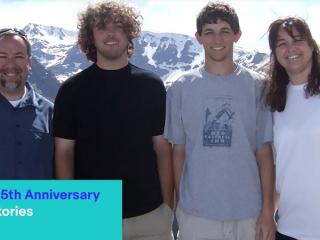 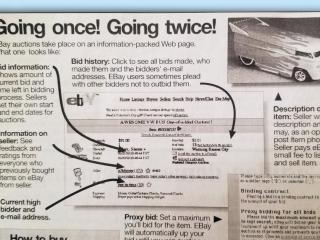 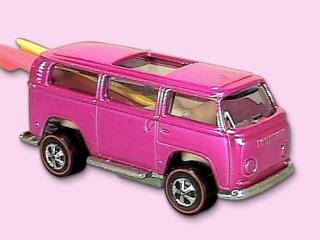 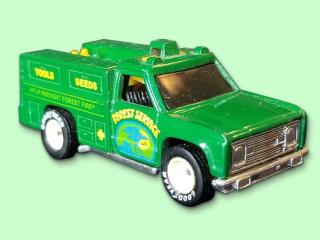 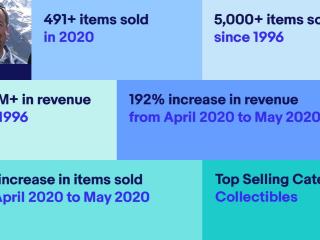 Editor’s note: In celebration of eBay’s 25th anniversary, we’re spotlighting a seller every week from our global community in our Mini Stories column.

Longtime eBay seller Chris Marshall’s passion for collecting vintage Hot Wheels started as a friendly favor for a new neighbor. Over the course of nearly 25 years, that neighborly gesture blossomed into a full-fledged friendship that grew steadily alongside a collection of almost 25,000 toy cars at its peak — and a successful eBay store that has included real cars along with the pint-sized collectibles.

In the mid-1990s, Chris and his wife invited Drew Hertel, their next-door neighbor, over for dinner at their home in Overland Park, Kansas, to welcome him to the area. Over the course of their meal, Chris and Drew chatted about shared pastimes and hobbies. Finding common ground in their love of vintage amusements, Chris’s favorite activity at the time was to restore old pinball machines and arcade games. As for Drew, his passion was gathering Hot Wheels cars.

Drew had brought over a handful of Hot Wheels cars to the Marshalls’ home. It turned out Chris remembered playing with one of Drew’s models as a kid, and Drew told him that the toy was worth around $400. Chris was floored — and intrigued. As the pair traded stories about games and collectibles, Drew asked Chris if he could keep an eye out for any other rare Hot Wheels cars he might happen across while traveling for his work in sales.

Happy to oblige, Chris started stopping by flea markets and local drugstores while on the road for work. “And I thought, ‘You know, maybe I’ll go ahead and collect some of these for myself, just for the fun of it,’ and I started buying duplicates. I realized I could get Drew the ones he’s looking for, then buy an extra one for myself and start my own collection,” Chris said, then laughs at the memory. “If my wife heard me say that, she would start hitting me over the head with a club — because that’s when my collection went completely out of control.”

“At the end of 2000 or 2001, I had amassed probably close to 25,000 cars in my collection — the hunt was really fun for me,” he said. He loved going on collecting trips both stateside and internationally, especially with his family.

Chris joined eBay in July 1996 under the o2bfunny store name, selling some of the items from his collection. “I remember talking with eBay’s founder Pierre [Omidyar] in an online chat room, trying to get something on the site to function,” Chris recalled, a story he still clearly enjoys telling, with a word of advice for his younger self: “Make sure you do screen captures when you're going back and forth with a founder, because that will really be cool later on,” he joked.

In those early years of eBay, Chris said the marketplace “expanded far beyond what I ever anticipated.” One of his favorite memories over the course of his two decades on the platform was having one of his listings featured in a USA Today front page story within its business section, alongside a story featuring Pierre and former President and CEO Meg Whitman. The paper had featured one of his toy Volkswagen buses in describing what an eBay listing looks like; “And so, of course, I immediately sold the car instantly — that car did not last 10 seconds after the story hit the newsstands,” Chris said.

As an eBay seller, Chris became “semi-famous in Hot Wheels sales for creating a mystery case,” he said. Packed in a brown case with a giant question mark on it, an assortment of various Hot Wheels cars was chosen as a surprise to the buyer. “I sold those for decent money. It was a lot of fun, and I met a lot of people that way.”

Sourcing vintage Hot Wheels cars, for both Drew and himself, connected Chris to fond memories of his childhood years. “I remember many Christmas mornings with my brother and I playing with our brand-new Hot Wheels sets, racing them around the house,” he said.

Chris continued to look online and in-person, searching for limited releases and unique toy cars, particularly the ultra-bright, metallic pink older models. “I thought those were really cool to collect, just because it was a taboo thing back in the ‘60s when those things were made,” Chris said. The Hot Wheels cars didn’t typically come in colors like pink, since they had been marketed to only boys in the ‘60s, Chris said. It was through an online bulletin board that he found a special toy car — a pink, rear-loading Volkswagen Beach Bomb which hadn’t been released previously — that he wasn’t quite sure if it was real.

The prototype had belonged to a child of a former Mattel engineer, Chris said. At the time, it was common for Mattel to offer test cars to employees’ children for “play testing,” and the car had been in the family’s storage for decades.

After learning from the seller that the prototype was in fact real, Chris said he was “dumbfounded” and told him that he was interested in purchasing the collectible. “And he goes, well, I have a bunch of other ones as well. How would you like to take a look at them? I said, ‘I will get on a plane and fly out and come see them.’ And I did the next day. I got on a plane and flew up to the Ontario airport and then went over to El Segundo, California.”

While there, the seller received a phone call from another interested buyer. Fortunately, Chris had already swooped in and secured the deal. He paid the then-current book value for his 250 vintage Hot Wheels, including approximately 25 prototypes. Chris refers to the purchase as "The Find" while a prominent toy magazine has called the pink Beach Bomb 'the Holy Grail of Hot Wheels.'"

Years later, Chris sold the original pink prototype for a whopping $72,000, a sale that’s attributed to opening the floodgates for five-figure toy car deals. “When I did eventually sell it, I contacted the engineer and sent him a thousand bucks from the sale. I just thought it was the right thing to do,” he said. The lucrative sale made national headlines, and Chris used his earnings to purchase another set of wheels. “I ended up buying a new Dodge Viper from the proceeds, switching to a slightly bigger car that had a radio.”

Since the sale of the pink VW Beach Bomb, Chris has helped other individuals sell their cars who have heard about him through family and friends – from pint-sized Hot Wheels to full-sized cars on the site, including a luxury Bentley GT and a fleet of retired city buses for Kansas City, Missouri.

Earlier this year, he sold a forest green 1986 Rescue Ranger truck to a woman planning an extra special surprise for her husband on Father’s Day. She explained to Chris that her husband was teaching their son about responsibility and explained a time when he lost his favorite toy — a Hot Wheels truck — and how he’d regretted it ever since. Together, they were able to identify and find the same model car and surprise him. Chris also threw in an extra 24 toy cars for her son to enjoy. “I told her, ‘Hopefully one of them becomes just as treasured as your husband's car was,’” Chris said.

Chris’ top tips for new and existing sellers are to be as transparent and open – both in photos and in the item’s description – as possible, and to answer people’s questions quickly. “You're establishing that you're being upfront and that there's no surprises,” he said. “I want to make sure that they know exactly what they're buying.”

The pandemic has created “an influx of listings” and allowed him an opportunity to stay at home and list some of his extra toys laying around. “My wife could not be happier. She saw some carpet the other day she hasn't seen in, like, 20 years,” Chris joked.

He has also whittled down his car collection to roughly 75 toy cars, selling most of his prized treasures on eBay. While it’s sometimes hard to part with some of his keepsakes, he loves sharing the cars with both past and future generations of Hot Wheels collectors. “I live by proxy through some of the people that buy from me,” Chris said. As for his favorite finds, he said he likes to keep the ones of sentimental value to him — like his yellow, ‘40s Woodie Wagon he and his youngest son found in Mobile, Alabama, along with various diecast gifts he received when the pink, Beach Bomb sale was published in newspapers.

Chris also is helping Drew, who lives in Florida now, sell some of his collection as he looks to downsize, with the toy cars stored offsite. “We just had dinner with him a couple of weeks ago,” Chris said of his once-neighbor, now good friend. “We’re still really close.”

Looking back on the past 24 years on eBay, the marketplace has helped Chris connect with other enthusiasts and forge friendships in the community. “eBay has certainly been an eye opener for me,” Chris said. “The lifestyle has given me a definite outlet in my personal life, and it’s enabled me to create a lot of relationships I didn't have before. It really changed my life.”

Empowering entrepreneurship and creating economic opportunity for all has been our philosophy at eBay since we were founded 25 years ago. Our marketplace has been enriched by its hundreds of thousands of independent small businesses and entrepreneurs worldwide. We win when they do. Learn more about how we partner with our sellers.