Chris Agarpao shares 25 years of stories and nostalgia as he’s traveled the company’s path from Pierre’s kitchen table to where we are now. 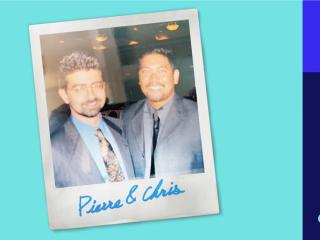 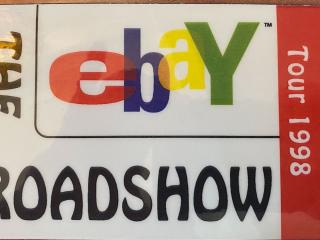 eBay has come a long way from our start as the sparkle in Pierre Omidyar’s eye on Labor Day weekend, 25 years ago. That kernel of an idea was born of genius and nurtured to our current success by many dedicated and committed employees, working toward the same goal of empowering people and creating economic opportunity for all.

As the number one eBay employee — when our company was first known as AuctionWeb — Quality Assurance Inspector Chris Agarpao has seen the full history of our company from a front-row seat. We chatted with Chris about his auspicious first meeting with Pierre, the very first office space (Pierre’s kitchen!), his favorite eBay memories over the past quarter century and why he has stayed at the company all these years.

How did you start with eBay?

Pierre and his wife, Pam, were both in my sister’s wedding; he was the best man and she was a bridesmaid. I really respected him, and I told him I wasn’t happy with my current job. Two weeks later, he called and said he had a hobby going: a third-party auction site. I interviewed at his house and he asked, ‘How would you like to work for me?’” It sounded cool, and I knew I’d get to learn from Pierre, so I said OK.

What did those first couple of years look like?

I started as a part-time billings processor. People would send in their checks — sometimes just nickels — for final value fees. I’d get a page from Pierre, then go to his house for a few hours a week and open checks, record them, count the money and deposit the checks. I worked at Pierre’s kitchen table; we had maybe 30 users that first month. We went from Pierre’s house to Jeff Skoll’s [the first president of eBay] house. We finally settled in Campbell, California, in a two-office suite. It just grew from there, getting bigger and bigger every week.

When did you know it would really take off?

In 1997, Jeff asked me how things were going. I told him that I really liked eBay and its family atmosphere. Back then, it was small, I knew everyone by name. And he says, “Well, you haven’t seen anything yet.” I was like, “Are we going to grow more?!” So I had an inkling that he really wanted to build a household name here.

The first time I met Meg Whitman [our now former CEO and president]. I introduced myself, and she said, “I know who you are,” and that made me feel special. Also, when we had an overnight company celebration at the Asilomar hotel after we launched our IPO [in 1998], we got to meet Olympic swimmer and gold medalist Pablo Morales. He talked about being a winner and gave us strategies. That was amazing.

Top eBay buy over the years?

One Christmas, when my son was five, he wanted Santa to bring him dinosaurs from a Disney movie that was several years old, but the toys were no longer in stores. I was so relieved to find them on eBay. It made his Christmas.

How do people react when they find out you’re employee number one?

They always ask what I’m still doing here! I get that all the time. My answer is, I just love working at eBay. I could work here another 25 years.

What’s your hope for eBay?

I would like to see eBay continue to thrive and be on top.

Read more eBay 25th anniversary stories, and share your own at ebayinc.com/25.