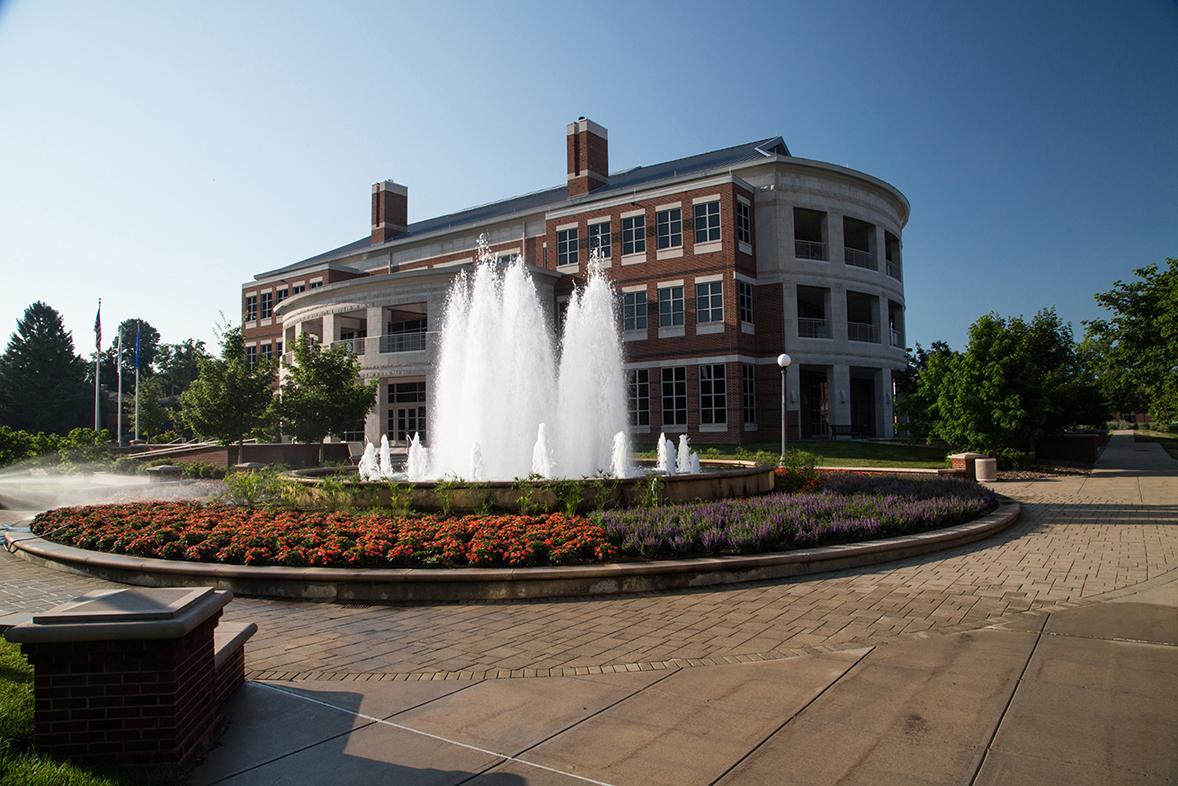 The 69,000-square-foot Alice Campbell Alumni Center, retrocommissioned by a University of Illinois Facilities & Services crew in fiscal year 2012, saved the campus nearly $30,000 in utility costs in the first year after the work was done. Since retrocommissioning began in FY08, the University has saved more than $14 million in utility bills through its work on more than 50 campus buildings.

URBANA, IL, May 16, 2014 /3BL Media/ — The University of Illinois at Urbana-Champaign, which has dramatically reduced its carbon dioxide emissions in the past several years, is selling an estimated 150,000 metric tons of certified carbon credits to Chevrolet, which is retiring them on behalf of the environment.

“Our campus has taken a significant first step in reducing its carbon footprint,” said Professor Evan DeLucia, Director of the University’s new Institute for Sustainability, Energy, and Environment (iSEE). “Chevrolet has rewarded these positive steps by joining with campus leadership to provide more than $1 million to help campus achieve carbon neutrality by 2050.”

The campus committed to the following goals in its Illinois Climate Action Plan (iCAP) created in 2010: reduce building-related greenhouse gas emissions by 15 percent by 2015; 30 percent by 2020; 40 percent by 2025; and 100 percent by 2050. Professor Ben McCall, iSEE’s Associate Director for Campus Sustainability, said the campus is on track to easily surpass its 2015 goal.

Facilities & Services (F&S) has retro-commissioned dozens of campus buildings to improve heating and air conditioning systems and utilized Energy Performance Contracting, which uses future energy savings to fund efficiency improvements. As a result of this and other energy efficiency activities, the campus’ equivalent carbon dioxide emissions — a calculation of all greenhouse gases (such as methane and sulfur) converted to equivalent CO2 — decreased annually from 2008 to 2012.

“Turning a university’s energy-efficiency progress into carbon credits enables them to reinvest in even more clean energy technologies,” said David Tulauskas, General Motors’ sustainability director. “Chevrolet is supporting the ingenious ways people are reducing carbon and spreading the word about the benefits of a clean energy future.”

Although actual figures will not be determined until campus carbon credits are verified by an independent agency and certified by the Verified Carbon Standard, the campus expects to transfer approximately 150,000 tons of reduction from fiscal years 2012-14 to the Chevrolet initiative. Between the funding from Chevrolet and matching funds provided by campus leadership, the final amount allocated for new reductions in carbon emissions is likely to exceed $1 million.

“The funds will be held at the campus level, and iSEE will work with F&S to allocate them,” McCall said. “They will be earmarked to enable additional projects that will further drive down carbon emissions on campus. We want to go the next mile in our iCAP goals.”

Chevrolet helped develop the methodology by which campuses can earn money for certain upgrades that reduce greenhouse gas emissions. It is part of the brand’s Carbon Reduction Initiative to purchase up to 8 million tons of carbon credits from a variety of clean energy projects and technologies in communities across the United States. The nonprofit Bonneville Environmental Foundation (BEF) works on behalf of Chevrolet to manage the transactions.

The agreement with Illinois is Chevrolet’s largest college project investment to date and its first with a Big Ten university.  BEF is retiring the carbon credits for the benefit of the environment, meaning they will not be used to offset emissions related to specific Chevrolet operations or products — or those at any other site.

“As a campus, we need to do our part to eliminate emissions of CO2 into the atmosphere, which is having catastrophic global effects,” McCall said. “But our reach can be so much larger than just our own emissions. We want to be an example to the world and teach our students how to go about emission reductions so other campuses, companies, governments and more can implement these sorts of changes the world over.”

The University’s work toward greenhouse gas reduction is one of several steps toward iCAP goals that have gained attention nationwide. For the second year in a row, the campus was one of 22 institutions of higher learning — and the only one in the Big Ten — to earn a perfect score on the Princeton Review’s Green Honor Roll.

“Universities exist to serve the public good and set America's next generation up for success, and Illinois’ leadership in environmental stewardship shows that it is committed to its ultimate purpose. From setting a strong carbon neutrality goal to selling its carbon credits for retirement, the U of I community should be proud of all that they have accomplished and continue to lead the charge in building a cleaner, safer environment by investing in clean energy,” said Anastasia Schemkes, a Campaign Representative at the Sierra Student Coalition, the youth-led chapter of the Sierra Club.

The Institute for Sustainability, Energy, and Environment, established in December 2013, has a three-fold purpose: to facilitate “actionable research,” an interdisciplinary approach to solving real-world problems involving the Earth’s sustainability, energy and environment; to lead the campus toward a more sustainable future, including meeting its iCAP goals, as it becomes a model for other communities to emulate; and to help U of I students become local and industry leaders in the areas of sustainability, energy and environment.

“Reaching our goal of carbon neutrality by 2050 is going to be a significant challenge that will require an ‘all hands on deck’ approach,” McCall said.  “Some of the actions we will need to take will be costly, and the Chevrolet funding will help us keep on track toward our extremely demanding goals.

“We hope the good news from our campus will be met with enthusiasm throughout the community, as we need everyone to become more active in saving energy and reducing the carbon footprint here and ultimately the world over.”

For starters, iSEE offers tips for “A Greener Campus in 10 Easy Steps” at its website: sustainability.illinois.edu/initiatives.html.

About Chevrolet
Founded in 1911 in Detroit, Chevrolet is now one of the world’s largest car brands, doing business in more than 140 countries and selling more than 4.9 million cars and trucks a year. Chevrolet provides customers with fuel-efficient vehicles that feature spirited performance, expressive design, and high quality. More information on Chevrolet models can be found at www.chevrolet.com.