The Sanofi Espoir Foundation was created in October 2010 to consolidate more than 20 years of commitment to national and international solidarity.

Its mission is to contribute to reducing health inequalities among populations that need it most by applying a socially responsible approach. Its action lines are focused on three key targets:

The Foundation naturally responds to humanitarian emergencies, but focuses primarily on long-term partnerships to act on such recurrent issues as education and prevention, training and access to care.

The Sanofi Espoir Foundation, in partnership with the SIOP (International Pediatric Oncology Society), has for the third year launched a call for projects for nurses in pediatric oncology in low- and medium-resource countries. The aim is to reward and stimulate nurses' initiatives for projects that help fight against childhood cancer in the three areas of education, improving professional practice, and research.

Support for First-Line Aid to Rohingya Refugees in Bangladesh

Fighting the Cholera Epidemic in Yemen

Since the beginning of the armed conflict in March 2015, the humanitarian situation has continued to deteriorate in Yemen. According to the UN, nearly 80% of the population needs humanitarian assistance, particularly regarding access to healthcare. The cholera epidemic is part of this very deteriorated health situation and the spread of the disease cannot be prevented without decisive action to end it quickly.

Providing Access to Healthcare for Displaced Populations in Libya

Tasked with responding to humanitarian emergencies in conflict zones, the Sanofi Espoir Foundation has decided to support a medical project undertaken by its long-standing partner, Première Urgence Internationale.

Despite the displacement of migrants, following the dismantling of the camps in late 2016 and the Great Synthe fire in early April 2017, the number of people in the region is estimated at 2,300 people including 300 women and children, living in the jungles or in the wild, without a fixed camp. With the arrival of spring, humanitarian organizations fear the influx of new migrants into the area.

The Sanofi Espoir Foundation and the Sanofi France Communications Department launched a collection of hygiene products in early April among employees of Sanofi sites in the Ile-de-France area on behalf of migrants living in Paris.

For International Day of the Midwife 2017 on May 5, the Sanofi Espoir Foundation is supporting the "Make5Happen" operation organized by its partner the AMREF.

From April 5-8, Sanofi will participate in the 12th Continental Congress of the International Society of Pediatric Oncology (SIOP), organized this year on the African continent, in Morocco.

Childhood Cancer is one of the main cause of death for the children, every year 175,000 children are confronted with cancer. The five-year survival rate of children with cancer varies from 10 to 80% depending on the level of resources available in their country. Yet, there are effective therapeutic solutions for the majority of these cancers, if the diagnosis is made early and if the child is correctly taken into care. 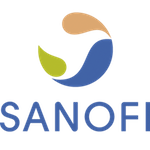