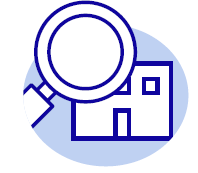 We are committed to ensuring that all employees within our supply chain are treated with respect and in accordance with our workplace and human rights standards.

Championing Her Progress to Create a Better World for All

Globally, more than 800 million women and girls are stigmatized, excluded and discriminated against simply because they menstruate.

Kimberly-Clark announced that 3BL Media has named the company to its 2022 ranking of the 100 Best Corporate Citizens, which recognizes outstanding environmental, social, and governance

Kimberly-Clark announced that it was once again named one of the World’s Most Ethical Companies by Ethisphere for the fourth consecutive year.

For Hakim Savoy, Kimberly-Clark's vice president of global manufacturing, MLK Day is more than a day to do good deeds and kind acts – it’s a day to truly commit to championing human rights around the world.

Water is one of the world’s most vital resources and a key input material to Kimberly-Clark’s tissue manufacturing processes. As a result, we recognize that the communities surrounding mills experiencing water stress will have important social needs as well. Engagement at the local community level is helping to identify appropriate mechanisms to support these needs.

HAKLE, the leading tissue brand in Switzerland, has joined forces with the world’s leading children’s organization, UNICEF, to transform the lives of children and their families in Angola and South Africa.

At K-C Argentina, Sustainable Management is Based on Innovation, Quality and Service to Communities

K-C Argentina has published its Sustainability Report which provides an overview of its economic, social and environmental performance from January to December 2015.