The Best Air for the Best Beer 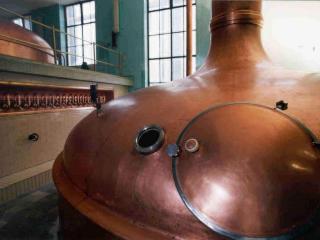 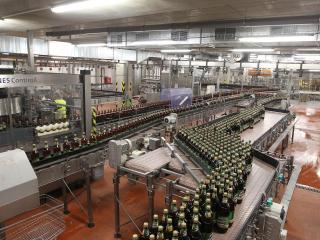 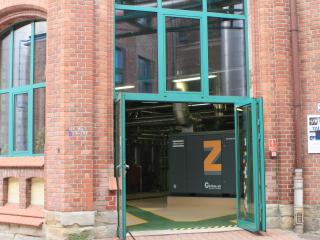 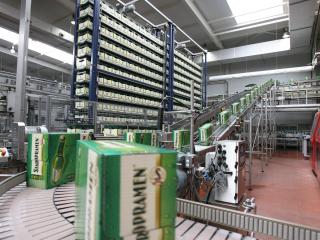 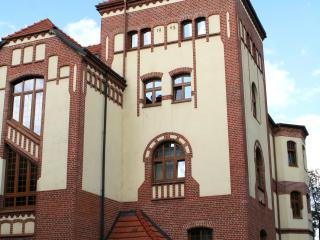 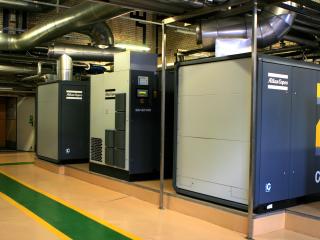 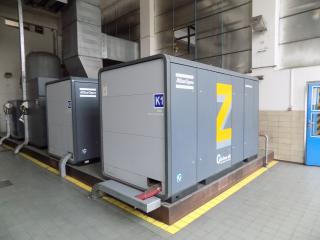 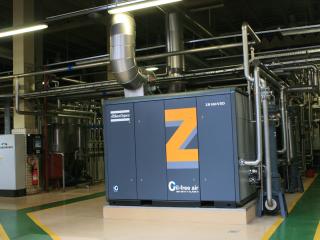 Modernizing the compressor room can be a profitable investment, since compressors are responsible for a big share of the energy bill in most industries. Here are three beer companies that have done it.

Compressed air is one of industry’s most important resources. It is also one of the largest consumers of energy, so any savings made in compressed air systems can have a significant impact on costs and on the environment.

Tychy goes state-of-the-art
This has been demonstrated at the Browar Książęcy in Tychy, Poland’s biggest industrial brewery. It was founded in the early 17th century and is now part of Kompania Piwowarska, a unit of international brewing group SABMiller that operates three big Polish breweries.

In beer production, compressed air plays an important role. It is involved in every phase of the process, from aerating the wort and water to transporting the beer. A recent modernization of the compressor room in the Tychy brewery is a good example of how investing in new equipment can help the bottom line. The upgrade to a state-of-the art facility resulted in a 30% reduction in energy consumption and an award-winning solution. The concept consists of several groups of compressors, each of them matching the demand for compressed air in the various steps of the process. To optimize energy efficiency the brewery also installed a system to recover the heat created in the air compression process, which it then uses to heat its workshops and warehouses.

At Deep Ellum, less is more
For the founders of the microbrewery Deep Ellum Brewing Company, a craft beer maker based in the US state of Texas, it was not only energy consumption that was on the wish list. The small brewery also needed a small, quiet compressor.

“We have zero extra space, so the compressor’s small footprint was extremely important,” says John Reardon, the company’s founder. “So was the lack of noise. The compressor is whisper quiet. We put it in the hallway where people are talking all the time. It’s small so it’s not in the way and it just hums right along. Nobody notices.”

Soon after starting operations in November 2011, the company bought an Atlas Copco scroll air compressor to supply oil-free air for its operation. “Without compressed air we’re pretty much out of business,” Reardon says. “It needs to be oil-free air for all of our equipment, from pre-evacuation of kegs on the keg filler to the valves in the brewhouse to the valves in the canning line.”

Scroll technology satisfies Deep Ellum’s three biggest requirements: that the compressor is compact, quiet and oil-free. Scroll compressors are more energy-efficient and compact than conventional compressors. They are also quiet, so they can be installed at the point of use rather than in a remotely located compressor room. And they are oil-free, an important consideration to avoid contamination in food and beverage production. And with so few moving parts, they are highly reliable and require minimal service interventions.

The name literally means “old spring,” but the facility is anything but old. The company has continuously invested in the latest technology and innovations. Pivovar Staropramen is one of the Czech Republic’s largest beer producers, exporting to more than 35 countries, and Vladimír Urban, utilities supervisor at Staropramen, has many years of experience with Atlas Copco compressors. He is enthusiastic about the work the compressors do in the brewery.

“The latest technologies available on the market have been our criteria for modernizing our pool of machinery,” says Vladimír Urban. “We’re following the latest developments in technology and plan to modernize more machines.”

Energy savings award
Browar Książęcy in Tychy, Poland, recently joined the elite group of companies that have received energy savings certificates, the so-called White Certificates that are conferred by the Energy Regulatory Office. A modernization of Tychy Brewery in cooperation with Atlas Copco resulted in energy savings of almost 30%.

7 Tips for Safe Use of Compressed Air