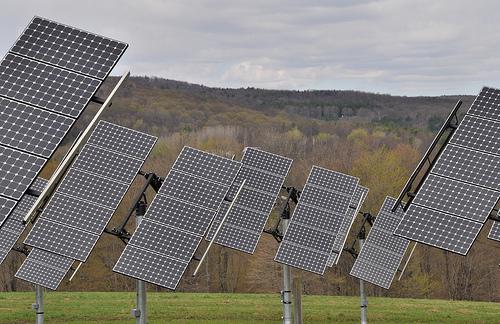 Advancement of solar deployment and energy efficiency are high on the agenda of the US government. The White House has announced more than 300 new private and public sector commitments to reduce carbon emissions and boost employment. The commitments represent new solar installation capacity of over 850 megawatts, sufficient to power about 130,000 homes.

Another equally important goal announced by the government is an increase in investments in energy efficiency that will reduce power bills for more than one billion square feet of buildings. New executive actions will be taken to step up energy efficiency investments in Federal buildings by $2 billion. Smarter appliances will be installed that will cut carbon emissions by over 380 million metric tons, which is equivalent to taking 80 million cars off the roads for a year.

Vikas is a staff writer for the Sustainable Development news and editorial section on Justmeans. He is an MBA with 20 years of managerial and entrepreneurial experience and global travel. He is the author of "The Power of Money" (Scholars, 2003), a book that presents a revolutionary monetary economic theory on poverty alleviation in the developing world. Vikas is also the official writer for an international social project for developing nations "Decisions for Life" run in collaboration between the ILO, the University of Amsterdam and the Indian Institute of Management.