What Gaming System Should You Buy For The Holidays? Xbox One Vs. PS4

Conflict minerals should play a role in your holiday shopping decisions 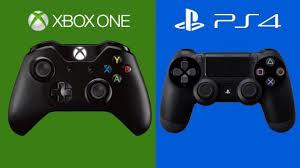 This holiday season when all the little girls and boys are filling out their lists with an upgrade to their gaming systems, there really are only two choices, the Sony Playstation 4 and the Microsoft Xbox One. When deciding the one to buy there are tons of categories to debate which is the best with each system, which each having their strong points. Categories include price, games, media smarts, camera, controllers, blu-ray, graphics, design and the list goes on and on. Perhaps this holiday season another factor should play in to your decision of what system to buy: conflict mineral compliance.

The U.S. government has recently passed Dodd-Frank Wall Street Reform & Consumer Protection Act SEC 1502, which states that all publicly traded U.S. companies must perform due diligence and report the source of Conflict Minerals in their supply chains. The information must be disclosed by the filing deadline, May 31, 2014. A daunting task for both Sony and Microsoft, who must source down to the foreign smelters and mines.

Electronics is one of the main industries effected by Dodd-Frank and many of these products we use daily rely on conflict minerals to function, with the source of those minerals in some areas funding violent wars. Companies are aware, and some have acted responsibly to make sure the resources they buy are not part of the problem. Raise Hope For Congo has recently released their Conflict Minerals Company Ranking List showing which companies have been more proactive.

Looking at the list, the Microsoft Xbox One is the clear choice over the Sony Playstation 4.  Microsoft was one of five companies to include conflict minerals in their supplier audits, they participated in the Conflict-free Smelter program, they were one of six companies to pilot the OECD due diligence guidance and they made public statements against the lawsuit on the SEC regulations.

Sony was not as proactive as Microsoft, but they participate in some projects to come into compliance.  They helped the Japanese electronics industry to partner with the US-base electronics group that is leading conflict minerals work and they joined the Public Private Alliance.

They can both be better though, as can most companies. To take their compliance strategy to the next level many companies are turning to Source Intelligence. Their analytics platform along with their Supplier Engagement Team: experts who engage suppliers, collect, verify and assess conflict minerals-related data, help companies generate the required forms and reports needed to comply with the SEC's final rule.

To request a personalized demo of how they can help you company comply, click HERE.