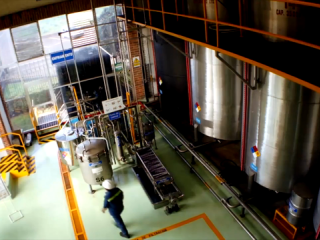 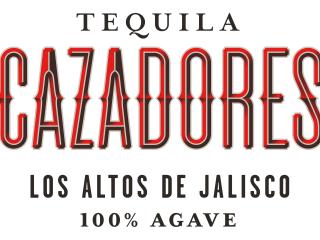 Hamilton, Bermuda, May 3, 2016 /3BL Media/ – Few things are more organic than growing your own renewable fuel like Tequila CAZADORES® does in the picturesque Highlands of Jalisco, Mexico. The premium tequila brand’s fairly new, massive biomass boiler sits juxtaposed to the peaceful, rolling Arandas hills and fields ridged and furrowed with red earth and orderly lines of spiky blue-leaved agave plants. Nothing goes to waste here. The plants are used to make the liquid and power the distillery. With parts large enough for groups of people to walk through, and a colossal arrangement of pipes and rugged engineering, the new boiler at the Tequila CAZADORES distillery is 100% biomass fueled and is a model of forward-thinking, eco-conscious ingenuity.

The Arandas-based Tequila CAZADORES distillery’s biomass boiler harnesses every bit of green energy it can from the discards made during regular production of the brand’s top-shelf spirits. But the “greening” doesn’t stop there as the ashes created within the boiler are used for composting, transforming the ashes into a nutrient-rich soil supplement.

About 60% of the biofuel used to produce the world-renowned Tequila CAZADORES, known for using only blue agave, comes from spent agave fibers, which equates to about 11,000 tons a year. The other 40% is made up of about 8,000 tons of carbon-neutral, renewable fuel sources such as clean waste wood, biomass briquettes, sawdust, carbon, nut end coconut shell, and tree cuttings. In fact, half of the biomass used comes from what used to be considered waste. Together, the organic materials fill the enormous biomass boiler where they are transformed into the fuel needed to generate the steam power required for the agave sugar extraction process, cooking and distillation of the brand’s tequila, using the same original recipe from 1922.

As part of the Bacardi portfolio of premium spirits brands, Tequila CAZADORES is doing its part to advance the Company’s corporate responsibility to be “Good Spirited.” The Arandas tequila distillery, established in 1973, adeptly reduced greenhouse-gas (GHG) emissions by more than 80% when it swapped out the two fossil-fuel dependent boilers that used 2,000 tons of heavy fuel oil each year for the new, clean-burning biomass boiler. This GHG reduction is equivalent to 6,500 tons of CO2. However, the benefits of the conversion didn’t stop there—the new boiler also reduced noise pollution by about 20% compared to the old boilers.

“Global climate changes have the potential to affect Bacardi and the production of our brands. Understanding these realities, we are continuing our focus to minimize environmental impacts companywide,” says Eduardo Vallado, vice president of supply chain and manufacturing for Bacardi in the Americas. “Our Good Spirited initiative is part of our legacy, vital to our growth and sustainability, and this biomass boiler changeover in Mexico, one of many to come, represents our steadfast commitment to our customers and consumers to make the best quality spirits in the most responsible ways.”

The immense boiler conversion took 18 months to plan, 10 months to execute, and has been in operation for more than one year. The Arandas facility’s biomass boiler is the largest among all of the Bacardi facilities worldwide. The Tequila CAZADORES distillery, which employs more than 100 people, was named the Company’s in-house 2015 Good Spirited Award Production Facility Sustainability Project Winner. But Tequila CAZADORES has also received accolades from outside as well for its eco-conscious changes including being named a Socially Responsible Company with an ESR award from the Mexican Center for Philanthropy. Moreover, the distillery is received a “Clean Industry” certification from the Mexican government’s Environment Council.

During the project, many lessons were learned, which will help other facilities within the Bacardi global infrastructure as they opt for greener technology to reach the Company’s long-term sustainability goals. “Tequila CAZADORES strives to be the most sustainable tequila in the world and the Arandas biomass boiler is leading the way. The tequila distillery’s measurable economic and environmental achievements make it an exceptional example of the Bacardi environmental stewardship mission,” adds Vallado.

Since 2006, when Bacardi began tracking its global impact on the environment, it has improved water use efficiency by 46% and reduced GHG intensity ratio by 46%. Building on current programs and efficiencies that reduce its environmental impacts, the Bacardi Limited “Good Spirited” sustainability program sets specific goals in three areas to help the Company reach its vision of a net zero impact:

To learn more about Bacardi Limited and its “Good Spirited: Building a Sustainable Future” environmental initiative for sourcing, packaging and operational efficiencies across the entire Bacardi family of premium spirits and wine brands, visit http://www.bacardilimited.com/good-spirited.

ENJOY RESPONSIBLY.
© 2016 BACARDI
BACARDI, THE BAT DEVICE, CAZADORES AND OTHER MARKS APPEARING ON THE BACARDI GROUP PRODUCTS SHOWN AND/OR QUOTED IN THIS NEWS RELEASE ARE TRADEMARKS OF BACARDI & COMPANY LIMITED OR OF OTHER SUBSIDIARIES OF BACARDI LIMITED.