SRI Is Growing up Right Before Our Very Eyes 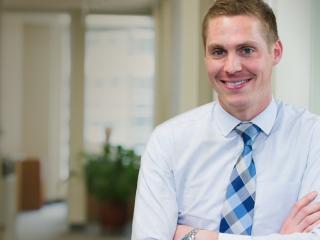 SRI is Growing Up Right Before Our Very Eyes

What was once considered the limited domain of environmental and social activists has grown to become an established force in the capital markets that should be ignored at your own risk. The space is expanding and evolving at an accelerating rate, and this trend shows no signs of turning. Over the past few years, we have seen unprecedented asset flows into ESG, SRI, and Impact Investing strategies; at last count, more than $8.6 trillion in assets were invested in some kind of socially responsible or impact-focused investment strategy.

Along with the burgeoning interest in socially responsible investing on the part of investors, we have also seen an explosion in the number and variety of products designed to meet the needs of socially responsible investors. So significant has this movement been that the mainstream investing world has had no choice but to sit up and take notice. Some of the largest “traditional” asset managers have launched ESG investment products in order to compete for investment dollars from increasingly impact-oriented asset owners, and mainstream media outlets continue to churn out articles letting the world know that impact investing is here to stay.

At Appleseed Capital, we have watched these developments with great satisfaction. Having launched Appleseed Fund (APPLX) nearly 11 years ago, we are proud to have been a participant in the long-term movement to align investments with values. As we look forward to 2018 and beyond, we expect to see the recent trends surrounding socially responsible investing remain solidly intact. We believe that more and more traditional investors and asset managers will come to understand the value, both social and financial, of investing with a purpose, and we are confident that the SRI industry will continue to evolve in response to the changing political and economic environment.

The industry has consistently adapted to the changing economic and political winds. As an example, at Appleseed Capital we instituted our screen on “Too Big To Fail” banks in the wake of the Financial Crisis, having seen the way that the largest banks abused their power to demand bailouts while leaving homeowners to largely fend for themselves.

In this same vein, we expect that socially responsible asset managers will continue to develop innovative solutions to meet the needs of investors in a volatile and unpredictable world. We believe that the dynamism of the SRI industry will lead to yet another year of material growth in 2018, but more importantly, we believe 2018 will be remembered as the year in which shareholders finally took the reins and shifted the responsibility for holding companies accountable from the government to the private sector.

In a major break with the prior administration and most other world governments, the Trump administration decided in early June to withdraw from the Paris Climate Agreement. Believing the regulatory requirements associated with the agreement to be too onerous for businesses, the Trump administration withdrew support for the agreement. This means that Federal regulatory bodies will not require businesses to implement changes that curtail carbon emissions, leaving companies to largely regulate themselves on these matters.

Not long ago, this development would have struck fear into the heart of anyone who cared about environmental impact and climate change. However, it seems that fundamental changes are afoot in the American economy. Immediately after the announcement that the United States would be withdrawing from the Paris Climate Agreement, a slew of American business leaders from major companies in diverse industries took to social media and other outlets to voice their disapproval of the Trump administration’s actions. CEOs such as Tim Cook of Apple, Elon Musk of Tesla, and Sundar Pichai of Google made public statements of concern regarding the dangers of climate change and the unfortunate direction that the administration was choosing to pursue. Even the CEOs of energy giants ExxonMobil, ConocoPhillips, and Shell expressed their disappointment and concern with the administration’s decision.

It may sound cynical, but we do not believe that business leaders would have responded in the same way ten, or even five, years ago. Businesses are being held to a higher level of accountability than ever before by their shareholders. In recent years, shareholders have taken an increasingly active role in ensuring that the managers of the companies they own are directing their businesses in responsible and sustainable ways. This trend appears to have arrived at a tipping point, and the response of business leaders to the Trump administration’s decision on the Paris Agreement indicates that we may be in a new era with respect to corporate accountability.

Even before the announcement that the United States would be exiting the Paris Agreement, we were provided with somewhat of a watershed example of just how far we’ve come with regard to investors holding businesses to a higher standard of accountability.

At the ExxonMobil annual shareholders meeting in late May, 62.3 percent of shareholders voted in favor of a resolution asking the company to publish a report outlining the risks that the company faces as a result of climate change. A similar resolution had only received 38 percent of the vote in the prior year, and no resolution of this type had ever been passed at a major fossil fuel company.

Getting a majority vote on a climate change resolution at a firm like ExxonMobil is no easy task. It requires the support of major mainstream asset managers, many of whom have historically rejected such measures, choosing instead to side with company management.

Read the rest of Matthew's article & his bio here- http://greenmoneyjournal.com/sri-is-growing-up-right-before-our-very-eyes