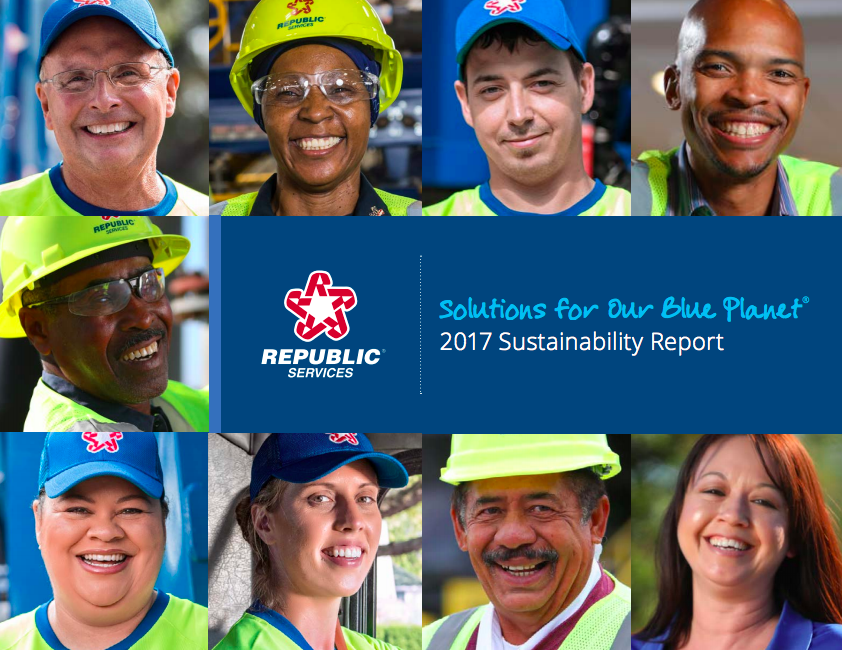 “At Republic, we understand that we play a critical role in helping more than 14 million customers lessen their environmental impact,” said Don Slager, president and chief executive officer. “We also recognize that as we grow the business, our responsibility as environmental stewards grows — along with our potential for even greater impact. This is a source of pride for every employee, because our customers — and the communities we serve — can count on us for solutions that are responsible, reliable and resourceful.”

Highlights from the 2017 Sustainability Report include:

Republic Services continues to steadily build upon its industry-leading sustainability platform while earning notable recognition for sustainability and corporate responsibility achievements, as demonstrated by inclusion for the second consecutive year in both the Dow Jones Sustainability Index (DJSI) – North America and World Indices and recognition on Barron’s 100 Most Sustainable Companies list. The Company was also awarded the Gold Class Award in the 2018 RobecoSAM’s Sustainability Yearbook and named to the Ethisphere Institute’s World’s Most Ethical Companies list for the second year in a row.

About Republic Services
Republic Services, Inc. is an industry leader in U.S. recycling and non-hazardous solid waste disposal. Through its subsidiaries, Republic’s collection companies, recycling centers, transfer stations and landfills focus on providing effective solutions to make responsive waste disposal effortless for its 14 million customers. We’ll handle it from here.®, the brand’s promise, lets customers know they can count on Republic to provide a superior experience while fostering a sustainable Blue Planet for future generations to enjoy a cleaner, safer and healthier world. 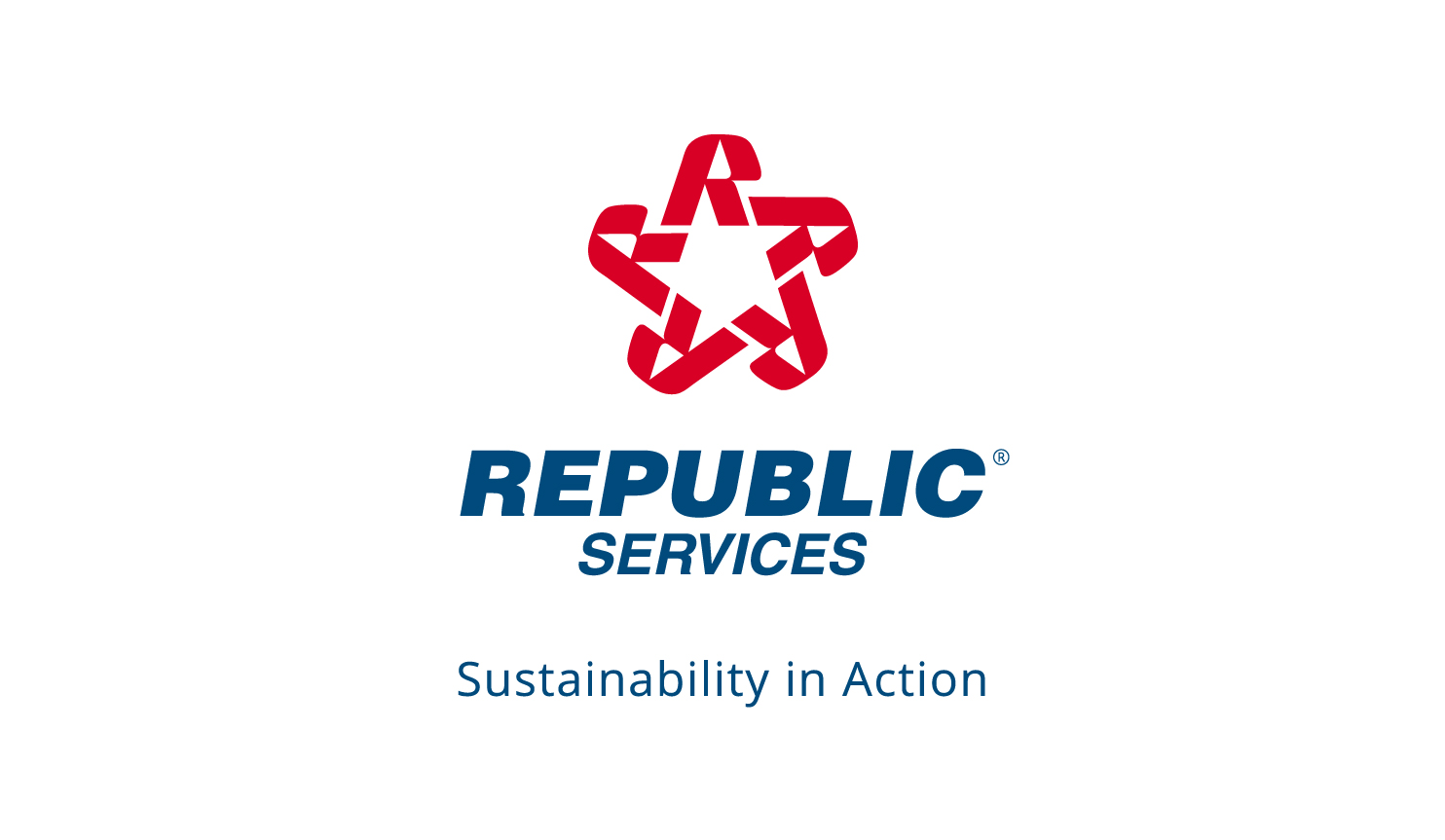