From Program to Possibility: Ingrid Miranda, Production Chief at Gildan

For International Women’s Day, Ingrid reveals how she was impacted by Gildan’s “Wonderful Women” initiative 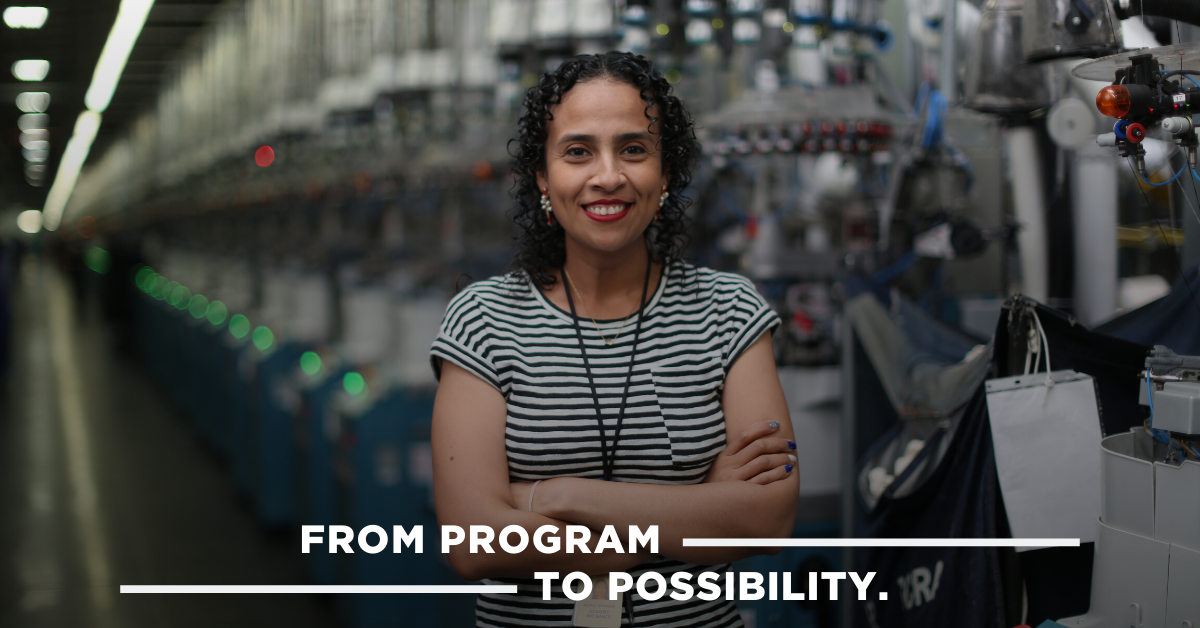 Ingrid Miranda joined Gildan in 2010 as a Quality Assurance Auditor in Honduras. She was later promoted to Quality Chief in 2014, and then to Production Chief in 2016. As a woman in leadership, Ingrid shares how she was impacted by Gildan’s “Wonderful Women” initiative and its “Taking the Stage” lectures, where the company hosted a panel discussion about diversity, inclusion, and female empowerment. Hear what she has to say:

“The ‘Success is Within Your Reach’ talk by author and motivational speaker Sylvia Montero gave me newfound confidence in myself and in my ability to overcome any social or personal barriers I might face during my journey to success. The panel taught me the value of learning and that I should never give up on my dreams. I also gained tools for my own professional development: I learned about how to be a better leader to my team and how to establish professional objectives for myself.

As a woman, this initiative inspired me through channeling the stories of other women who have had to overcome similar barriers to myself. Like me, Sylvia is a single mother, and her talk taught me that other women in leadership have had to overcome the same struggles as what I have had to face when trying to balance two careers at once: that of my profession, and of being a mother. Knowing that there were many successful women who have had to go through similar things gave me more certainty in myself and in the path that I have chosen. In turn, the panel also showed me the importance of supporting other women who, like myself, have struggled to achieve success. I think the most important thing that I have been able to do throughout my own professional development is mentor and empower other women.

Initiatives like these show me Gildan’s willingness to recognize women and see them as vital to the company, which inspires me to do my best in every way. After the talk, I now have more confidence in myself and in my abilities, and each day, I feel motivated to be a better person and a better professional.”

Gildan Extends Its Partnership With Room To Read Bangladesh