'Natural Gas is at the Forefront' 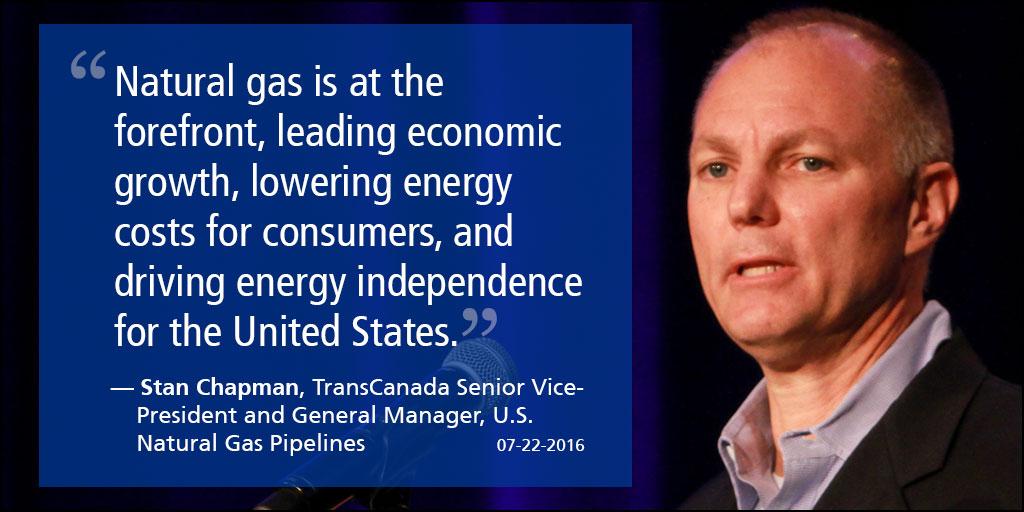 ‘Natural gas is at the forefront’

Plentiful natural gas supplies will provide huge opportunities for prosperity in the United States, according to TransCanada’s Senior Vice-President and General Manager, U.S. Natural Gas Pipelines, Stan Chapman, who was one of four featured guests on an energy policy panel discussion yesterday as part of this week’s Republican National Convention in Cleveland, Ohio.

Chapman served as the panel’s natural gas expert. During his 10-minute presentation he briefed the audience on howTransCanada’s acquisition of Columbia Pipeline Group created one of North America’s largest natural gas transmission companies. He also provided insight into how the industry’s past and future growth translates into benefits for all Americans.

“Natural gas is at the forefront, leading economic growth, lowering energy costs for consumers, and driving energy independence for the United States,” Chapman said. “To stay on this path to prosperity, we need to create and maintain a regulatory climate that provides for stable, predictable regulation at all levels of government that allows for timely review and approval of new energy infrastructure.”

TransCanada operates one of North America’s largest natural gas transmission businesses with almost 91,000 kilometres (56,900 miles) of natural gas pipelines – enough to circle the Earth twice. We transport more than 25 per cent of the natural gas that North Americans use in Canada, the U.S. and Mexico.

School Is Expensive, We Can Help

Safety Matters: Carrying Out Safety in Our Every Day