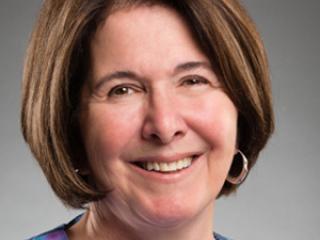 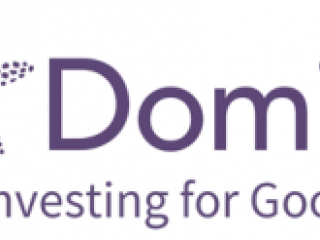 As simplistic as it is, I believe that when attempting to predict the market action for the year ahead, it is necessary to first review the secular environment. Over the past century, our stock market has tended to take a staircase steps approach to progress. We see roughly 15 years of flat followed by roughly 15 years of forward. Consider 1968 through 1982. The Dow Jones Industrial Average reached 1,000 three times, only to fall back dramatically, before finally and permanently breaking through in 1982. Although the next seventeen years saw drops and frights, it did basically charge ahead until 1999. Next came a period with a drop of 25 percent, followed by recoveries to old highs, followed by a drop of 25 percent followed by a rise. It took until 2013 to break through the old record highs. That meant 14 years of volatile sideways drift. By this reckoning (breaking old peaks), we are only four years into a secular bull market, though I acknowledge that the popular press considers us nine years into it—using the market bottom as a starting spot.

We know that economics matter. Looking ahead through 2018, higher corporate earnings — inevitable with the gift the U.S. government will be giving them in the form of lower taxes — ought to lead to the sort of volatility-free rise that 2017 saw. Further, employment is full in this country; emerging economies continue to grow at rates that exceed those of developed economies; exciting new industries such as software-as-a-service, alternative energy storage and the internet of things arise with comforting regularity fueling dynamic growth. Stocks are pricey, but if we add five percent growth rates in (the result of a five percent cut in taxes) they are fair. Why worry?

Then there’s the other picture. There are two enormous longer-term and permanent threats to my cheerful scenario. One is a macro geopolitical one and the other is due to climate change. Further, there are three short-term unavoidable threats, also worth acknowledging.

I begin with the macro geopolitical fact that overhangs all if we look ahead a few decades: China. Earlier this year a report from the World Economic Forum pointed out that China graduates 4.7 million STEM scholars from colleges or technical institutions in a year while the U.S. graduates 568,000. With over twelve times as many potential entrepreneurs produced each year, China is positioned to take on global economic leadership during our lifetimes. The nation is building a university every week. Their GDP growth is over twice as high as ours, their literacy rates are comparable. A seismic shift from U.S. economic domination to Chinese economic domination is underway.

In an article about stock market behavior next year, we need not pursue this line much longer, but it cannot be ignored as the framework within which we look at current global risks. Russia may meddle in elections in democratic nations and create weakness, but it will be China that picks up the benefits.

Now consider climate change. This fall we witnessed extreme weather events in our nation. The taxpayer is picking up much of the bill. National Centers for Environmental Information enumerates the costs in billions: wildfires, droughts, hail, flooding, and tornadoes had cost the nation roughly $13.2 billion before Hurricanes Harvey, Maria and Irma arrived with their estimated $600 billion price tag. This is bad news; considering that our National Flood Insurance Program was already $25 billion in debt by August 2017. It is only a matter of time before the costs of these events create the next financial services collapse. There will be a year when New York or Miami is leveled, the entire seaboard is washed out, or an entire year’s worth of crops fails. Banks and insurance companies will refuse to engage in lending or selling insurance to entire regions. Once again, the shock will go global and markets will fail. Longer term, China and climate change are coming at us, but probably not during 2018.

Near term, the most immediate risk is North Korea. Deeply proud of their self-reliance, the nation is now under the leadership of Supreme Leader Kim Jong-un, who has accelerated his nation’s preparedness for the attack he expects. With 25 nuclear warheads, electromagnetic pulse bombs, sophisticated cyber warfare capacity and at least 5,000 tons of chemical weapons ready to launch, North Korea will not stop accelerating the production of weapons. However, he is not an aggressor. He views himself as proving his readiness to defend his nation. If we avoid leading him to believe he is under attack, he will continue down his albeit scary, but harmless-to-markets tact.

The second immediate threat is higher interest rates. The easy money position of global banks is ending. With its loss will come rising interest rates – creating investment competition for stocks.

Further, rising rates in a close to zero inflation environment will have a dampening effect on large sectors of the economy, like homebuilding, which counts on presumed higher valuations long into the future. Every firm on Wall Street estimates what a stock is worth versus the ‘risk-free’ alternative of Treasury issues. Rising rates make stocks seem more expensive.

The third immediate threat is a November 2018 elections. Should Republicans fail to prove that they can govern (meaning should they fail to cut corporate taxes), that party will fracture further, giving Democrats a chance to regain leadership in the Senate, perhaps even state and local legislatures and the House. Any step in that direction represents greater regulation, corporations shouldering more costs, and increased government spending on services and infrastructure. Wall Street will be thrown into panic and the collapse will follow.

Read the rest of Amy's insightful post and her bio here-  http://greenmoneyjournal.com/my-2018-outlook