Miriam Lewis: Up for the Next Bold Challenge with Principal 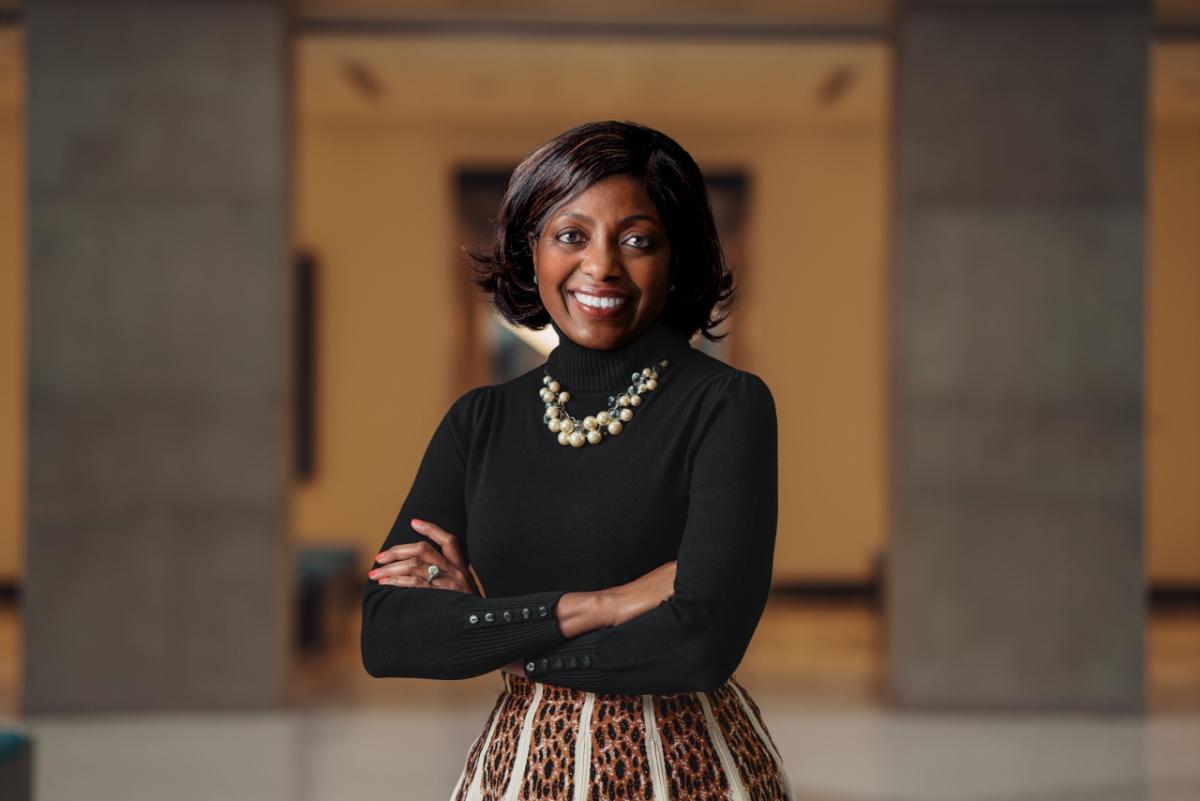 When Miriam Lewis considered the job offer to become chief inclusion officer with Principal Financial Group, she had a few questions.

Where, in relation to her then-home in Atlanta, was Des Moines?

And how committed was Principal to integrating diversity and inclusion—or D&I—into its business model?

“It’s rare to see jobs for inclusion roles that reference a business background coupled with diversity and inclusion experience,” Lewis says. “And Principal’s did. I knew at that moment that Principal understood: This work must be tied to the business, so you can make meaningful progress. It takes business leaders to sustain this work. Inclusion isn’t a human resources initiative. It’s a business imperative.”

Lewis saw the commitment reflected in the Principal board of directors, too, a group that’s been ethnically diverse for two decades.

“Many companies are doing these things for the first time now and celebrating themselves,” says Lewis, “but Principal has been walking that walk for decades.”

Raised by a village to be a helper and a leader.

Helping others has been a driving force for Lewis since childhood. Born in Mobile, Alabama, Lewis’s father died when she was two, leaving her mother to raise six daughters as a single parent. Extended family proved invaluable. “It truly took a village to raise us, and I depend on those relationships to this day,” Lewis says. “That’s probably why I love to help people, because we were helped so much.”

Lewis began her career at a small financial services firm, moving to different roles and increasing responsibilities during nine moves from Alabama to Florida and Georgia. She later held leadership roles at Clorox and Coca-Cola.

From moving products to moving people

In the human resources field, D&I accelerates growth for individuals and helps companies thrive. For Lewis, that meant translating her supply-chain focus from products to people.

She’d always been hungry for a fresh puzzle to solve, new things to learn, a challenge that felt bigger than herself. Bit by bit and with the guidance of a mentor, Lewis added projects to her portfolio that built those D&I muscles.

“The key to harnessing the power of D&I is celebrating differences, not merely tolerating them. Diversity is everything that I am and everything that I’m not,” she says. “It makes us better together.”

That’s what made the position at Principal so appealing. She could return to the financial services field, which helped families during critical times, while implementing her newfound career passion in the D&I space.

“My whole career has been this series of leaps, and this one would be the biggest yet,” Lewis says. Her husband of 27 years, Ray, agreed. “He was the one to say it first: This is right for us.”

Pushing Principal, and others, to do more with D&I.

Lewis and her team, along with employees and leaders, have been hard at work knitting D&I best practices into the way Principal does business—from customers, processes, and its workforce, to its corporate responsibility practices

“It’s feeling you can be your authentic self while at work,” Lewis says. “When you have that, you have the license to bring your ideas to the table and can focus on the business itself—because you’re not thinking about covering up. That’s how companies get the best out of every employee. Different backgrounds and ideas lead to innovations and better outcomes and solutions for customers.”

Diversity and inclusion are more than a job for Lewis. They’re a way of life. “Inclusion is linked to everything I do. It’s who I am. I don’t check it at the door at home or leave it at the office,” Lewis says. “At work and with my family and friends, I’m usually the one to bring everyone together, to consider other opinions, and inviting others to say more. It’s also about listening, to what’s being said and what’s not being said. In an inclusive environment, only goodness happens.”

The corporate world is finally catching up to Lewis, and to the longstanding commitment of Principal. Many workplaces now hire with an eye toward building diverse teams and promoting inclusivity. The bigger challenge is ensuring that the D&I investments companies make are meaningful and sustainable, not just superficial.

It takes time and awareness, both for people and companies. But Lewis has always been up for the challenge. “People may think of being fearless as an instant achievement,” says Lewis. “That’s not my testimony. For me, it has been taking one step at a time. No GPS. No details. No blueprint. Just doing my best and trusting that when I get to the next step, I’ll know what to do, and I’ll learn along the way.”