Looking Back on Five Years of Connect a Million Minds 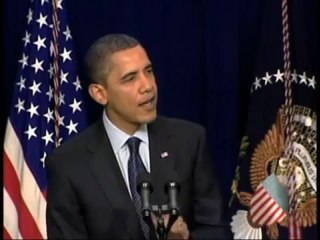 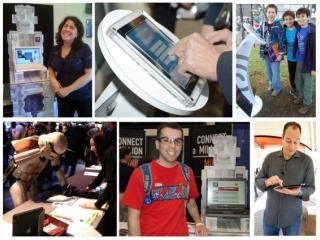 Looking Back on 5 Years of CAMM

In November 2009, Time Warner Cable launched its $100 million philanthropic commitment to inspire the next generation of problem solvers by connecting young people to the wonders of science, technology, engineering and math (STEM), Connect a Million Minds (CAMM). This effort launched in conjunction with Educate to Innovate, President Obama’s call for government, companies, and non-profit organizations to help boost U.S. youth interest and opportunities in STEM.  To commemorate CAMM’s five-year anniversary, and having met its goal of connecting one million young people to hands-on STEM learning opportunities, TWC’s VP of Corporate Social Responsibility Tessie Topol, who has overseen CAMM since it launched, reflects on what’s made it unique and personally rewarding.

It’s hard to believe it was five years ago this week that I was in Washington D.C., listening to President Obama recognize Time Warner Cable and Connect a Million Minds in his Educate to Innovate launch announcement. Hearing the words come out of his mouth, I was sure this would be the moment I’d refer back to if ever asked what was most rewarding about my involvement with CAMM. I was wrong. That moment came a few months later while visiting our Lincoln market, when TWC sponsored the inaugural Nebraska FIRST Lego League (FLL) state-wide robotics competition in partnership with 4-H.

Up till then, I’d spent time with my local colleagues developing the strategy. But it wasn’t until I visited the competition that I experienced CAMM in action for the first time. Employees across the spectrum volunteered at the event – acting as team coaches, videographers, judges…one was even the event MC! Seeing their pride in bringing something new and meaningful to the community and the respect they received from their community partners…feeling the genuine excitement and sincerity of the kids…and hearing the nonstop “thank yous” from parents and customers for making this all possible…it was humbling. But most of all the pledging. People were actually demonstrating their commitment to help connect the next generation of problem solvers by taking the Connect a Million Minds pledge. It was working!

Due to our amazing Community Investment team, my crackerjack colleagues back at headquarters, and CAMM’s compelling call-to-action, my experience in Lincoln would repeat itself again and again, in every market I visited. The excitement we all felt in Nebraska that day — and at times, the same people – have followed me throughout the past five years…at local events, conferences, and a few more trips to the White House. For example, in September 2010, Mary Pinnell, a student from one of the TWC sponsored all-girl robotics teams in Lincoln, that competed in the inaugural FLL competition, would accompany our late CEO, Glenn Britt, and me to the White House at a Presidential STEM event. Then in March 2012, I would sit on a panel with Mary’s robotics coach and TWC Dispatcher, Lori Donaldson, at SXSW Interactive for a panel presented by TWC and FIRST, “Building the Next Generation of Innovators.”  Moments like these showed me how CAMM was touching such a wide range of people, from all different walks of life, both within and outside of the company. This has been the most rewarding thing for me.

And now, as I write this, it’s all come full circle. I’m rushing to get this done so I can make my train down to D.C., to attend a special ceremony marking the five-year anniversary of Educate to Innovate, and to celebrate this year’s recipients of the National Medals of Science, Technology and Innovation. Their bios are a clear reminder that an appreciation for and interest in STEM sparked at a young age can literally change the world.

Imagination Explored Around the World During the Earth Day Cardboard Challenge