Journey to Mars: How Our Collaboration With Jet Propulsion Laboratory Fostered Innovation [Video] 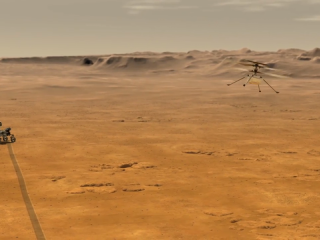 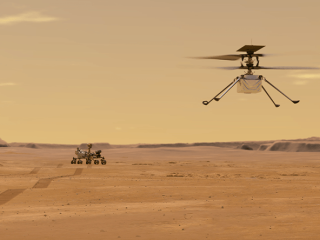 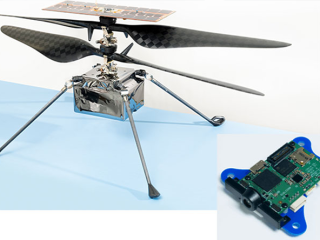 Inventing breakthrough technologies that have positive impact and meet society’s needs is at our core. We also believe in fostering collaborations that drive innovation. That’s why Qualcomm Technologies, which includes Qualcomm Government Technologies and Qualcomm CDMA Technologies, is pleased to share the hard work we’ve been doing with NASA Jet Propulsion Labs (JPL) in developing technologies and solutions that power the Mars helicopter, , to prepare for the first powered flight on another planet.

The Mars helicopter project has been in development since 2014 and is the culmination of rigorous testing and innovation. The project is meant to be a technology demonstration by JPL to showcase how autonomous flight can expand the horizon of space exploration, research, and data for future missions and designs. No technical detail would be too small to consider, including the processor that would be responsible for the helicopter’s operation. When JPL approached us about testing and expanding the autonomous capabilities of Ingenuity using products from Qualcomm Technologies, we were thrilled to share in their team’s vision.

The challenges of first-ever space flight

The rigors of space pose unique challenges to operating a helicopter on Mars — challenges our Qualcomm Flight Platform, is capable of addressing. The main hurdle is operation itself; due to signals taking minutes to arrive, controlling a helicopter via remote control in real time is impossible. The helicopter must instead receive commands for autonomous operation transmitted from millions of miles away and delayed by 3-22 minutes. From there, the next big challenge is making sure that the system handling autonomous operation has sufficiently high computing power and simultaneously low power consumption given much of the power consumption in the helicopter comes from a heater to keep the components warm in Martian evenings. Though Qualcomm Flight was not originally designed for space travel, it does have powerful autonomous operation features that we believed would be a great starting point in tackling some of these upfront challenges.

In addition to flexible autonomous functionality, Martian radiation and atmospheric conditions were also important considerations for JPL in determining the right choice of robotics platform. Extreme temperatures and temperature cycling can wear out parts very quickly. Plus, some forms of space radiation will gradually or abruptly damage silicon. Normally, thorough testing would be ideal, along with space hardening. Through JPL’s analysis, they were able to determine that certain properties of the Qualcomm Flight technology would reduce risk of faults and would qualify the needs for the first flight on another planet.

Putting together the right toolset

Qualcomm Flight was originally developed from the ground up with autonomous flight in mind. The platform focuses on technological benefits typically aimed at consumer drone technology, such as 4K ultra-HD video, heterogeneous mobile computing, navigation via visual inertial odometry, and flight assistance — all in an extremely small and durable package. These were all features that came to mind when JPL considered the constraints of remotely operating a helicopter on Mars, and the complex algorithms the helicopter would need to compute. Autonomous flight by a helicopter on Mars is critical to navigating areas the Rover cannot easily access and opening new possibilities for exploration, obtaining high resolution images, and more ground covered through faster travel.

A major factor that helped us get a head start in our collaboration with JPL was our already extensive testing methodology for commercial technology. We’re always striving to push the limits of the technology we are developing, and it’s exciting when that enables adjacent opportunities to thrive. This streamlined the process of integrating Qualcomm Flight into JPL’s project, and exemplifies how our highly integrated solutions and rigorous testing enables Qualcomm Technologies solutions to easily adapt to the needs of other industry segments. Qualcomm Flight would go on to not only successfully endure our own rigorous hardware testing in our own labs, it also passed JPL’s simulation tests for Mars here on Earth.

This project also gave us a unique opportunity to test the platform for the extreme conditions that Ingenuity would be exposed to. The testing also turned around valuable learnings that can be applied to future missions. For example, we were able to quantify for JPL how parts degraded after exposure to radiation, allowing them to model risk. This can enable JPL to decide whether or not to fly a particular mission down the line.

In addition to enabling the autonomous functioning of Ingenuity, Qualcomm Flight is also used in the communication system of the Mars Rover. The computing capabilities of Qualcomm Flight on the Rover processes the photos taken by the helicopter. This allows both Ingenuity and the Rover to work in tandem to gather and prepare the best possible photos that will be sent back to the JPL team on Earth.

These kinds of test results could only be achieved through thoughtful collaboration and trust between Qualcomm Technologies and Qualcomm Government Technologies and JPL. The mindset from the beginning was rooted in a collaborative engagement and dialogue that enabled the involved entities to engage and learn about the environment each side operates in. Taking a deeply empathic view of each other with an outward mindset helped unify the collective thinking in order to best overcome obstacles by use Qualcomm Flight effectively for the mission. The relationship involved technical, business and contracts teams to bring together a cross collaborative team from the entities to ensure 2-way understanding towards a solution.

Collaborating with JPL on the Mars Helicopter project has been an incredibly exciting honor and a testament to what’s possible when technology companies and end customers work together. This project will shape future technological development for space exploration utilizing commercial technology and research. It also will help drive further innovation in robotics at Qualcomm Technologies. Since the introduction of Qualcomm Flight, we have introduced other Qualcomm Robotics Platforms. We can’t wait to see what happens next.

In memoriam
This blog post is dedicated to the inspiring leadership of engineering team lead, Jim Willmore, whose passing occurred during the development of the project. Without Jim’s curiosity and enthusiasm, we wouldn’t know how much risk there was in sending all of these components to space, and NASA might only roll the dice on a project like this once. Jim’s belief in taking on projects that are interesting and inspiring to his team was instrumental in the success of this collaboration.

Qualcomm Flight Platform and Qualcomm Robotics Platform are products of Qualcomm Technologies, Inc. and/or its subsidiaries.

How Virtual Reality for Teachers Can Improve Quality of Education

Why We Need To Prioritize Digital Transformation – Even in a Downturn