How PNC Helps to Finance the Solar Power Revolution

As a leader in eco-friendly development, PNC Energy Capital lights the way for solar industry growth. 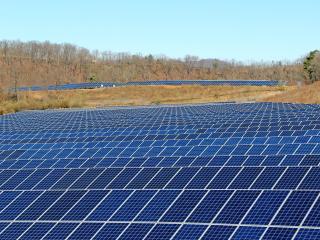 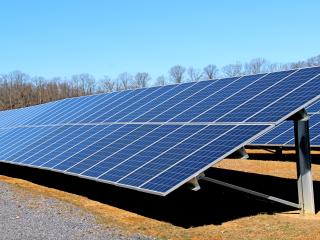 Across the United States, solar power installations have become an increasingly popular and affordable source of renewable energy.

In fact, the U.S. hit 1 million solar installations at the end of February 2017, which amounts to about 27 gigawatts of solar power capacity, according to the Solar Energy Industries Association. That’s enough power to supply roughly 6 million homes. Still, those 1 million installations deliver just 1 percent of the electricity produced in the United States.

Finding renewable energy sources and conserving energy are important for the future. Amid rising energy demands and dwindling resources, renewable energy is one of the country’s top three stated priorities and one of the fastest growing sectors of the national economy. Since 2016, the industry posted a record-shattering 95% increase in solar installations, with utility-scale solar power accounting for 72 percent of projects in 2016.

To support the growth of the solar industry, PNC Energy Capital, a unit of PNC Bank, provides financing for equipment used in solar power installations.

In Washington County, Maryland, PNC Energy Capital finances the equipment installed on solar farms constructed on reclaimed county landfills through sale/lease-back agreements with the developer. Those farms provide electricity for county government facilities at a discounted rate and send additional electricity to the power grid where it’s sold to other consumers.

The arrangement is made possible by a Power Purchase Agreement (PPA) with the project’s developer where the customer pays an electricity rate equal to or less than what other customers pay for their existing power.

“The first four fields generate enough electricity to offset all the accounts that Washington County has eligible or makes sense to put on a PPA,” said Julie Pippel, director, Division of Environmental Management, Washington County, MD.  “The fields will generate 100 percent of the needs for those accounts.”

The county estimates it will save $100,000 per year in electricity costs as a result of its purchase agreement. Solar projects are developed through a 20-year public/private partnership with Washington County, MD providing the land.

“The county could provide up to 130 acres of landfill property,” said Pippel.

When completed it should produce up to 25 megawatts of electricity. It will definitely generate more power on county land than the county uses.

In addition to a paying a discounted price for its electricity, Washington County also will receive rent payments for its landfill property. The solar farm development on the county landfill is nearly half way complete.

“It’s been a positive story,” said James Jenkins, public relations manager for Washington County. “It’s been nice to be able to talk about how sustainable we are as a government. It also kind of tells the solar story itself.”

PNC Energy Capital has been in the solar market segment for 10 years. It is one of the largest providers of capital to U.S. companies that distribute solar generation business.

As a market leader, the group provides energy services and flexible project finance solutions to commercial businesses and federal, state and local governments.

In Pennsylvania, for example, a well-known, big box retailer uses solar equipment financed by PNC Energy Capital to provide a majority of the power required to operate five of its stores. Companies invest in these resources as the cost to build solar electricity generating systems continues to decline.

Recognizing the importance of wise investments, PNC strives to integrate conservation, including water and energy saving technology, into its own building practices.

Its nationally recognized commitment to green construction has lowered costs, increased efficiency and productivity and enhanced the communities where people live, work and play. PNC is the first U.S. bank to apply green building standards to all newly constructed or renovated branch offices, with more than 250 certifications.

Celebrating a Decade of Community Connection in Historic Cleveland