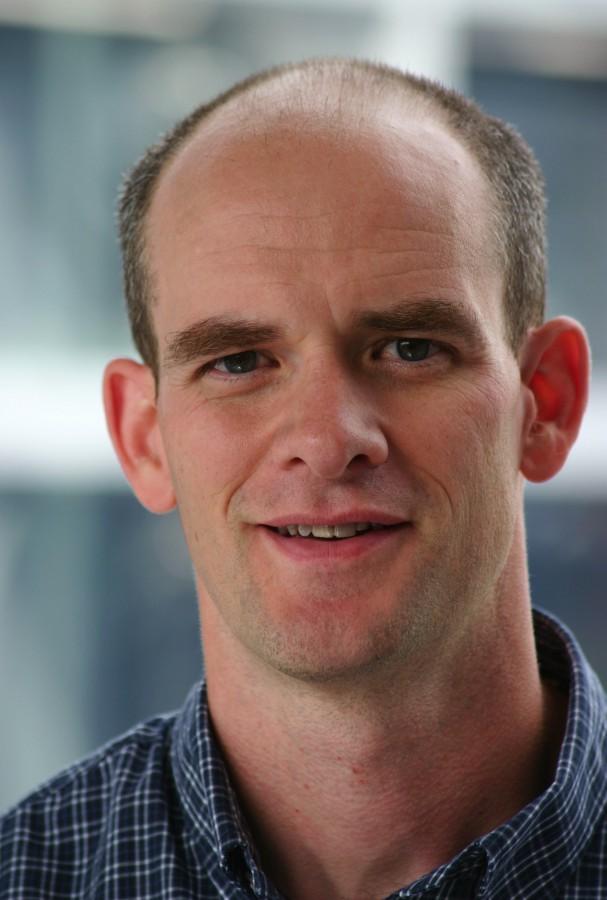 Any Amgen Scholar would be fortunate to land in David Mooney’s cell and tissue engineering lab at Harvard University. In the past year alone, his team of 40 scientists -- 10 of them undergraduates -- has packaged cancer vaccines into new scaffold-like materials. They’ve made elastic gels on which bone stem cells stand a better chance of survival.  And they have developed strands of nanomaterials that can deliver drug “refills” to existing drug-eluting implants.

On paper, Mooney’s career looks well planned and executed. But to hear him describe it, his entry into chemical engineering was largely accidental, and his career was propelled at least partly by happenstance.

“Most students now seem to career-plan a lot,” he says. “I can’t say that I did that. I’ve kind of taken things as they come.”

Born in Madison, Wisconsin and youngest of 11 children, Mooney attended the University of Wisconsin-Madison, where in his first year he met briefly with an advisor to select a major. One suggestion, based on Mooney’s math and science scores, was chemical engineering. Neither of Mooney’s parents had gone to college, and he didn’t know any chemical engineers, but he decided to try it.

As a cooperative education student, Mooney had the chance to pay his way through college and to work in industry. At the Dow Chemical Company, he helped scale up the manufacture of a drug molecule for use in a clinical trial, a process that involves taking chemical reactions from beakers to large reactors.

“That experience played a really pivotal role in helping me understand the importance of engineering and science, in terms of its ability to impact people’s lives,” Mooney says.

Graduate school wasn’t on Mooney’s radar, either, until a prominent professor teaching one of his engineering classes told him he should consider it. “I explained to him that I didn’t know much about grad school,” Mooney recalls. “And he said, ‘Why don’t you apply for a master’s program? If you like it, you can stay for a PhD.’”

Taking that advice, Mooney applied and was accepted to the Massachusetts Institute of Technology, where he was mentored by three scientific greats: drug-delivery pioneer and inventor Robert Langer, transplant surgeon Joseph Vacanti, and cell biologist Don Ingber. It was the late 1980s, and Vacanti and Langer were laying the groundwork for tissue engineering, which was then a new field. Their excitement was contagious and got Mooney thinking he would stay for a PhD, though in the back of his mind he assumed he would ultimately land in industry, a more traditional route for a chemical engineer.

But as Mooney stayed, his work with Vacanti showed him a gulf between the worlds of biology and engineering. Many engineered prototypes were too impractical for the operating room. All three of his advisers encouraged him to pursue postdoctoral research, and Mooney wanted to focus on bridging that gap, which required him to gain a deeper expertise of both biology and engineering.

During his postdoctoral stint, a faculty member at the University of Michigan called Mooney, urging him to apply for a junior faculty position in tissue engineering. Another researcher had seen one of Mooney’s lectures and had suggested him as a recruit. But Mooney attributes that phone call to the promise academia saw in engineering new tissues and organs.

Mooney returned to Boston in 2004 for several reasons, among them that it is a hub for innovation in the life sciences. He also saw that Harvard’s smaller engineering school would allow him to teach in reduced class sizes. His laboratory at the Wyss Institute for Biologically Inspired Engineering works in several high-impact areas in tissue engineering, among them the development of materials that promote blood vessel formation for the treatment of heart attacks and other vascular diseases.

Although Mooney is passionate about his group’s research, “the most important product of my lab is not data, it’s people,” he says. He hosted an Amgen Scholar last summer, in the inaugural year of Harvard’s Program. This summer, he will host two more.

“I’m greatly looking forward to this summer and future summers of getting a chance to work with some of these incredibly bright students,” he says. “They bring a lot of enthusiasm and new ideas. That’s just what you need in an academic lab that’s built on generating ideas.”

Mooney in turn aims to give his mentees insight into independent research, and an opportunity to envision possible paths in science. But, as his own career illustrates and as he tells his students, “Sometimes things work out even if you don’t have everything planned out.”

To learn more about the Amgen Scholars Program, please visit our website and check out the #AmgenScholars hashtag on Twitter. Visit AmgenInspires.com and follow @AmgenFoundation to stay up to date with all STEM-related news from the Amgen Foundation.

Check Out These Personal Accounts from the 2019 Amgen Scholars Program

Beyond the Bench: An Amgen Scholar Travels to New Opportunities