Grow Clean Energy and Solve for Carbon Emissions: A Win-Win

If the world, and the United States in particular, intends to do something to address climate change and reduce the carbon dioxide emissions that cause climate change, then what should we do? And how should we do it?

This blog is the first in a series that will focus on how we can bring about low-carbon and decarbonizing outcomes while leveraging the strengths of competitive markets.

Let’s start with some basics. Today’s markets for electricity (and transportation and manufacturing) were developed years or in some cases decades ago, and were never intended to take into account the impacts of greenhouse gas emissions. Rather, electricity markets were designed to deliver reliable, affordable power. They have accomplished that objective and continue to do so every day. But because the markets were not designed to “solve” for low-carbon outcomes, it should not be a surprise that they do not regularly drive low-carbon generation.

This needs to change, and it can change.

So what would happen if we unleashed innovative and competitive forces to decarbonize our economy? What if advancing renewable electricity generation and facilitating a low-carbon grid was an explicit goal of electricity markets? Can competition and entrepreneurship, which often produce new ways of looking at existing problems, help decarbonize the energy sector? What levers are at our disposal?

There are three main regulatory models for driving low-carbon outcomes in the wholesale energy markets:

Renewable Portfolio Standards Programs: 29 states now have mandatory Renewable Portfolio Standards (RPS) programs to foster renewable energy growth. In general, states can meet RPS standards either by authorizing utilities to procure the necessary quantity of renewable generation or by requiring retailers to buy the required amount of renewable energy.[i] Many of the states with the best track record of building new renewables have utilized an RPS program structure, often backed by competitive sourcing of renewable power. (In either scenario, there are great differences between competitive and regulated markets, including the use of in- and out-of-market subsidies, which we will dive into in greater depth in subsequent blogs.)

Utility self-build: Some states allow their regulated utilities to build new renewables with the costs covered by captive ratepayers. As with all regulated utility projects, self-building renewable generation is guaranteed to recover whatever it spends from ratepayers. Self-built renewable generation is usually more expensive than utilizing competitive processes, which drive down prices.

Carbon Pricing: Carbon pricing plans, such as the Regional Greenhouse Gas Initiative (RGGI) in the Eastern US and Assembly Bill (A.B.) 32 in California, are another potential method of reducing carbon. Carbon pricing focuses on “putting a price on carbon,” thereby driving up the cost of generation resources that emit carbon. This gives lower-carbon emitting resources a competitive advantage in the electricity marketplace. Carbon pricing plans can be effective at rapidly switching from more carbon intensive generation (e.g. coal) to less carbon intensive generation (e.g. natural gas or renewables).

In the absence of effective Federal regulation of carbon, it will be up to the States and even consumers, big and small, to determine their own appetite for supporting clean energy development and usage.[ii]   For its part, California, with its procurement-driven RPS[iii], has installed 15,049 MW of solar energy,[iv] largely on the basis of awarding long-term contracts through a competitive process.

This year, many states have joined California in substantially increasing their pledge to use renewable electricity. Making a pledge, however, is different than actually designing a market to encourage the maximum amount of renewable power at the lowest cost and the greatest reliability. Just like you can’t drop 100,000 self-driving cars into a city overnight, neither can you drop gigawatts of weather-dependent renewables into the grid in a day.

And, the actions that achieve quick success in driving down carbon emissions (i.e. coal to gas conversions) must be carefully reviewed and balanced to ensure we can also reach our long-term goals.

NRG believes we will achieve a cleaner, low carbon future through a wide range of technology solutions, smart financing and, especially, competitive markets. This is why we’re committed to our own aggressive sustainability goals: to reduce carbon emissions by 50% by 2030 and 90% by 2050 from a 2014 baseline.

Over the next several weeks, we’ll be sharing our insights with you on a variety of topics that energy consumers and States face in transforming their energy consumption and driving to a low-carbon electricity system. What questions do you have? We invite you to engage in this dialogue with us in the comments section below.

[i] Most states require retail providers to procure, and then retire, the necessary quantity of Renewable Energy Credits, or RECs.  A REC is created each time a megawatt-hour of renewable energy is put onto the grid.

[ii] Consumers in retail choice states already have the option of going 100% renewable by signing up with companies like Green Mountain Energy to supply their electricity. 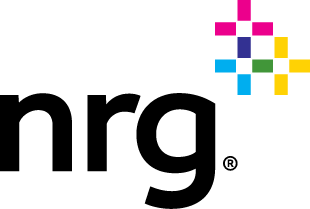 Our 2022 Day of Understanding Recap