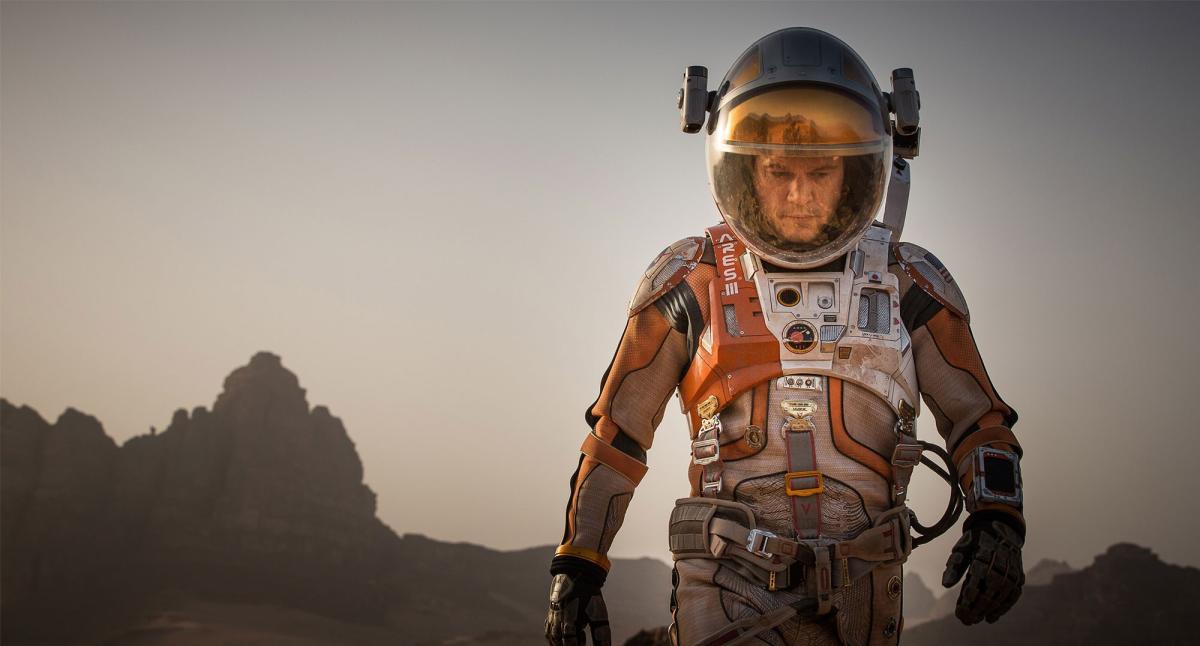 On Tuesday, September 15, 20th Century Fox and Microsoft announced the Hacking Mars Design Challenge, a unique online science and technology competition developed exclusively around the upcoming Fox film The Martian to drive interest in STEM subjects. The winning team will collect a $25,000 grand prize and travel to Microsoft to experience the company's HoloLens technology. The contest is open to anyone in the world over the age of 18, but students with interests in STEM are strongly encouraged to apply.

Directed by Ridley Scott and adapted from Andy Weir's novel, The Martian follows Astronaut Mark Watney (Matt Damon) as he finds himself stranded on Mars alone following a botched mission. With only meager supplies, he must find a way to grow food, produce water, and signal Earth that he is still alive.

The Hacking Mars Design Challenge invites teams to research and submit a three-to-five minute video about a product, service, app, or game that would help Watney address three challenges: staying alive (grow food, filter air, produce water), passing time (keep hope alive, deal with isolation and stress), and getting home (communicate with Earth). Teams can tackle one topic or all three, and they must submit their entries by October 13.

"We're giving students about one month," said Sarah Morris, a senior design strategist at Windows. "We're asking them to... partner with friends in different areas of study. So, if you're a designer, grab a friend who's majoring in computer science or physics."

Microsoft is also activating its family of brands to aid the teams as they craft their projects. Participants will be able to use Skype to connect with Microsoft tech experts, watch the trailer and exclusive content from the film, and view custom-made videos from Fox containing interviews with Andy Weir about the challenges Watney faces on Mars. Teams can also use Bing to navigate an interactive map that tracks Watney's journey and features exclusive content to aid teams with their projects.

The team chosen as the winner will collect a $25,000 grand prize and will travel to Microsoft to experience the company's HoloLens technology, which enables high-definition holograms to come to life in the real world, seamlessly integrating with physical spaces. Microsoft is currently teaming with NASA's Jet Propulsion Laboratory to use HoloLens to provide virtual aid to astronauts working on the International Space Station.

In addition to the contest, Fox and Microsoft will encourage classrooms across the country to participate in discussions about space through free lesson plans about science, engineering, and language arts, available to K-12 educators. The lesson plans, which will be paired with Bing's daily home page image, can be incorporated into the classroom's daily routine or can be used at various points throughout the school year.

"The concept of traveling to another planet is still new and foreign, and can be intimidating," said Bonnie McCracken, a senior product marketing manager for Bing. "These lesson plans help them interact and be entertained at the same time. It's a really great way to connect with the story while also learning."

The Martian will be released in theaters on October 2.