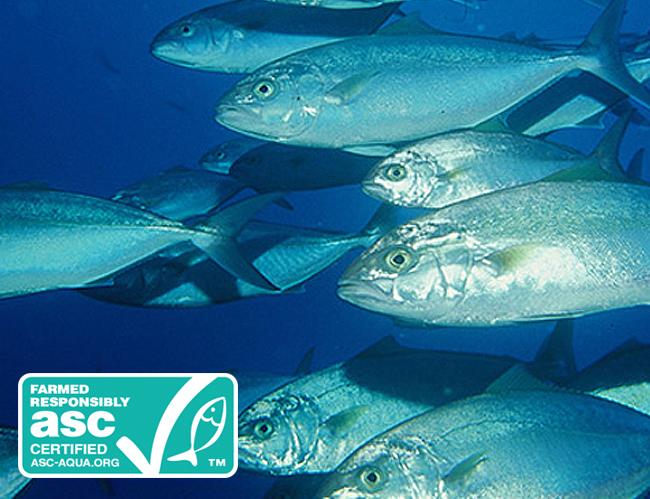 “It is with great pleasure that we welcome Kurose Suisan and Global Ocean Works to the growing family of ASC certified farms. I would like to offer my personal congratulations to all those involved in becoming the first Seriola producers to achieve the ASC standard,” said Chris Ninnes, CEO of ASC.”

Koji Yamamoto, ASC’s General Manager for Japan said: “This is a significant milestone for the ASC. Domestic production of Seriola in Japan is a large proportion of the global total. It is the most farmed finfish species in Japan, and is an integral and historical part of many coastal communities. The arrival of certified Seriola products into the market is a highly anticipated and a significant addition to the ASC line of products from domestic aquaculture. I sincerely wish that this achievement will contribute positively to the future of these coastal communities and that through the market recognition for ASC labelled product this is reinforced. It is pleasing that this market interest is encouraging other Seriola farms to follow their example.”

“WWF Japan would like to express our sincere respect and congratulations to Kurose Suisan and Global Ocean Works for their achievement on ASC certification,” said Aiko Yamauchi, the leader of Ocean and Seafood Group of WWF Japan. “WWF Japan fully understands that producer improvements based on ASC certification were challenging and represent an outstanding accomplishment. We expect this new ASC certified yellowtail will encourage the Japanese market and consumers to support responsible aquaculture broadly.”

“We are excited to be performing conformance assessments under this rigorous new standard” said Jason Swecker, SCS Global Services’ Manager of Sales and Marketing for MSC and ASC Certifications. “We are happy to be part of a process that is propelling the way for responsible Seriola aquaculture practices within the industry.”

Kurose Suisan, operated by the Nissui Group network, has been producing Seriola since 2004 under the brand, Kurose Yellowtail, from its farms sites located in Kushima, in the Miyazaki prefecture in the south of Japan. Global Oceans Works, based in Tarumizu City, Kagoshima Prefecture Japan, was established in 2009 with a focus on processing and sale of ‘hamachi’ yellow tail.

A standard for responsibly farmed Seriola

The ASC Seriola and Cobia Standard, launched just over a year ago, addresses the key negative environmental and social impacts associated with Seriola aquaculture. The standard sets measurable, performance-based requirements that farms must meet to be certified, including preservation of local habitats and biodiversity, minimising fish escapes, conservation of water and water quality, minimal use of therapeutics and antibiotics, and responsible sourcing of feed ingredients, including strict limits on the use of wild fish as an ingredient and full traceability back to a responsibly managed source.

The Seriola standard also has a rigorous set of social requirements based on the core principles of the International Labour Organisation (ILO), including prohibiting the use of child labour or any form of forced labour. All certified farms are safe and equitable working environments where employees earn a decent wage and have regulated working hours.