WASHINGTON, December 15, 2021 /3BL Media/ - A first-of-its-kind report assessing the current field of conservation technology and various tools’ ability to diagnose, understand and address the most critical environmental challenges of our time finds three emerging technologies have particularly promising trajectories to advance conservation over the next ten years.

The report, led by WILDLABS and Colorado State University and supported by their NGO partners and tech sector leaders Microsoft and Arm, surveyed 248 conservationists and technologists across 37 countries using the WILDLABS.NET platform, asking them to rate 11 widely used tools for their capacity to advance conservation. More than 90 percent of respondents rated each of the top three emerging technologies as ‘very helpful’ or ‘game changers.’ Although these three technologies ranked among the lowest when it came to current overall performance, their promising trajectories show their substantial room for and likelihood of further development, potentially making them areas ripe for investment and exploration.

The three technologies represent new frontiers in wildlife conservation, at a time when protecting and restoring the natural world has never been more important or urgent.

Artificial intelligence is increasingly being used in the field to analyse information collected by wildlife conservationists, from camera trap and satellite images to audio recordings. AI can learn how to identify which photos out of thousands contain rare species; or pinpoint an animal call out of hours of field recordings - hugely reducing the manual labour required to collect vital conservation data.

Environmental DNA (eDNA), meanwhile, is being used by pioneering conservationists to collect a wealth of biodiversity data quickly and easily, simply by scanning samples of water or soil. Traces of animal DNA can reveal the presence of previously unobserved species in a local area. A few small samples can contain the DNA of dozens of species and give a detailed snapshot of an ecosystem quickly and efficiently, data that can be used to make the case for greater protections for an area.

Respondents also identified which tools are already meeting expectations in the field. The tools with the highest overall performance ratings were GIS and remote sensing, drones, and mobile apps, with more than 70 percent of respondents rating them ‘good’ or ‘very good.’

Importantly, a range of financial and technical barriers were found to disproportionately affect women and individuals in developing countries, highlighting the need to evaluate and address the potential exclusion of critical conservation stakeholders in this rapidly developing field.

With artificial intelligence, genetics, and sensors already revolutionizing many of the world’s largest business sectors, this study makes clear the tremendous opportunity to invest in harnessing their potential for conservation. However, it is also clear that advancing the field of conservation technology will require more than investing in promising tools.

According to input from the study’s focus groups with nearly 50 leading experts, overcoming these systemic challenges to achieve scalable impact calls for a dramatic shift in approach, from a patchwork landscape of one-off projects competing for limited resources to an internationally coordinated organizational ecosystem with innovative funding mechanisms to back it.

Quotes from the WILDLABS Steering Committee

“There is a lot of untapped technological innovation potential in conservation compared to what we see in nearly every other industry. Conservation has room for growth,” said Eric Fegraus, Senior Director of Conservation Technology at Conservation International and WILDLABS Steering Committee Chair. “This WILDLABS study provides more evidence that collectively, the global conservation community has an exciting opportunity to quadruple down on its drive to build new technologies and to adopt existing technologies that have the potential to improve conservation outcomes for nature and the people who rely on it.”

“Protecting and restoring nature is the most pressing task facing humanity this century – and this WILDLABS research is further evidence of the huge contribution that technology has to play. Innovations in areas like DNA sequencing and artificial intelligence are allowing us to understand the natural world and conserve wildlife in new, more efficient and often more effective ways, safeguarding species from extinction.

“But the research finds that the full potential of these technologies is yet to be met. At COP26, the Glasgow Climate Pact recognised the huge role that nature protection can play in mitigating climate change and reversing biodiversity loss. Now we need governments, philanthropists and the private sector – including the tech giants – to put their weight behind the technological revolution in conservation.”

“Continued conservation success depends on blending emerging technologies with proven solutions. More importantly we need these tools to be accessible to government agencies with limited resources and marginalized communities who are often on the front lines of saving wildlife and wild places. This report should serve as a mandate to invest in adapting these latest technological tools so that they are available to the conservation communities that would benefit from them the most.”

“This timely research, for the first time, puts data behind what many working in conservation technology know all too well to be true. While the promise of technology to support conservation and sustainability efforts has never been greater, lack of funding, capacity and coordination continue to hamper progress. The COVID-19 pandemic and recent UN IPCC climate change report demonstrate in stark terms that humanity’s relationship with nature is broken. Conservation technology has a critical role to play to help avoid future pandemics and the worst consequences of climate change. To maximize impact, there needs to be an order (or two) magnitude increase in sustainable funding to help develop, deploy and scale conservation technology solutions such as machine learning, eDNA, and networked sensors across a wide swath of conservation and development challenges.”

“Technologies like machine learning, acoustic sensors, and satellite remote sensing have the potential to revolutionise conservation, increasing people’s capacity to gather valuable data about their interactions with nature, at ever greater scales and efficiency. This information is vital to understanding how we can reverse biodiversity declines.

“In some respects, technology is already delivering on that promise, but fundamental issues, like accessibility of training and support, and the high costs of tech, mean that it is often out of reach to many conservationists, particularly those who live in closest proximity with nature.

“This timely report provides critical insights regarding which approaches are delivering, and which need more work, and help us understand where we need to direct our efforts to break down these barriers.” 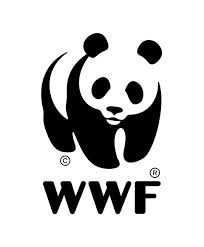