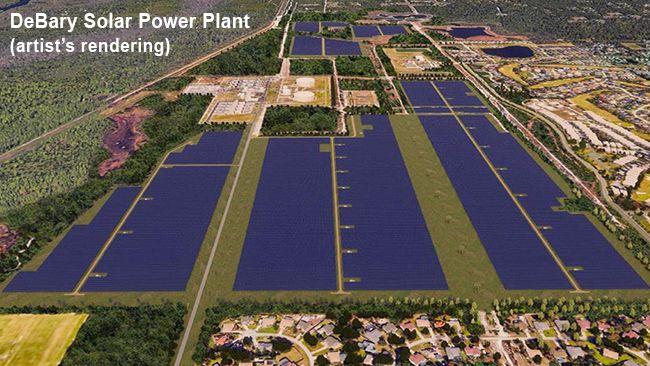 "These three solar power plants are expected to eliminate nearly 800 million pounds of carbon dioxide emissions in Florida each year upon commercial operation. That’s the equivalent of taking about 70,000 passenger cars off the road each year," said Catherine Stempien, Duke Energy Florida state president. “These projects represent our commitment to the environment and more fuel diversity in the state as we strategically pace the expansion of renewable generation for our Florida customers’ benefit."

DEF is investing an estimated $1 billion to construct or acquire a total of 700 MW of cost-effective solar power facilities through 2022.

By buying existing solar projects and using a competitive process to select DEF solar contractors, solar panels and project material suppliers, the company’s solar power plants bring the greatest amount of dependable renewable energy online for customers in the most efficient and economical way while creating more jobs in the solar and energy-related markets.

Last year, our Hamilton Solar Power Plant, sized at 74.9 MW, was placed in service in Jasper, Fla., and marked the fifth DEF-owned solar power plant in operation in Florida.

The previously announced 74.9-MW Columbia Solar Power Plant in Columbia County will be completed in March 2020. Together, with today’s announcement, DEF will have nine solar power plants in operation by the end of the first quarter of 2020.

Solar technology has become less expensive and more efficient over time. Duke Energy has purposefully paced its solar investments over time to take advantage of these benefits for its customers.

Commercial and industrial customers would see approximately half a percent change or less per project.

For both the Lake Placid and Trenton solar power plants, the forecast base rate increase would begin in the January 2020 billing period.

For the DeBary Solar Power Plant, the forecast base rate increase would begin in the April 2020 billing period.

Duke Energy Florida is a subsidiary of Duke Energy (NYSE: DUK). Headquartered in Charlotte, N.C., Duke Energy is one of the largest energy holding companies in the U.S., with approximately 29,000 employees and a generating capacity of 49,500 megawatts. The company is transforming its customers’ experience, modernizing its energy grid, generating cleaner energy and expanding its natural gas infrastructure to create a smarter energy future for the people and communities it serves.