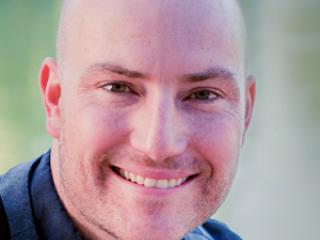 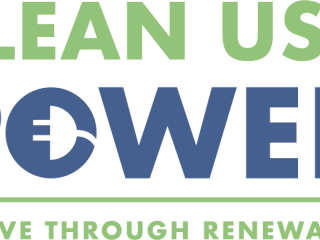 Over the last several years, I have realized that there has been a compelling shift in the minds of investors in our business.

Historically, most investors wanted to know the numbers. What would be the return on their investment and how soon would it happen? But more and more, I meet people who are asking about impact, not just dollars.

The momentum of that sea change hit home this spring when we met new investors, a couple. They were mission-driven. They wanted their money to have a measurable impact on the world.

From the first days of our courting this couple, we focused on why we do what we do.

For a decade, our company has acquired land for large wind and solar projects, often leasing it to developers for 30 years or more. We do that by selling shares to people excited about investing in land for wind or solar projects.

We pointed this couple to the impact of clean energy. We explained how it’s more efficient to invest in large-scale solar utility projects, than to convert individual houses to solar. We noted that an investment of $100,000 is the equivalent of converting 41 houses to clean power. We pointed to studies showing that renewable energy generates more jobs per megawatt than traditional energy. We explained that it displaces the carbon equivalent of driving 86 cars annually.

They wanted to know the story of our company, asking questions about us personally and professionally. Our passion and our commitment, it seems, were also a selling point. And, yes, we outlined the financials of our fund, how land leases from clean energy projects pay high rates for a long time.

Today, we told them, doing right and making money are not-so-strange bedfellows. They became one of our largest backers, choosing to invest in their ideals.

For us, that story is symbolic of the change in our industry. As the threat of climate change becomes ever more pervasive in daily life through intense storms, droughts, wildfires, and heat waves, we’ve found backers who want to see real-world changes.

They’re investing with their hearts as well as their minds. They are looking to the future or, more accurately, looking to preserve a future for their children and grandchildren. They are turning their backs on dying industries like coal, oil, and gas. They are not alone. According to a 2016 USSIF report, impact investing grew a staggering 33 percent from 2014 to 2016.

The investors who joined us this spring represent the present and the future. Companies, both public and private, money managers, policymakers and investors who have failed to see this shift, are already being left in the dust of the past, the dust of mountaintop strip-mining and red-dirt drilling.

Renewable energy is mainstream. Finally. Renewables were the most-added source of new generation in 2017. In an increasing number of regions, clean energy is the cheapest source of new electricity. Confidence in the clean energy sector can be seen in the large commitments made by major banking institutions.

We’ve known this was coming. Now, the public — and our investors — are grasping the reality of a renewable energy future. Rooftop solar panels are commonplace and are required on new homes in some California cities. The rise of the electric cars by Tesla and even more surprisingly by auto behemoths like General Motors with the Volt, speak volumes about where fossil fuels are headed. Solar photovoltaic installers and wind turbine service technicians have become the nation’s two fastest-growing occupations. Even the military looks at a low-carbon future as a security issue. The European Defense Agency  cites reducing greenhouse gases as “vital” while a Pentagon report says that more than 50 percent of U.S. strategic sites are threatened by climate change.

It has been a long road for us. John Copyak, our founder, saw the necessity of transitioning from fossil fuels and the promise of investing in land long before others did. We signed our first wind power lease in 2007. The financials have always been in our favor. Solar leases pay from 20 to 30 years and wind leases typically pay for nearly 35 years. Return rates are 5 percent before projects are built, but ramp up to 12-18 percent in the power-producing years. These things have been true for years, but old money has continued chasing old ideas.

Read Max's full article and see out the excellent photos as well at -  https://greenmoneyjournal.com/clean-energy-investing-changing-lives-changing-the-world