Capturing Rainwater Will Save GM Plant Millions of Dollars 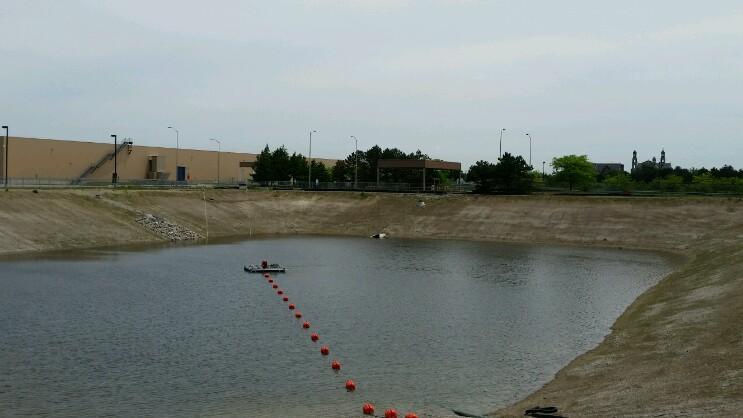 One of the stormwater retention ponds on the grounds of Detroit-Hamtramck Assembly.

Capturing Rainwater Will Save GM Plant Millions of Dollars

A new project to capture stormwater at GM Detroit-Hamtramck Assembly – home of the Chevrolet Volt – is slated to save the plant nearly $2 million every year. The initiative, two years in the making, now allows the plant to reuse rainwater for manufacturing processes throughout the 4 million square foot facility.

“Sustainability is a high priority at General Motors,” GM Manufacturing Manager Bill Shaw said.  “This project demonstrates how an engaged team can foster innovative ideas to achieve this priority, while increasing shareholder value through business results.”

The assembly plant had two stormwater retention ponds on its grounds, but paid fees to send excess water to the city’s treatment plant. These charges accounted for 14 percent of the plant’s entire utility bill. By creating a third pond enabling the site to hold 47 million gallons of water at one time – equal to a 100-year storm event, GM reduced environmental impact while saving $1.64 million annually.

Here’s how the system works:

After the upfront investment, the project will pay itself off in a little over a year. The project team included GM employees from facilities, engineering, government relations, legal, finance, and environmental, reinforcing the collaboration needed for such progress.

“I’m extremely proud of the team that came together to make this happen,” said Detroit-Hamtramck Assembly Plant Manager Gary West. “I challenge myself and our entire Detroit-Hamtramck family to chase perfection every day and that’s exactly what they did.”

GM is committed to reducing water intensity by 15 percent by 2020 over a 2010 baseline at its global facilities. From 2010 to 2015, the company reduced it by 10 percent. This stormwater reuse initiative at Detroit-Hamtramck Assembly reflects a commitment to resource conservation throughout GM’s global operations.