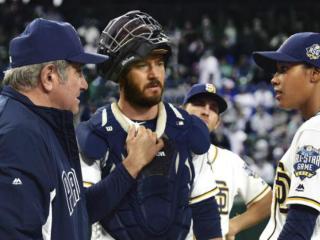 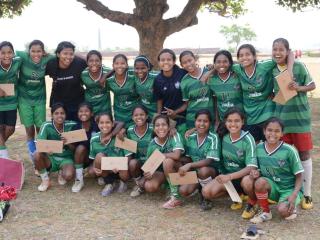 Founded in 1974 by tennis icon Billie Jean King, the Women’s Sports Foundation (WSF) works directly with local schools and leagues to help girls pursue their athletic passions. WSF has developed a comprehensive sports education curriculum, trains coaches and teachers, and helps rising female athletes with the costs of competition fees and travel. In 1987, WSF joined a coalition of organizations to celebrate the first National Girls & Women in Sports Day, and has been active in advocating for the progress of Title IX while expanding athletic opportunities for girls and women everywhere.

FOX Sports, a division of 21st Century Fox, has supported the Women's Sports Foundation since 2014, partnering with other sports networks to contribute a collective $2 million to the foundation's work. In September 2016, 21CF announced a new initiative to support the foundation’s ‘Sports 4 life’ program in honor of FOX’s new series, Pitch, which chronicles a fictional story of the first female major league baseball player. The partnership between 21CF and Sports 4 Life will help local communities break down barriers and encourage participation of African-American and Hispanic girls in youth sports programs.

STAR Sports, a 21st Century Fox division based in India, is also committed to expanding access to sports, and in 2014, organized a campaign to raise money for the YUWA young women’s soccer team. YUWA is a nonprofit working against female illiteracy, child marriage, and trafficking in the poorest parts of India—through education and extracurricular activities, the organization offers many girls and young women an alternative future of skills and empowerment. STAR Sports’ campaign for YUWA resulted in enough funds to cover the team’s entry fee and travel for the USA Cup, a goal these young women had been dreaming of ever since they got in the game.