Why the Clinton Global Initiative Is Needed Now More Than Ever

CGI returns after five years, picking up where it left off and catalyzing change through a deep commitment to “creative cooperation” and its new theme of “taking action together” 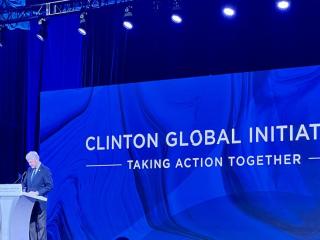 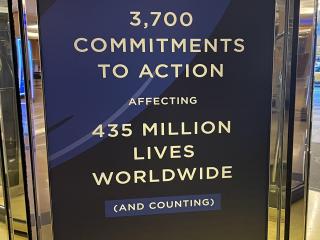 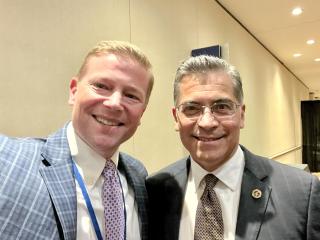 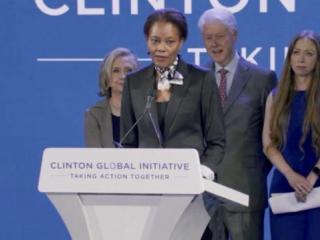 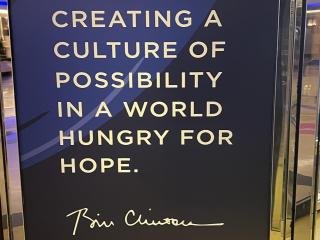 With his signature smile and a wave to the crowd, President Bill Clinton took the stage Monday at the opening plenary of this year’s Clinton Global Initiative (CGI). For the first time since 2016, CGI was back! And the excitement was palpable.

The former president kicked off the event with inspiring remarks, noting it was time to get back to work, time to focus on the hard “how” questions to make progress on our most pressing challenges. But the path ahead, he said, would be paved together, by utilizing the transformative power of what he called “creative cooperation” and rallying around CGI’s new theme of “taking action together.”

An event like no other
I had the chance to go to my first CGI back in 2007, attending with Rick Fedrizzi, who had been working closely with President Clinton on sustainable building initiatives. I distinctly remember the front page of the program, which featured a quote from Judith Rodin, who at the time was head of the Rockefeller Foundation. Her quote seemed to jump off the page: Partnership is the new leadership. It was certainly representative of what CGI was all about — inspiring us all to lock arms, dream bigger and do more. And up until that moment, I’d never been to anything like CGI. It was an event like no other.

Built on a deep collaborative ethos, CGI quickly emerged as a leading platform where transformative cooperative action was on full display year after year. The event introduced, and in many respects revolved around, a new currency based on taking action and being accountable to our intentions to make a difference, called commitments to action. Each commitment to action was designed to create and accelerate change, but was also rooted in specific, measurable and time-bound requirements. Today, quite extraordinarily, CGI has fostered more than 3,700 such commitments affecting approximately 435 million lives worldwide.

The 10-year anniversary of IWBI’s commitment to reimagine our buildings as vehicles for health
Almost exactly 10 years ago, from the main stage at CGI, President Clinton announced one of those commitments to action — a bold idea to forever change how we think about buildings and health. He introduced our commitment to create the WELL Building Standard, shining a light on the mission to transform health and well-being through buildings and organizations. “The WELL Building Standard is the world’s first building standard focused exclusively on people’s health and wellness,” said the press release announcing the commitment. Two years later, at the end of 2014, that commitment was fully achieved with IWBI’s launch of the first version of the WELL Building Standard (WELL). Fast forward to today and WELL is now being used in 125 countries, by more than 100 of the Fortune 500 and across more than 4 billion square feet of real estate.

CGI 2022 takes up a renewed focus on health equity
This year, much of CGI’s programming and several of its key speakers focused on pressing global health challenges, including issues that align closely with IWBI’s mission, such as health equity, mental health, the connection between planetary health and human health and the importance of elevating health across the ESG landscape.

In a key session on the “Future of Health,” speakers explored what needs to be done to better horizon-plan for the next wave of global health challenges and how to ensure our solutions reach those most in need. Another executive session asked about how to prepare for and prevent the next pandemic. Numerous notable global health leaders and experts were on hand to lead these conversations, including philanthropist Melinda French Gates, head of the U.N. Population Fund Dr. Natalia Kanem, the U.S. Health and Human Services (HHS) Secretary Xavier Becerra, U.S. Surgeon General Dr. Vivek Murthy and the World Health Organization (WHO) Director-General Dr. Tedros Adhanom Ghebreyesus.

In another session, looking at the role of investors and ways to better support meaningful social corporate impact, speakers focused on how to measure and make progress on the “S” in ESG, acknowledging the increasing importance of the health and well-being of employees. Another session topic was on the ongoing youth mental health crisis, where several expert speakers discussed strategies to better support young people amid multiple existential threats.

Other major health questions came up in the context of building resilience to an already changing climate, which is bringing with it a new level of destruction and devastation that is disproportionately impacting our most vulnerable communities. The message was clear that climate change is not only an environmental catastrophe, but an ever-increasing global health crisis with dire ramifications for underserved and vulnerable populations if we don’t act.

“Equity is the only acceptable goal.”
Throughout the event, the idea of taking action together and driving equity rang loud and true, permeating not just the commitments announced during the event but also in how we think about our solutions moving forward. In many respects, this very message was personified by the late Paul Farmer, a global health champion who founded Partners in Health. In one plenary session, his wife Didi Bertrand Farmer, alongside the Clinton family, shared a touching tribute to Paul and his lifelong work dedicated to social justice and bringing quality health care for all. In this noble pursuit, Paul would often say, “Equity is the only acceptable goal.”

President Clinton echoed this sentiment in his close, saying, “We should model, live and create an alternative future where what we have in common is more important than our interesting differences.” Thank you President Clinton, Secretary Clinton and Chelsea. At a time when we needed it more than ever, you brought CGI back, reminding us again how to move forward on the challenges we face — by putting people first, lifting everyone up and taking action together. 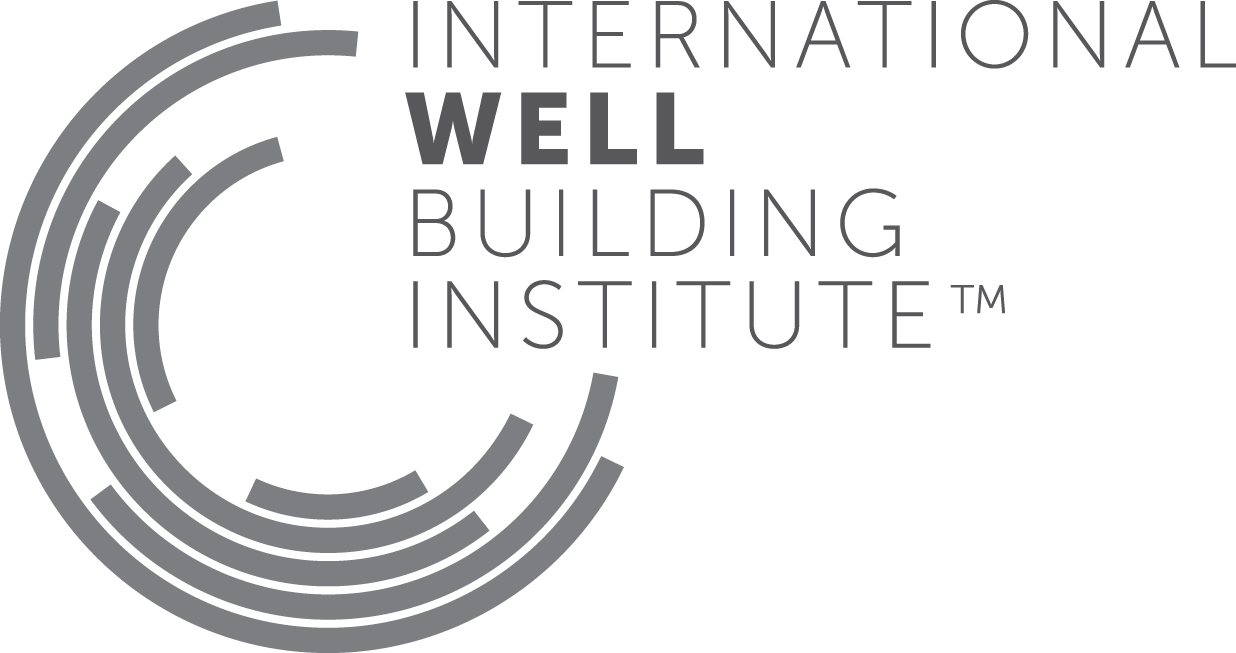 How To Design Workplace Programs for Mental Health, According to One Chief Medical Officer

The WELL Equity Rating: A Rating To Meet the Moment

2022 Was the Tops for Advancing People-First Places

IWBI Launches the WELL Equity Rating to Advance Organizations and Places Where “Everyone Feels Welcome, Seen and Heard”