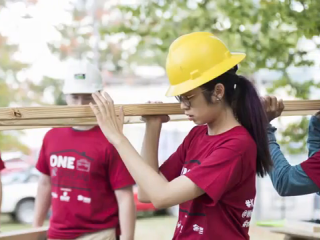 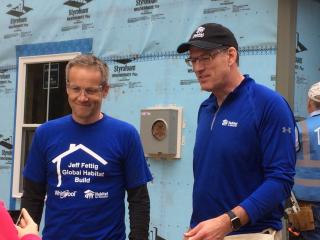 “What better way to recognize the standard of giving back set by our Chairman and former CEO, Jeff Fettig, than to collectively build homes around the world in his honor,“ said Jeff Noel, the corporate vice president of communications & public affairs for Whirlpool Corporation. “At the same time, we’re celebrating our long-standing relationship with Habitat for Humanity. Jonathan Reckford, CEO of Habitat for Humanity International, gave his time to hammer nails alongside our employees, honoring our collaborative work building homes and positively impacting society for nearly two decades.”

In more than 17 years of partnership with Habitat for Humanity, Whirlpool Corporation has:

More information on Whirlpool Corporation’s work with Habitat for Humanity is available here.

Whirlpool Corporation (NYSE: WHR) is the number one major appliance manufacturer in the world, with approximately $21 billion in annual sales, 93,000 employees and 70 manufacturing and technology research centers in 2016. The company markets Whirlpool, KitchenAid, Maytag, Consul, Brastemp, Amana, Bauknecht, Jenn-Air, Indesit and other major brand names in nearly every country throughout the world. Additional information about the company can be found at WhirlpoolCorp.com, or find us on Twitter at @WhirlpoolCorp.