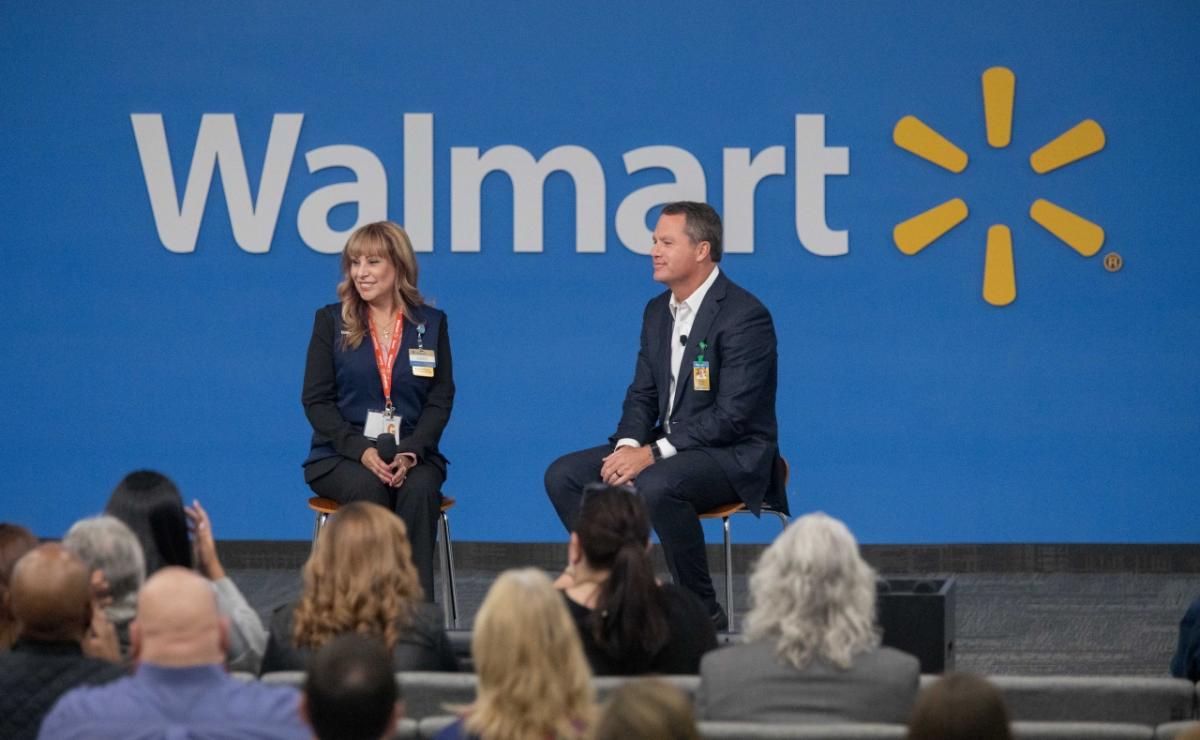 BENTONVILLE, Ark., November 12, 2018 /3BL Media/ – Walmart today announced it will give hiring preference to military spouses, becoming the largest U.S. company to make such a commitment. The Military Spouse Career Connection, a new initiative by Walmart to recruit and hire military spouses, complements the 2013 Veterans Welcome Home commitment, enhanced in 2015, to hire 250,000 military veterans by 2020, a goal it is on track to surpass next year.

There are more than 500,000 active duty military spouses nationwide. While the U.S. jobless rate hovers at four percent nationally, military spouses face a 26 percent unemployment rate and a 25 percent wage gap compared to their civilian counterparts. A full 77 percent of these spouses want or need work, yet frequent relocation is often a barrier to finding and maintaining a rewarding career, according to the Department of Defense Military Spouse Employment Partnership.

“Military spouses are unsung heroes,” said Walmart President and CEO, Doug McMillon, today during a Veterans Day ceremony at the company’s headquarters in Bentonville. “They serve in partnership with their uniformed spouses, and we want to honor them and help them find a job or build an amazing career. To military spouses: You’ve got a home at Walmart!”

Military spouses are diverse, entrepreneurial, adaptable, educated, team-oriented and civically engaged, according to Syracuse University’s Institute for Veterans and Military Families. Nearly 85 percent have some college education or higher. A quarter have a bachelor’s degree and 10 percent have an advanced degree.

“We have a duty to honor veterans and military families,” said Retired Brig. Gen. Gary Profit, senior director of military programs for Walmart. “But, more importantly, they are tremendous assets to our business. Military spouses bring many of the same leadership qualities we see in veterans, yet they are disproportionately unemployed. We welcome them to Walmart and hope they will consider us for the next step on their career journey.”

Through the Military Family Promise, Walmart has long offered military spouses and veterans the ability to transfer from one Walmart or Sam’s Club location to another when a spouse is transferred because of the military. The Military Spouse Career Connection takes the company’s commitment one step further by offering any military spouse with a current Uniformed Services Identification Card hiring preference when they apply for a job with the company beginning on November 12, 2018. All candidates must meet the standard hiring criteria, and available positions can be found at walmartspouseswithamission.com.

The news comes as Walmart reports hiring more than 212,000* veterans since full implementation of the Veterans Welcome Home Commitment, and, with over 32,000 veteran associates promoted since joining the Walmart and Sam’s Club teams, they are turning opportunities into careers.

Walmart today also honors veterans across the country with dozens of in-store ceremonies and events. Nationally, Walmart associates and local stores shared Facebook “thank you” messages to Veterans, their spouses and families.

*Editor’s Note
These projections and reported hires/promotions include veterans hired under Walmart’s original and expanded Veterans Welcome Home Commitment as well as other veterans hired by Walmart in this time frame. While Walmart thinks it is particularly important to support veterans as they make the transition to civilian life, Walmart believes all of them deserve respect and support, no matter when they left active duty.

About Walmart
Walmart Inc. (NYSE: WMT) helps people around the world save money and live better - anytime and anywhere - in retail stores, online, and through their mobile devices. Each week, nearly 265 million customers and members visit our more than 11,200 stores under 55 banners in 27 countries and eCommerce websites. With fiscal year 2018 revenue of $500.3 billion, Walmart employs over 2.2 million associates worldwide. Walmart continues to be a leader in sustainability, corporate philanthropy and employment opportunity. Additional information about Walmart can be found by visiting http://corporate.walmart.com, on Facebook at http://facebook.com/walmart and on Twitter at http://twitter.com/walmart.

The Walmart Foundation Awards a $600,000 Grant to Boys & Girls Clubs of America in Support of Food Access Program for Youth in Native Communities

Spark Good: A New Way To Give Back Just in Time for the Holidays

Accelerating Regeneration for a Decade of Action

Walmart and P&G Partner With TerraCycle To Launch Recycling Program

Zero Sum: How Walmart Transportation Is Working To Reduce Emissions Now and in the Future